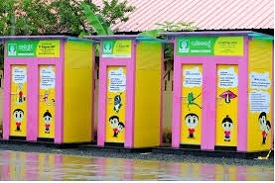 Chennai has become the first Indian city to have a total of 183 self-cleaning public eToilets installed. They can be located through an Android app called eToilet. Each automatic unmanned toilet cleans comes equipped with sensors for exhaust fan and light to ensure that they consume less water and power.

The smart toilets are work of Eram Scientific Solution, an Indian social enterprise. In 2012, it even won a grant of $450,000 from the Bill and Melinda Gates Foundation. 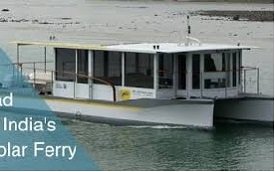 A 75-seater solar-powered passenger ferry, being built by NavAlt, a Kochi-based joint venture, in collaboration with a French company, is expected to be commissioned within the next three months at Aroor in Alappuzha district.

The cost of the first of its kind boat is Rs.1.7-crore and it will make no noise or cause any pollution, unlike the diesel powered ones. It may work out to be a cheaper option too. The 20-meter-long, 7-meter-wide boat, with a maximum cruising speed of 7.5 knots, is to be deployed in the backwaters of Alappuzha by the Kerala State Water Transport Department (KSWTD). 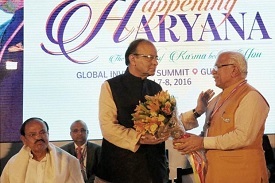 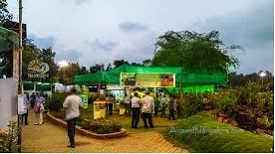 Horticulture crops are the mainstay of Mangaluru and the said honey festival is aimed at encouraging apiculture among farmers of the district.

Apart from increasing the productivity of horticulture crops, apiculture also provides a good source of income to farmers. Deputy Director of the Karnataka Horticulture Department, said bee colonies of various species and materials required for bee-keeping would be displayed at the festival.

The Dakshina Kannada Bee-Keepers’ Cooperative Society will make arrangements for the sale of honey at the festival. The organizers will also conduct a bee-keeping training program as part of the honey festival on March 13, he said. 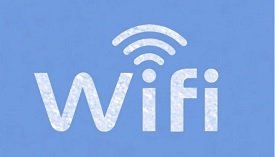 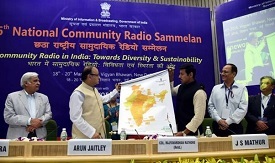 The 6th National Community Radio Sammelan was inaugurated by Union Information and Broadcasting Minister Arun Jaitley in New Delhi. He said 191 community radio stations are currently working and more than 400 new stations have been permitted.

The theme of the three day Sammelan is "Community Radio in India: Towards Diversity and Sustainability. Community radio is known for its role in good governance and community learning and promoting livelihoods, water conservation, financial inclusion and literacy. 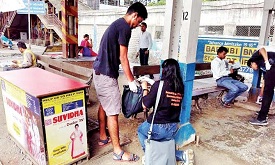 21/03/2016. Students of Wilson College in Mumbai have adopted the Charni Road station here for cleanliness and upkeep as part of the Swachch Bharat Abhiyan. The students put up posters, performed street plays and songs and gifted water purifiers and plants.

Governor and Chancellor of the University CH Vidyasagar Rao congratulated the college for its excellent initiative. A week back, students of Mithibai College adopted the Vile Parle station.

News 8 − 4-day National AROGYA Fair to Be held in Goa. 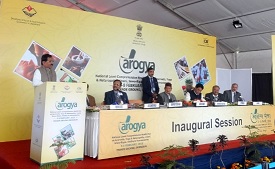 The four-day National AROGYA fair, organized by AYUSH Ministry and Confederation of Indian Industry, will be held in Goa from March 26-29 with the objective of promoting and popularizing Indian Medicine Systems to the general public and update industry of the latest developments in the sector.

Free medical check-ups, distribution of medicines and technical sessions will be organized during the fair. Approximately, 15,000-20,000 people are expected to attend the four-day event.