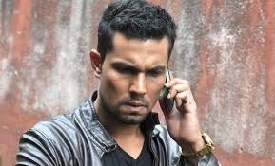 The award was presented to Mr. Hooda by the Parliamentary Secretary for Tourism Danielle Green. He also accepted to become an ambassador of ‘Bully Zero Australia’. 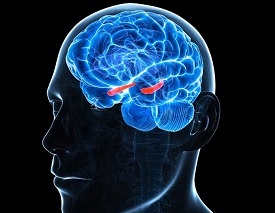 The prize worth one million euros is awarded each year for an "outstanding contribution to European neuroscience". 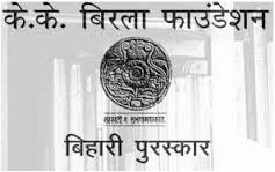 Dr. Bhagwati Lal Vyas has been nominated for the 2015 Bihari Puraskar. He will awarded for his anthology of Rajasthani poems 'Katha Sun Aawe Hai Sabad'. The award carries a cash prize of 1 lakh Rupees, a citation and a plaque. Dr Vyas, also a Sahitya Akademi recipient, has highlighted the increasing tendencies of commercialization and degradation of human values through his poetry.

The award was instituted by K K Birla Foundation in 1991. It is given annually for an outstanding literary work in Hindi or Rajasthani published during last 10 years by a Rajasthani writer.

News 4 - Manoj Kumar to be conferred Dadasaheb Phalke Award for the year 2015. 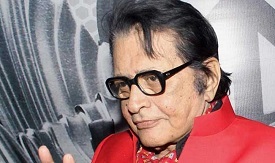 Veteran Film Actor and Director Shri Manoj Kumar is to be conferred the 47th Dadasaheb Phalke Award for the year 2015. Award is conferred by the Government of India for outstanding contribution to the growth and development of Indian Cinema. The Award consists of a Swarn Kamal (Golden Lotus), a cash prize of Rs. 10 lakhs and a shawl.

Last year, the Dadasaheb Phalke award was given to Shashi Kapoor. 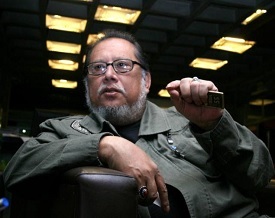 Veteran playwright and director and the current chairman of the National School of Drama, Ratan Thiyam will be awarded with the prestigious Lifetime Achievement Award for 2016 at the 11th edition of Mahindra Excellence in Theatre Awards (META).

The award will be given to him for creating a new language in theatre and for his various roles as writer, director, designer, composer and choreographer. 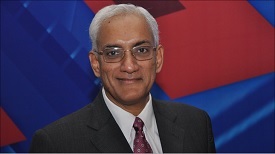 Srinivasan K Swamy, Chairman and Managing Director, R K Swamy BBDO was awarded the Distinguished Service Award given by Advertising Club Madras for his outstanding contribution to the advertising industry.

The award was presented by N. Murali, Co-Chairman, Kasturi and Sons Limited (The Hindu Group). 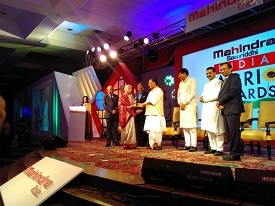 Dr. Patel had played a pivotal role in the implementation of Operation Flood to promote, finance and deliver a variety of supporting services to a national cooperative dairy structure. It helped transform the lives of millions of marginalized and small farmers and milk producers. 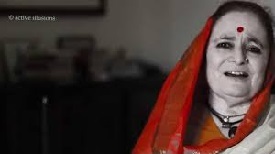 Eminent Dogri poetess and writer Padma Sachdev was awarded Krutitava Smagra Samman for 2015 by the Bharatiya Bhasha Parishad in Kolkata, West Bengal for her outstanding contribution in literature and great service to Dogri Language. The award carries an amount of Rs. 1 lakh, a shawl, and citation.

Padma Sachdev has won the Sahitya Akademi Award at the young age of thirty for her first collection of Dogri poetry titled Mere Kavita. She is also a Padma Shri recipient. 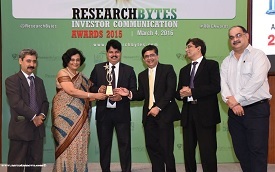 NTPC Ltd has been conferred the Research Investor Communication Award amongst the “Large Corporates” category for following transparent and fair communication practices by Research Bytes in an independent poll having participation of over 3000 Fund Managers/Analysts/Non Institutional Investors.

The award recognizes NTPC’s effort in building a strong ecosystem based on consistent and regular communication with investors across the globe in a fair and transparent manner. 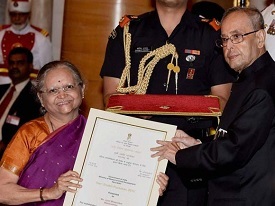 The President of India, Shri Pranab Mukherjee conferred the ‘Nari Shakti Puraskar-2015’on the occasion of International Women’s Day. The awards are given every year by the Ministry of Women & Child Development to institutions and individuals who have made exceptional contribution towards empowerment of women. 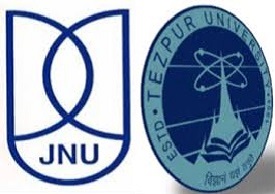 Awards were presented by President Mr. Pranab Mukherjee to the awardees at a function held at Rashtrapati Bhavan on 14 March 2016. Tezpur University received a Citation and Trophy while winners of Visitor’s Award for Innovation and Research will receive a citation and cash award of one lakh rupees. 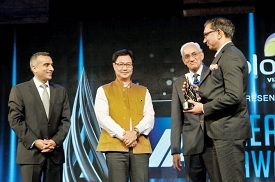 Bharat Patel of Procter and Gamble: Inducted in the IAA Hall of Fame for his contribution in building the Vicks brand in India and popularizing it as a household name.

The recipients of awards in other various categories are − 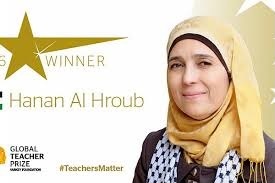 A Palestinian primary school teacher, Hanan Al Hroub, won one-million-dollar Global Teacher Prize for educating her students about non-violence, beating nine other finalists from around the world, including an Indian, Robin Chaurasiya. She grew up in a Palestinian refugee camp and now is a teacher of refugees herself. Hroub runs the Samiha Khalil High School in Al-Bireh, Palestine.

The Global Teacher Prize is a 1 million US dollar award set up by Kerala-born entrepreneur and educational philanthropist Sunny Varkey, to recognize one exceptional teacher who has made an outstanding contribution to the profession. 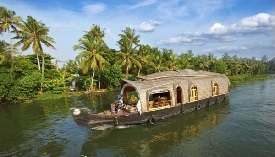 Kerala Tourism had earlier won the Ulysses Prize of the United Nations World Tourism Organization (UNWTO) for its contribution as a global leader to sustainable tourism.

The Media Foundation's Chameli Devi Jain award for 2015-16 has been jointly awarded to Priyanka Kakodkar and Raksha Kumar for work that combines social concern and compassion with ground-breaking reportage and sharp analytical skills.

The annual Chameli Devi Award of the Media Foundation is the premier award for women media persons in India. 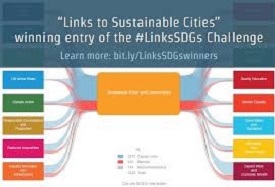 The United Nations announced that Abdulqadir Rashik won the Unite Ideas #LinksSDGs Data Visualization Challenge. Mr. Rashik, a software engineer, entrepreneur and founder of India-based Miavy Systems, was awarded the Challenge’s top prize for his submission “Links to Sustainable Cities”, an interactive visualization that identifies and maps the links between Sustainable Development Goal 11, Sustainable Cities and Communities, and the other 16 Goals.

The project was a collaboration between the Division for Sustainable Development and the Office of Information and Communications Technology. 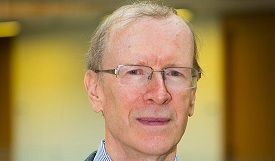 British mathematician Sir Andrew Wiles on 15th March 2016 has been announced as this year’s recipient of the Abel prize, widely regarded as the Nobel for mathematics. The award is given by the Norwegian Academy of Sciences and Letters in Oslo. The award carries a prize money of 600,000 Pound.

He won the award for solving a centuries-old hypothesis, Fermat's Last Theorem.

The 10th Asian film awards were declared in Macau, China. 'The Assassin' bagged prizes for, best actress and best director. It received eight out of 15 trophies announced in the ceremony. 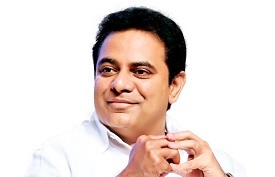 The Skoch Challenger of the year Award was awarded to IT Minister of Telanagana KT Rama Rao for his initiative in establishing the path breaking tech incubator T-Hub.

The Skoch Lifetime Achievement Award was conferred on Urban Development Minister M. Venkaiah Naidu for his contributions to inclusive growth and towards poverty alleviation in India. on 18 March 2016 conferred with.

The awards were conferred at 43rdSKOCH summit held in New Delhi. Skoch Challenger Awards is the highest independently instituted civilian honors and conferred for the efforts in the area of digital, financial and social inclusion. 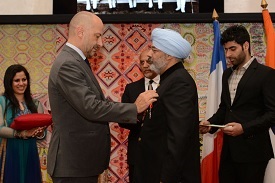 French ambassador to India Francois Richier bestowed the prestigious Knight of the Legion of Honour to Tikka Shatrujit Singh, the royal scion of Kapurthala’s Ahluwalia dynasty for his “extraordinary work in the exchanging the French lifestyle and Indian culture with each other.”

Singh, known as the “guru of luxury,” is the Advisor to the Chairman of multinational group Moët Hennessy-Louis Vuitton (LVMH). The Legion d’Honneur, created in 1802 by Napoleon Bonaparte, is the highest civilian award given by the French Republic for outstanding service to France, regardless of the nationality of the recipients. 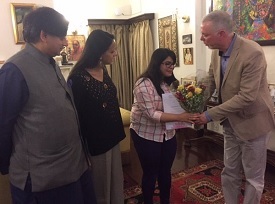 The award was founded by Noor Inayat Khan Memorial Trust in the memory of Noor Inayat Khan, famous World War II heroine, to promote the message of peace, non-violence and religious and racial harmony. The award consists of 1,000 pounds and certificate. 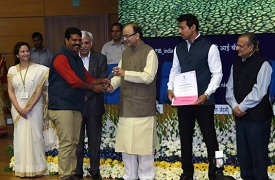 Amateur category award was given for works on the theme – ‘Save Mother Earth’, while the theme for professional photographers was ‘Festivals of India’.

The Directorate of Film Festivals of India presented the 63rd National Film Awards to honor the best films of 2015 in the Indian cinema. The award ceremony will be held on 3 May 2016. 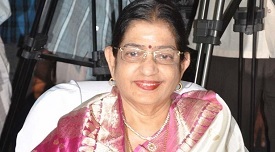