NASA astronaut and Expedition 46 Commander Scott Kelly and his Russian counterpart Mikhail Kornienko returned to Earth Tuesday after a historic 340-day mission aboard the International Space Station. They landed in Kazakhstan. Joining their return trip aboard a Soyuz TMA-18M spacecraft was Sergey Volkov, also of the Russian space agency Roscosmos. Scott has become the first American astronaut to spend a year in space. 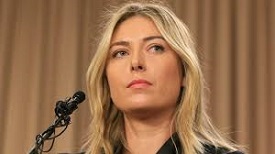 Maria Sharapova failed a drugs test at the Australian Open after she tested positive for Meldonium.

She was provisionally suspended from March 12th pending further action. She is the seventh athlete in a month to test positive for meldonium, which is used to treat diabetes. Meldonium was only banned by the World Anti-Doping Agency as of Jan 1, 2016. 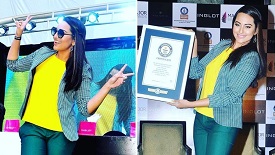 Actress Sonakshi Sinha has entered into Guinness World Records title after she along with several other women participated in an initiative to set a record for ‘most people painting their fingernails simultaneously’.

The event was organized on the occasion of International Women’s Day in collaboration with Inglot, manufacturers in color cosmetics, and its Indian franchise partner Major Brands.

News 4 - Astronaut Scott Kelly to Retire from NASA in April. 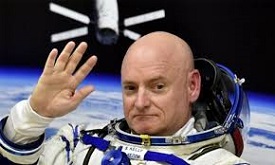 NASA astronaut and one-year crew member Scott Kelly will retire from the agency, effective April 1. Kelly joined the astronaut corps in 1996 and currently holds the American record for most time spent in space.

After retiring, Kelly will continue to participate in the ongoing research related to his one-year mission. Pallavi Fauzdar became the first solo woman to ride across the Mana Pass in Uttarakhand. She registered her name in the Limca Book of Records. She hails from Agra.

Mana is situated at an altitude of 5,638 m (18,497 ft) above sea level, on the border between India and Tibet. It is one of the most difficult biking trails.