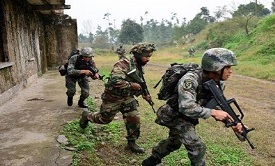 The exercise was conducted from 15 February to 28 February 2016. The SPDF was represented by 20 personnel from Tazar (Special Forces Unit) and 32 from Seychelles Infantry. The Indian contingent comprised of an Infantry platoon and representatives from the Special Forces. The concluding phase of the Exercise, incorporated a tactical exercise.

News 2 - “Exercise Force 18” of military of ASEAN Plus Countries Starts in Pune. 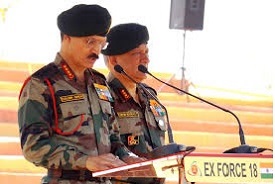 A 7-day long multinational Field Training Exercise of around 300 military personnel participants from ASEAN plus countries started at Aundh Military Station in Pune on 2nd March, 2016. It will conclude on 8th March. "Exercise Force 18" is the largest ground forces operation ever conducted on Indian soil and the theme of the exercise is `Humanitarian Mine Action’ (HMA) and `Peacekeeping Operations’ (PKO). 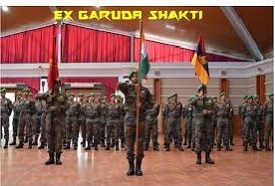 The fourth edition of the India-Indonesia Joint Training Exercise Garuda Shakthi IV will be conducted for 13 days from 10 to 23 March 16 at Magelang, Indonesia in which an Indian Army platoon strength contingent will carry out cross training with a platoon from the Airborne battalion of the Indonesian Army.

The exercise will be on a joint counter insurgency operation with the setting of both rural and urban scenarios. 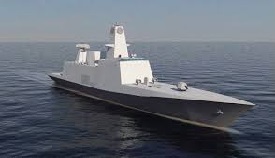 The defence ministry accorded approval for Rs 13,000 crore weapons and sensors package for the seven new stealth frigates for the Navy being constructed by defence shipyards.

It has also provided approval for the Rs 7,200 crore project to indigenously manufacture 244 air defence guns for the Indian Air Force.

The Rs 13,000 crore package for stealth frigates will be undertaken on a "single vendor and repeat order basis" The package will include BrahMos supersonic cruise missiles, Ajanta electronic warfare systems and Humsa-NG radars 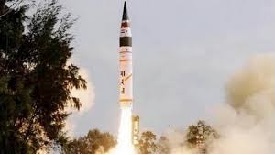 Agni-I missile is equipped with sophisticated navigation system which ensures it reaches the target with a high degree of accuracy and precision. 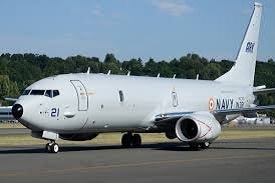 The will help in curbing illegal activities and piracy as well as contribute towards security and stability in the Indian Ocean Region. 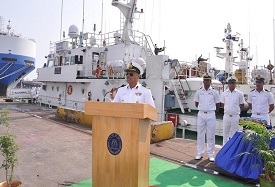 ICGS Arnvesh of the Indian Coast Guard (ICG) was commissioned in Visakhapatnam. The Fast Patrol Vessel (FPV) will primarily focus on surveillance at the sea, coastal patrol, anti-smuggling operations, anti-piracy apart from the routine search and rescue operations.

The 300-tonne and 50-m long vessel is propelled by triple Rolls Royce Kamewa water jets. It can achieve a maximum speed of 33 knots. Arnvesh is the 16th vessel among the 20 vessels in this category being constructed by Cochin Shipyard Limited.

News 8 - DRDO Develops Thermal Imaging Radar that can look through a wall.

DRDO Electronics & Radar Development Establishment (LRDE) has developed a radar that can look through a wall. The Through Barrier Imaging Radar has been named 'Divyachakshu' (divine eye) and is going through development trials now.

It can look through walls of 20-30 cm thickness made of any material, by using thermal imaging up to a distance of 20 meters.

News 9 - Ashok Leyland ties up with US Firm to Develop Defence Systems.

Ashok Leyland would serve as the prime contractor whereas Lockheed Martin’s High Mobility Vehicle or Common Vehicle Next Generation (CVNG) will provide the base platform for this development effort.

News 10 - Tata Motors to supply another 619 HMV trucks to the Indian Army. 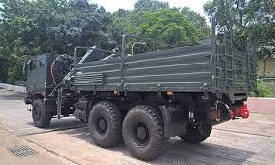 Tata Motors have signed a follow-on contract with the Indian Army. Tata Motors will supply 619 units of its 6X6 high-mobility vehicle (HMV) multi-axle truck to the army as per the agreement.

The Indian Army had earlier given an order of 1239 units of the 6X6 HMV. The truck has an in-built crane for loading and unloading of ammunition pallets, spares and other operational equipment. 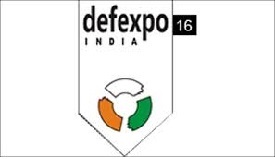 The 9th edition of the four day Defence Expo 2016 started in Goa. The Expo is being held outside New Delhi for the first time. The 2016 theme is “Rise of Futurism”.

Defence Expo 2016 is the country's biggest land, naval and homeland security exhibition. The Expo will see participation of 1,053 companies from 47 countries.