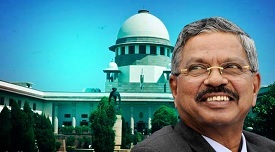 His appointment was announced under the Protection of Human Rights Act, 1993, by the President on the recommendation of the high-powered committee headed by the Prime Minister for the tenure of 5 years.

He took over the position from Justice C. Joseph, who has been the acting Chairperson since the end of the five-year term of former Chairperson K. G. Balakrishnan.

News 2 - Hashim Thaci is the new President of Kosovo 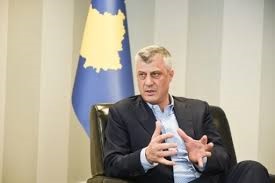 The Members of Parliament of Kosovo elected Foreign Minister Hashim Thaci as the new president. The opposition members of the parliament boycotted the event because they accuse Thaci of being responsible for two deals with Serbia and Montenegro that they reject. Thaci succeeded Atifete Jahjaga.

He was a guerrilla leader during a conflict that led to Kosovo which unilaterally declared independence from Serbia in 2008. 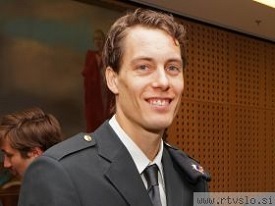 At the IAAF Athletes’ Commission meeting in Monaco, Rozle Prezelj was elected as the new Chairman. Prezelj represented Slovenia in High Jump at three Olympics and four IAAF World Championships.

He takes over as Chairman of the commission from Frank Fredericks with immediate effect. 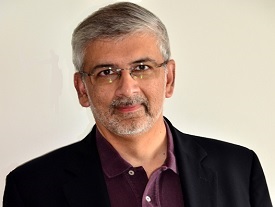 Sanjiv Kapoor has joined Vistara Airlines as the Chief Strategy and Commercial Officer. Kapoor will take over from Giam Ming Toh, who is returning to Singapore Airlines on completion of his deputation with Vistara.

Kapoor is responsible for in-flight services and ground operations of the carrier. He has over 19 years of experience in the airline industry in various leadership and consulting roles. 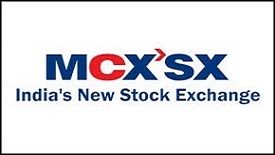 The current Joint Managing Director of MCX, Parveen Kumar Singhal, has been re-designated as the President and full-time Director with effect from April 1, 2016. 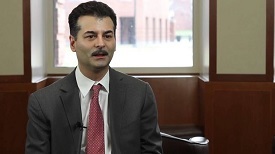 Independent investor Sunil Sabharwal has been reappointed as Alternate Executive Director at the IMF. He was first nominated by the US President Barack Obama in April 2014 and now re-nominated in March 2015. Prior to his appointment, Mr. Sabharwal was board chairman of Ogone, a European e-commerce payment services firm, from 2011-13.

With 16.81% of the voting shares of US in the IMF, it becomes one of the most powerful positions in IMF.

News 7 - TCS CEO N. Chandrasekaran appointed to Board of RBI 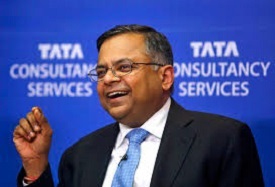 The Appointments Committee of the Cabinet (ACC), headed by Prime Minister Narendra Modi, has approved appointment of Natarajan Chandrasekaran, CEO and MD of TCS; Sudhir Mankad, former Chief Secretary of Gujarat; and Bharat Narotam Doshi, non-executive chairman of Mahindra & Mahindra as part-time non-official directors to the board of Reserve Bank of India (RBI) for a period of 4 years. 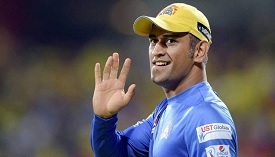 The Company also has plans to telecast a new ad campaign featuring Dhoni, which will go live throughout the ICC T20 World Cup. 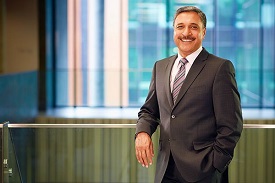 Saini completed his undergraduate and master’s degrees at the Punjab Agricultural University in Ludhiana, and doctorate in plant physiology from the University of Adelaide. 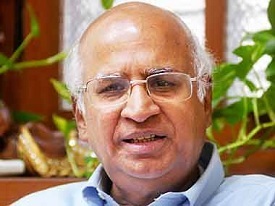 Ater S Ramadorai retired as Chairman of BSE. Sudhakar Rao will succeed him as the new Chairman of BSE and new Public Interest Director subject to SEBI approval.

Rao, a retired IAS Officer of the 1973 batch, has previously held several positions in state and central government level. Mr. Rao is an Independent Director on the boards of several companies (including L&T IDPL, USL, HCG and IFFCO-TOKIO). He completed his three year term as an Independent Director on the Board of Indian Oil Corporation Limited in 2014. 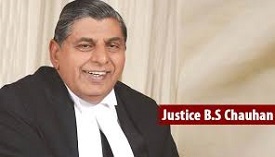 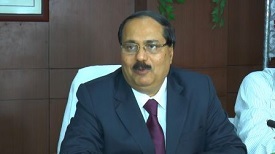 Tapan Chand has been elected as chief of Aluminum Association of India. Prior to his appointment, he was Chairman and Managing Director of National Aluminum Company.

Aluminum Association of India represents the entire spectrum of Indian Aluminum Industries. As president of the trade body, he is to approach the Union Ministry of Mines, for the revival of Aluminum Development and Promotion Council and Development Committee on Aluminium Utilization. 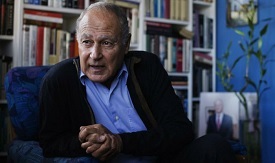 The Arab League has unanimously voted veteran Egyptian diplomat Ahmed Abul Gheit (73 as its Secretary General at its ministerial meeting held in Cairo, Egypt. He will succeed Nabil El-Araby whose term ends in July 2016.

Abul Gheit is a former ambassador of Egypt to the United Nations and also served as Egypt’s foreign minister from 2004 to 2011 during the final seven years of Hosni Mubarak’s rule. 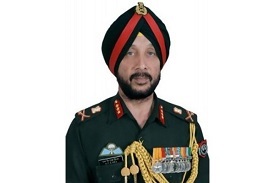 Lieutenant General (Lt Gen) N P S Hira has been appointed as Deputy Chief of Army Staff. Currently he is posted as Chief of Staff of Northern command at Udhampur, Jammu and Kashmir. He has earned an Ashok Chakra, Kirti Chakra, Shaurya Chakra and many more gallantry awards.

The General had commanded the 10 Infantry Division in Jammu and Kashmir on the Line of Control with distinction for which he was awarded the Ati Vishisht Seva Medal. 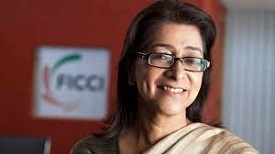 Altico Capital is a foreign owned and controlled NBFCs with a net worth Rs 2,000 crore and is well capitalized to capture loan growth opportunities being presented due to the capital constraints in the banking system. 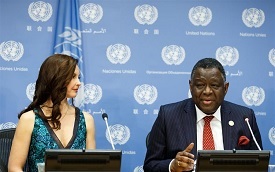 Acclaimed humanitarian, actor and writer, Ashley Judd, was appointed UNFPA’s newest Goodwill Ambassador on 15th March 2016. As a UNFPA Goodwill Ambassador, she will support the efforts of UNFPA to end discrimination against women in all forms and promote their well-being.

Ashley and UNFPA will be joining forces to raise awareness to empower women to choose when and how often to become pregnant. 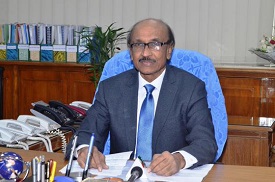 Immediately after the resignation of Atiur Rahman, former finance secretary Fazle Kabir was appointed the 11th Governor of the Bangladesh Bank, the central Bank of Bangladesh.

Atiur Rahman had resigned after taking moral responsibility over electronic theft of 101 million US dollars from the central bank's account with the New York Federal Reserve Bank. 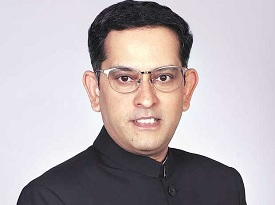 AirAsia India has appointed Amar Abrol as its Chief Executive Officer with effect from 1 April 2016. He will succeed Mittu Chandilya. Before joining AirAsia India, Mr Abrol was CEO of Tune Money. He spent 19 years with American Express.

In other announcements, AirAsia India also announced the appointments of Ankur Khanna as the Chief Financial Officer and Kiran Jain as the Head of Commercial. 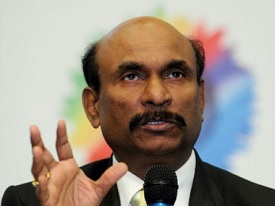 Honeywell Automation India Ltd (HAIL) appointed former Wipro CFO Suresh Senapaty as its Chairman. He has been appointed as an Additional Director (Non-Executive, Independent) and as Chairman of its Board of Directors. He succeeds Surendra L. Rao.

Mr. Senapaty has experience of over three decades in finance, governance, and strategy. Suresh Senapaty will be responsible for contributing to HAIL’s overall strategy and to provide counsel on corporate governance, business, and financial matters. 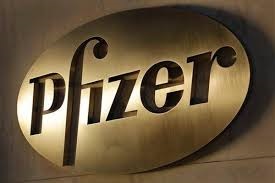 Pharmaceutical giant, Pfizer, appointed Mr. S Sridhar as its new Managing Director (MD) with immediate effect for a period of five years. S. Sridhar has been working with Pfizer from past 10 years.

Prior to joining Pfizer, he worked with Diageo India Pvt. Ltd as the Finance Director. Sridhar's appointment will be subject to the approval of shareholders at the ensuing Annual General Meeting of the company. 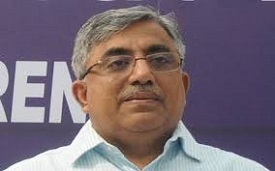 Sudhir Raheja has been given additional charge of the Airport Authority of India (AAI), Chairman. He has been appointed after the tenure of Mr. R K Srivastava tenure was curtailed by the government.

The Airports Authority of India (AAI) is responsible for creating, upgrading, maintaining and managing civil aviation infrastructure in India. 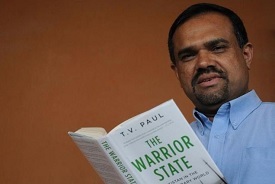 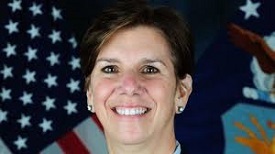 Defense Secretary Ashton Carter announced that Air Force Gen. Lori Robinson has been nominated to be the head of U.S. Northern Command, making her the nation’s first female combatant commander. President Barack Obama has approved the choice, and now her nomination depends on Senate approval.

She is currently commander for the Pacific Air Forces and enrolled in the Air Force in 1982. 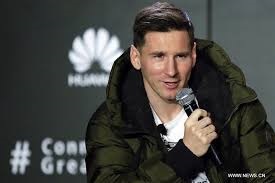 Soccer superstar Lionel Messi was appointed as Huawei global brand ambassador for its consumer business group that deals in mobile devices. The deal is especially attractive for Huawei, which is looking to expand its reach in Europe, Asia and Latin America.

Huawei shipped 108 million smartphones in 2015 and became the third-largest player after Apple and Samsung. It has associated itself with cricket as a sponsor of IPL team RCB.

NHRC, India will now be representing Asia-Pacific Region along with Mongolia, Qatar and Australia. 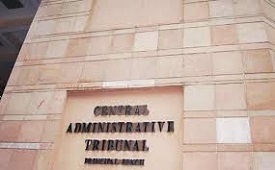 The Appointments Committee of the Cabinet has approved the appointment of Justice Permod Kohli, retired Chief Justice of Sikkim High Court as Chairman in the Central Administrative Tribunal for a period of 05 years with effect from the date of assumption of charge of the post, or till attaining the age of 68 years, whichever is earlier.

The Central Administrative Tribunal exercises original jurisdiction in relation to recruitment and all services matters of public servants covered by it. 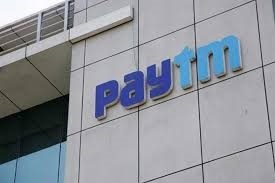 Paytm appointed ex-head of Alibaba Group Holding’s wholesale business, Bhushan Patil as the company’s new President after serving 5.5 years at the Chinese company, where he was handling operations of Alibaba.com. He will now focus on building Paytm’s cross border commerce.

On the announcement, Bhushan Patil said, "It is indeed an honour to be a part of the Paytm vision and strategy both towards national cashless economy and the plan to take Paytm overseas." 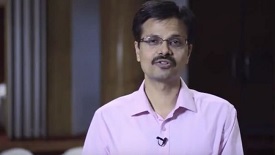 He will be a part of the four-member Working Group on the issue of human rights and transnational corporations. Surya Deva is an Associate Professor at the School of Law of City University of Hong Kong.

Dr. Rakesh Mohan, former RBI Deputy Governor, has been appointed as an Independent Non-Executive Director of Nestle India Ltd with effect from May 01, 2016 up to June 30, 2020.

He was executive director at the International Monetary Fund. He was also Deputy Governor of RBI and Secretary in Department of Economic Affairs, Ministry of Finance.