SIDBI Chairman & MD Kshatrapati Shivaji said that the bank will be raising the proposed Rs 10,000-crore corpus for 'Stand Up India Fund' from RBI through the priority sector lending shortfalls. The funds will be disbursed to Dalit and women entrepreneurs.

Sidbi has set up a Rs 1,000 crore 'Make in India Fund' to refinance bank loans to the manufacturing sector. It has also committed Rs 300 crore of the Rs 10,000 crore 'Smile Fund' for small businesses announced earlier this year as part of the Start-Up India initiative. 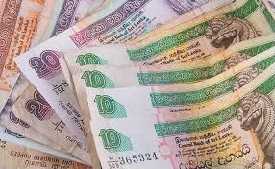 The new revisions include recognition of revaluation reserves arising from change in the carrying amount of a bank’s property consequent upon its revaluation as common equity tier—I capital instead of the earlier tier 2 capital. These would continue to be calculated at a discount of 55%. It will help open up Rs 35,000 crore capital for public sector banks and Rs 5,000 crore for private sector banks.

An MoU was signed between the Indian Army and IndusInd Bank on the Defence Salary Package. The revised MoU is tailor made to suit the requirements of serving soldiers.

The basic features of the MoU includes free / concessional services including free drafts, free cheque books, free RTGS / NEFT and free ATM cards. Some features which have been improved from the previous MoU are that the Personal Accident Insurance cover has been freshly included this year for an amount of Rs 2 lacs (for JCO/OR) to Rs 5 lacs (for Officers) respectively and time period for issue of NOC has now been stipulated as 72 hrs (3 days) from the date of application. 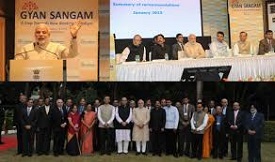 The second edition of the Gyan Sangam, a retreat for banks and financial institutions, was held on March 4 and 5 in Gurgaon. The government has said that it has started the third phase of reforms in state-run banks, which will look into all aspects, including consolidation.

The agendas of discussion were: Restructuring and mergers and acquisitions of banks, NPA management and recovery, Technology, digital and financial inclusion, Credit growth, and Risk management.

The Government is planning to merge 27 public sector banks into just six. The view was shared in the recently concluded Gyan Sangam.

An expert committee would be setup to look into the issue and the committee will also work closely with the Banks Board Bureau (BBB) to identify the right matches for consolidation. The finance ministry is already looking into options to merge the newly-launched Bharatiya Mahila Bank with the other PSBs. 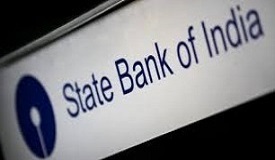 The preliminary approval is valid for 12 months and will be converted a full-fledged license upon fulfilling statutory obligations. 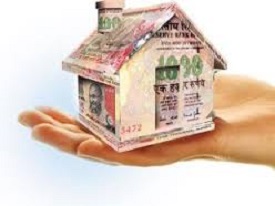 Tata Housing has partnered with State Bank of India for housing loans to women on the occasion of the International Women's Day. Women customers need to pay only 20 per cent of the agreement value while the balance can be paid on taking possession of the property.

On the other hand, SBI will be offering home loans to its women customers at a special interest rate of 9.5 per cent per annum under the SBI Her Ghar scheme and it has also waived the processing fees on the home loan under the scheme. 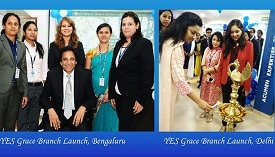 The YES Grace branch will offer customized banking solutions to the evolving financial needs of women. The bank aims to scale the initiative by opening similar All-Women branches in other major cities.

ICICI Bank launched a credit-linked subsidy scheme for home loans under Pradhan Mantri Awas Yojana. An individual including women borrowers from the economically weaker section and the low-income group customer will get a subsidy at 6.5 per cent per annum on a maximum amount of Rs 6 lakh or the loan amount, whichever is lower, for a maximum tenure of 15 years to acquire and construct the first brick-and-mortar house of the family by paying significantly lower equated monthly installments (EMIs).

ICICI Bank signed a MoU with National Housing Bank (NHB) to supporting Government’s vision to provide housing for all by 2022. 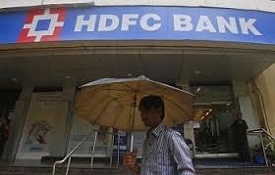 HDFC Bank has tied up with 5 start-ups to strengthen their web, mobile and payment offerings. The bank had previously tied up with Chillr, which had raised $6 million from Sequoia Capital. 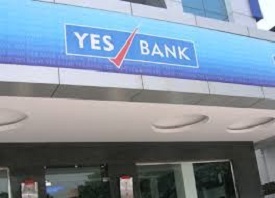 In view of the next BRICS summit to be held in New Delhi this year, YES Bank has signed a strategic Memorandum of Understanding (MoU) with India Brazil Chamber of Commerce (IBCC) to enable significant cooperation in knowledge partnerships, project consultancy, B2B opportunities, skill and technology initiatives.

The core sectors covered in the MoU will be Sports, Media and Entertainment with special focus on IT, Infrastructure, Broadcast and Innovative solutions driven business opportunities. Moreover, IBCC will also recommend YES BANK as the Preferred Bank to Brazilian companies looking to do business in India.

ICICI Bank has launched a truly contactless payment system iTap, a new NFC-based (Near Field Communication (NFC) technology) mobile payment system enabling contactless transactions via its Pockets app where the user just has to wave his/her NFC-enabled mobile phone running Android 4.4 and above for making the payment at any merchant terminal supporting NFC.

ICICI Bank will be using the Host Card Emulation (HCE) technology to create 'virtual' cards for 'physical' credit or debit cards. While the virtual card bears a different card number, the credit limit and expiry date remains same as the original physical card. The virtual card resides in the Bank's secure cloud server. 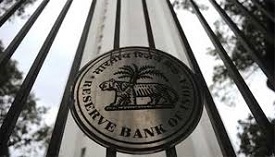 The Reserve Bank of India is likely to pay the government Rs 57,000 crore in dividends in 2016-17. It is slightly less than the amount it paid in the current fiscal but much higher than that in earlier years. Last year, the government had received Rs. 73,905 crores as dividends from various state owned banks and the RBI. This fiscal year it has estimated to receive Rs. 69,897 crores.

Under Section 47 of the RBI Act, 1934 the central bank is mandated to pay balance profits to the government. 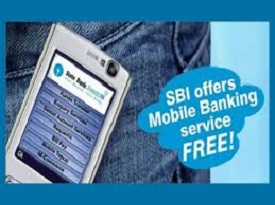 SBI has reached the top position in the trendiest mobile banking space. According to data released by RBI, SBI now has 35% market share in mobile banking as its tax payment and fund transfer features drew in more customers. In December 2015, the market share of ICICI Bank was at 17.7% and for HDFC Bank it was 21.5%. 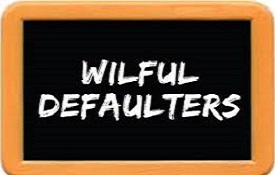 According to a data released by credit information bureau CIBIL, more than 5,600 borrowers owe banks close to Rs 60,000 crore and have been declared willful defaulters by lenders as on December 31. These instances of willful default are those where banks have filed suits.

News 16 - The Govt. of India cuts interest rates on PPF, Kisan Vikas Patra and on other small saving schemes. 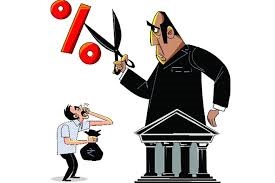 The government slashed interest rates on small-savings schemes, including the Public Provident Fund and Kisan Vikas Patra. The new rates will come into effect on April 1 and will be valid till June 30. The decision is aimed at aligning these administered interest rates closer to the market rates. The rates would be revised every quarter henceforth.

Indian Overseas Bank (IOB) has become the first bank to start the sale of Indian Gold Coin (IGC) in the domestic market. The bank has tied up with Metals and Minerals Trading Corporation of India (MMTC) for the sale of IGC of 24 carat purity. The IGC has the national emblem "the Ashok Chakra" engraved on one side and the face of Mahatma Gandhi on the other side. The current denominations available in the coins are 5, 10 and 20 gm.

The Indian Gold Coin is the first ever national gold offering by the Center and launched by Prime Minister Narendra Modi on November 5, 2015. This gold coin is minted by the Security Printing and Minting Corporation of India Ltd and hallmarked by the Bureau of Indian Standards. 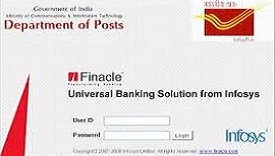 25,000 post offices will offer core banking solutions (CBS) to its customers by April, against 20,494 CBS-enabled branches. This will enable customers’ access their savings account from any of these 25,000 branches. India Post has a network of 1.55 lakh post offices, close to 90% in rural areas, and over 33 crore savings bank customers.

In September 2015, the postal department received an in-principle approval from the Reserve Bank of India to set up a payments bank within 18 months. Even the SBI has 16,333 branches. 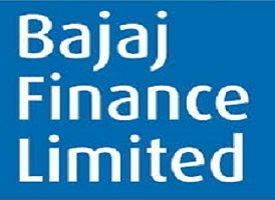 Bajaj Finance is entering the Rs 20,000-crore life care segment introducing Finance options at 0% for treatments such as cosmetic, dental and hair transplant, and hair restoration.

The company has tied up with service providers, including VLCC, Kaya Skin Clinic, MyDentist and Enhance Clinic. It plans to be present in 1,500 sales points across the country by the end of the year. The Pune-based company, expects to net around Rs 1,000 crore in sales over the next five years from this business. 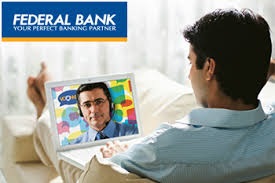 Federal Bank has announced to open incubation centers, named as Launchpad, to support startups in Bangalore and Ernakulum which will offer advice on capital, regulatory support and even disburse funds.

The bank plans to fund or lend promising start-ups through a dedicated start-up fund worth Rs 25 Cr. These would be equipped with fast internet connections, support staff from the financial world and advisory mechanisms. 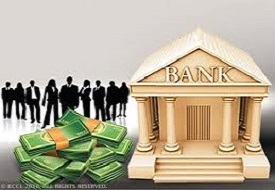 The parliament has approved the infusion of additional capital of Rs 5,050 crore in some public sector banks, most likely to Central Bank of India, Indian Bank, UCO Bank, Oriental Bank of Commerce, Vijaya Bank and United Bank of India.