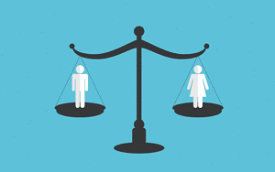 India ranked 95th out of 129 countries in a new index that measures global gender equality looking at aspects such as poverty, health, education, literacy, political representation and equality at the workplace. The list was topped by Denmark.

Chad was placed at bottom most position (129th). The Sustainable Development Goals Gender Index has been developed by UK-based Equal Measures 2030, a joint effort of regional and global organizations. 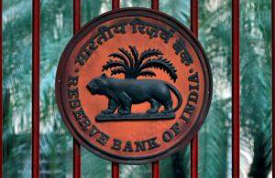 The report on 'Benchmarking India's Payment Systems’ which was released mentions that the country is "strong" in areas like having necessary laws and cash in circulation per capita.

The report provides a comparative position of the payment system ecosystem in India relative to comparable payment systems and usage trends in other major countries.

Mumbai ranked first in the study, ‘Traffic Index-2018’, compiled by location technology specialist TomTom, with a congestion level of 65%, while New Delhi ranked fourth with congestion of 58%.

The study covered 403 cities in 56 countries and defined congestion as the extra time added to road travel when traffic doesn’t flow freely.

According to a report released by brand analytics firm TRA Research, “Dell” has emerged as the most trusted brand in India in 2019. With 31% Brand Trust Index (BTI) difference from Dell, auto brand Jeep makes a dramatic entry in the second spot. LIC and Amazon are ranked on the third and fourth spots and Apple iPhone emerged as India’s fifth most trusted brand.

5 - "Amazon India" best place to work in the country 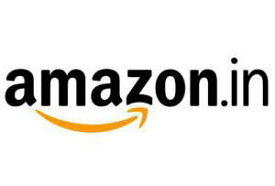 ii. As per the study, salary and employee benefits continue to be the top driver, while choosing an employer for the Indian workforce, followed by work-life balance and job security.

India will overtake China as the most populous country by 2027 and will have almost 1.64 billion inhabitants by 2050.

The Central and the Southern Asia region is expected to see a 25% increase in population till 2050.

The rate of population growth is the highest in sub-Saharan Africa, where the fertility rate stand at 4.6 births per woman over a lifetime.

India is still among the countries where the working-age population (25-64 years) is growing faster than other groups.

People aged above 65 are the fastest growing age group.

In the recently released QS World University rankings for 2020, IIT-Bombay which is ranked 152 is India’s best university for the second year in a row.

The next two Indian Universities in the top 200 are IIT Delhi (182) and the Indian Institute of Science, Bengaluru (184). 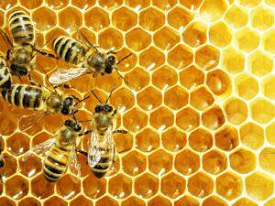 The Economic Advisory Council to the Prime Minister set up a Beekeeping Development Committee under the Chairmanship of Bibek Debroy to identify ways of advancing beekeeping in India.

Some of the recommendations in the report include −

Recognizing honeybees as inputs to agriculture and considering landless beekeepers as farmers.

Institutionalizing the National Bee Board and rename it as the Honey and Pollinators Board of India. Plantation of bee friendly flora at appropriate places and engaging women self-help groups in managing such plantations.

Training and development of beekeepers by state governments. Development of national and regional infrastructure for storage, processing and marketing of honey and other bee products.

Simplifying procedures and specifying clear standards for ease of exporting honey and other bee products. 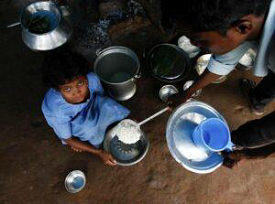 The report is prepared by the UN World Food Programme in collaboration with the Ministry of Statistics and Programme Implementation. 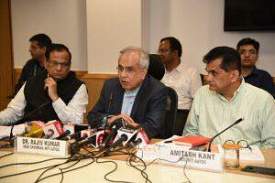 Kerala has topped in NITI Aayog's Health Index followed by Andhra Pradesh and Maharashtra. Also, Haryana, Rajasthan and Jharkhand showed the maximum improvement of health outcomes from base to reference year.

The health index has been developed by NITI Aayog, with technical assistance from the World Bank, in consultation with the ministry of health and family welfare.

The report ranks the states and Union territories innovatively on their year-on-year incremental change in health outcomes, as well as, their overall performance with respect to each other.

The Rahimatpur police station in Satara district in Maharashtra has emerged as the State topper in a survey based on the ‘SMART’ policing concept.

‘SMART’: Strict and sensitive, modern and mobile, alert and accountable, reliable and responsive, techno-savvy and trained.

The survey was executed by the Quality Council of India.

Some findings of the survey

The costliest city in the world for the second consecutive year is Hong Kong followed by Tokyo, Singapore and Seoul.

Mumbai fell 12 spots and was ranked at the 67th position out of 209 cities surveyed.

Eight out of the top ten of the world's most expensive cities for expatriates are Asian.