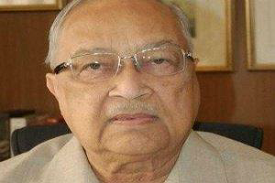 Veteran industrialist and Williamson Magor Group patriarch Brij Mohan Khaitan died on 1 June 2019 at his residence in Kolkata. He was 92. Khaitan is survived by his younger son Aditya and daughter Divya Jalan. Also known as the “evergreen tea man of India” globally, he had made the tea industry “Indian-owned” in the twilight era of independence.

Khaitan had recently resigned as nonexecutive chairman from the boards of Eveready Industries and McLeod Russel. He continued to serve as chairman emeritus in both these firms. Considered a visionary, he has left an indelible mark on the world of entrepreneurship, education, business ethics, and service to mankind.

Khaitan developed the Williamson Magor Group as the largest tea producer in the world. After making his fortune in the tea business, he acquired the Indian business of Union Carbide, Eveready Industries, in 1993, pipping the Wadias of Bombay Dyeing in a $96.5 million deal. It was the largest corporate takeover then. His demise marks the end of an era and loss of a leader and guide for the Indian tea industry. 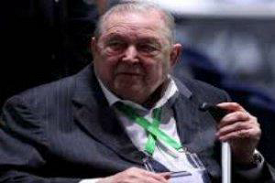 Ex-UEFA chief Johansson, also known as the father of Champions League, passed away due to a short illness. He was 89.

He oversaw the introduction of the Champions League during a 17-year reign as president of European soccer’s governing body. He led UEFA from 1990-2007. He was succeeded by former France great Michel Platini in a presidential election.

His career as a sports administrator began in the 1960s. He became president of elite Swedish football club AIK, and then head of the Swedish football federation prior to his election as UEFA chief in 1990. In 1998, he was defeated by Sepp Blatter in his bid to become head of football’s global federation FIFA.

Under Johansson’s leadership at UEFA, the Champions League was born. It replaced the old European Cup tournament and became the world’s most prestigious club competition. He has also presided over the growth of the European Football Championship, with the number of finalists doubling from eight to 16. 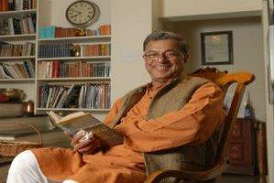 Veteran director, playwright and actor Girish Karnad passed away at the age of 81 on 10th June 2019. Karnad died due to a prolonged illness.

Karnad made his acting and screenwriting debut in a 1970 on a release called 'Samskara' which won the President's Golden Lotus Award.

He served as the Director of the Film and Television Institute of India during 1974-1975. He was also the Chairman of the Sangeet Natak Akademi, the National Academy of the Performing Arts from 1988 to 1993. In the early 1990s, he hosted the Turning Point, a science magazine, on Doordarshan.

Girish Karnad was conferred with Padma Shri award in 1974 for contributions to theatre. He was awarded the Padma Bhushan for literature.

4 - Poet and lyricist Pazhavila Ramesan passed away on 13 June 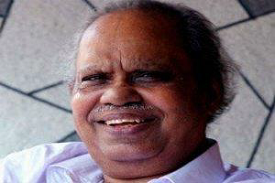 Poet and lyricist Pazhavila Ramesan passed away on 13 June 2019 at Thiruvananthapuram. He was 83. He was ailing for some time.

Ramesan had received the 2017 Kerala Sahithya Akademi award for overall contributions. He wrote lyrics for Malayalam movies such as Njattadi, Aashamsakalode, Uncle Bun, Malootty, and Vasudha. He was co-editor of K. Balakrishnan’s Kaumudi Weekly in the sixties. He worked at the State Institute of Languages in various capacities till 1993.