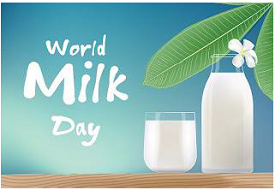 The Food and Agriculture Organisation of the United Nations (FAO) selected June 1st as World Milk Day, which celebrates the important contributions of the dairy sector to sustainability, economic development, livelihoods, and nutrition.

The theme for World Milk Day 2019 is “Drink Milk: Today & Every day.” The aim is to educate people about the importance of milk in our life and society. Milk is one of the global foods, which is celebrated as a superfood all around the globe.

The resolution for World Bicycle Day recognizes the uniqueness, longevity, and versatility of the bicycle, which has been in use for two centuries. The International Day of Innocent Children Victims of Aggression is a United Nations observance each on 04th June. It was established on 19th August 1982.

Originally focused on victims of the 1982 Lebanon War, its purpose expanded to acknowledge the pain suffered by children throughout the world who are the victims of physical, mental and emotional abuse.

Since its inception in 1974, World Environment Day is celebrated every year on June 5th in more than 100 countries.

The theme for World Environment Day 2019 is 'Beat Air Pollution'.

5 - International Day for The Fight Against Illegal, Unreported and Unregulated Fishing observed on 5 June 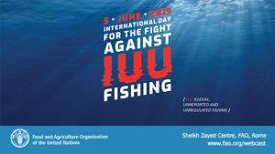 International Day for the Fight against Illegal, Unreported and Unregulated Fishing is organized every year on 5th June.

According to the UN Food and Agriculture Organization (FAO) illegal, unreported and unregulated fishing activities are responsible for the loss of 11–26 million tonnes of fish each year, which is estimated to have an economic value of US$10–23 billion. 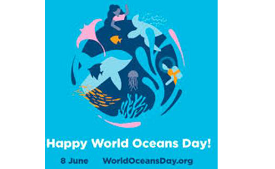 World Oceans Day is celebrated on 8 June every year to remind everyone of the major role the oceans have in our everyday life.

They are the lungs of our planet, providing most of the oxygen we breathe. The theme of World Oceans Day 2019 is ‘Gender and the Ocean’.

8 - World Day Against Child Labour is observed on 12 June 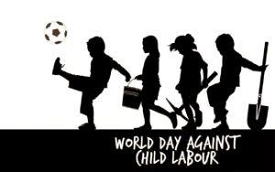 The International Labour Organization (ILO) launched the World Day Against Child Labour in 2002 to focus attention on the global extent of child labour and the action and efforts needed to eliminate it.

Each year on 12 June, the World Day brings together governments, employers and workers organizations, civil society, as well as millions of people from around the world to highlight the plight of child labourers and what can be done to help them.

The theme for World Day Against Child Labour 2019 is Children shouldn’t work in fields, but on dreams! 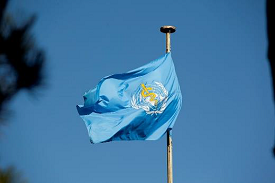 The event serves to thank voluntary, unpaid blood donors for their life-saving gifts of blood and also to raise awareness of the need for regular blood donations to ensure that all individuals and communities have access to affordable and timely supplies of safe and quality-assured blood and blood products.

This day is observed on the 15th of June every year to voice opposition to the abuse and suffering inflicted on elderly people.

In 1994, the United Nations General Assembly declared June 17 the "World Day to Combat Desertification and Drought" to promote public awareness of the issue. Autistic Pride Day is being observed on 18th June every year. Autistic pride recognizes the importance of pride for autistics and understands it not as a disease but as a difference.

Autistic Pride Day was initiated by Aspies For Freedom, a group that raises public awareness about autism rights.

Sustainable Gastronomy Day is celebrated around the world on 18th June.

It emphasizes the need to focus the world’s attention on the role that sustainable gastronomy can play.

Gastronomy is basically the study of relationship between food and the culture. 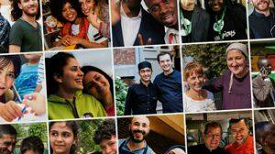 World Refugee Day is celebrated around the world on 20th June to raise awareness about the precarious condition of refugees around the world who have been forced to leave their homes due to war, persecution and conflict.

The International Day of Yoga is being observed on 21st June every year.

The Theme for this year’s Yoga day is Yoga for Climate Action. 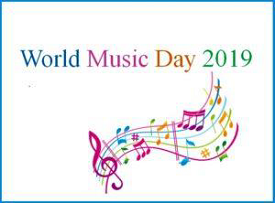 World Music Day is observed every year on June 21.

Each year there are events in over 120 countries and 700 cities around the world, not including France where there were too many events to count.

The event is also known as Fête de la Musique (or World Music Day) and was originated in France in 1982.

United Nations Public Service Day is celebrated around the world on 23rd June.

The day is celebrated to draw attention to the voices and experiences of widows and to galvanize the unique support that they need. 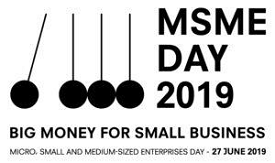 Since 2017, Micro, small and Medium-sized businesses celebrate this day in recognition of their work in local and global economies. These enterprises, which generally employ fewer than 250 persons, are the backbone of most economies worldwide.

20 - International Day of the Tropics observed on 29 June

The United Nations observe 29 June as International Day of the Tropics.

The International Day of the Tropics celebrates the extraordinary diversity of the tropics while highlighting unique challenges and opportunities the Tropical nations face.