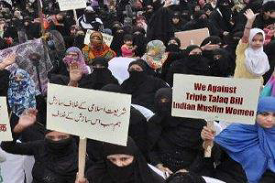 The second term of Narendra Modi government is likely to place the controversial Triple Talaq Bill in its very first session of Parliament. The Muslim Women (Protection of Rights on Marriage) Second Ordinance was promulgated on February 21, 2019.

An ordinance will lapse after six months of the promulgation. The bill should be passed by both sessions of Parliament within 45 days after the first sitting of Parliament.

The Modi government’s government in its first tenure has failed to get the Bill cleared in the Rajya Sabha as the Opposition opposed the criminality clause. Even after removing the clause the government could not table the Bill, owing to continuous disruptions.

The ordinance is a decree or law promulgated by a state or national government without the consent of the legislature.

Article 123 of the Constitution of India grants the President certain law-making powers to promulgate ordinances when either of the two Houses of Parliament is not in session. The governor of a state can also issue ordinances under Article 213 when the state legislative assembly is not in session.

Ordinances cease to operate either if Parliament/State assembly does not approve of them within six weeks of once both houses of the Parliament are in session, or if disapproving resolutions are passed by both Houses. 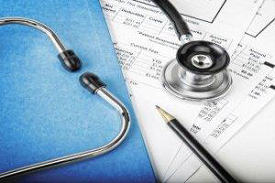 The Bills are to be reintroduced in the upcoming Parliament session.

The Bill is aimed at bringing in accountability, transparency, and quality in the governance of medical education in the country. The bill will also provide for supersession of the Medical Council of India (MCI) for a period of two years from August 26, 2018. 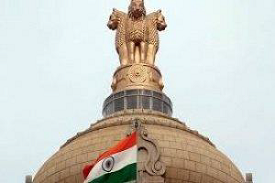 The Union Cabinet has cleared the New Delhi International Arbitration Centre (NDIAC) Bill, 2019, which provides for setting up of an independent and autonomous body for institutional arbitration.

It also aims to acquire and transfer the undertakings of International Centre For Alternative Dispute Resolution to New Delhi International Arbitration Centre (NDIAC) with effect from March 2 this year.

The Bill provides to replace and repeal the NDIAC Ordinance, 2019.

The proposed New Delhi International Arbitration Centre is headed by a chairperson, who has been a judge of the Supreme Court or a judge of a high court or an eminent person, having special knowledge and experience in the conduct or administration of arbitration. 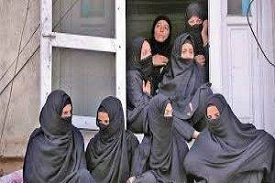 A fresh bill to ban the practice of instant triple talaq introduced in the Lok Sabha.

The Muslim Women (Protection of Rights on Marriage) Bill, 2019 is been listed in the Lok Sabha's agenda replace an ordinance

This is issued in February by the previous BJP-led NDA government.

The 16th Lok Sabha the previous bill had lapsed pending in the Rajya Sabha.

The Bill proposes to make the practice of instant triple talaq (talaq-e-biddat) a penal offence.

The new bill is a copy of the ordinance in force.

Under the Muslim Women (Protection of Rights on Marriage) Ordinance, 2019

The divorcing through instant triple talaq is illegal, void and will attract a jail term of three years for the husband. 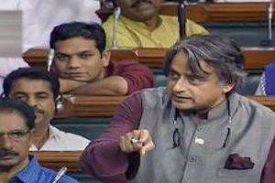 The Lok Sabha passed the Special Economic Zones (Amendment) Bill, 2019 on 26 June. The amendment of sub-section (v) of Section 2 of the SEZ Act, 2005 will make a trust or any entity notified by the Central government eligible for consideration of grant of permission to set up a unit in special economic zones. The Bill aims at improving and encouraging more investments and introducing features including single-window clearance and to ease imports and exports.

The Bill will replace the ordinance promulgated in February 2019. The ordinance seeks to amend the definition of a person under the SEZ Act 2005, which will enable a trust to be considered for grant of permission to set up a unit. 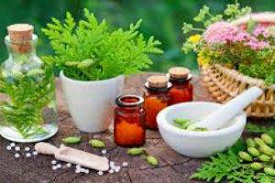 Shripad Yesso Naik, Minister of State, Ministry of AYUSH presented the Homeopathy Central Council (Amendment) Bill, 2019 in the Lok Sabha. It passed the Bill on 27 June. Once Rajya Sabha passes the Bill, it will replace the ordinance issued in the same regard by the previous government. This was the second bill to be passed in Lok Sabha, in the second term of NDA government, after the Special Economic Zone (Amendment) Bill 2019.

The Homoeopathy Central Council (Amendment) Bill, 2019 enables the government to extend the tenure of the Board of Governors (BoGs) for a further period of one year, with effect from May 17, 2019. The BoGs have been entrusted with the affairs of the Central Homeopathy Council.

The Board of Governors constitutes of eminent and qualified homoeopathy doctors and eminent administrators.

The opposition parties opposed the Bill and demanded that the government should further examine the proposed legislation and provide supervision mechanism for homoeopathy and ayurvedic medical institutions.

The Act was amended and passed in December 2002 as Homoeopathy Central Council Amendment Act, 2002. The amendment was to make provisions and seek permission from the central government for the setting up of new colleges or starting new courses or increase the admissions in the existing colleges. Despite the amendment many homoeopathic colleges are still struggling to meet the required standards necessary for quality education. 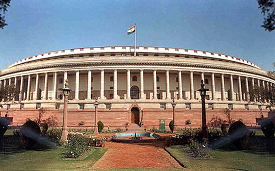 The Rajya Sabha cleared the Special Economic Zones (Amendment) Bill, 2019 on June 27.that seeks to allow trusts to set up units in special economic zones, a day after the Lok Sabha passed the measure. The Bill will replace the Special Economic Zones (Amendment) Ordinance, 2019, promulgated in March. The amendment of sub-section (v) of Section 2 of the SEZ Act, 2005 will make a trust or any entity notified by the Central government eligible for consideration of grant of permission to set up a unit in special economic zones. The Bill aims at improving and encouraging more investments and introducing features including single-window clearance and to ease imports and exports.