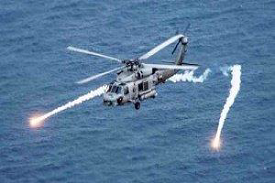 The Rs 21,738-crore procurement of 111 light Naval Utility Helicopters (NUH) for the Navy is on track to be the first big procurement of the new National Democratic Alliance (NDA) government.

The OEMs who have responded include Lockheed Martin, Airbus and Bell Helicopters.

The proposal for building 111 helicopters allows the OEM to deliver the first 16 from its home production facility, but at least 95 helicopters must be manufactured in India with an ambitious level of 60 per cent indigenisation stipulated.

This NUH acquisition, which the defence ministry green lighted on August 25, is the first one being processed under the SP procurement model. 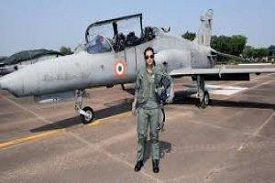 She landed after a grueling 4-aircraft combat sortie at Kalaikunda Air Force station in West Bengal.

The other women officers - Bhawana Kanth and Avani Chaturvedi - joined the fighter stream in June 2016.

She involved flying both air-to-air combat and air-to-ground missions.

She has undertaken many practice missions which involved firing of rockets, guns and dropping high caliber bombs and has also participated in various Air Force level flying exercises.

Mohana Singh Jitarwal is one of the first female pilots of India.

She was declared as the first combat pilot along with two of her cohorts, Bhawana Kanth, and Avani Chaturvedi.

All three women pilots were inducted into the Indian Air Force fighter squadron in June 2016. 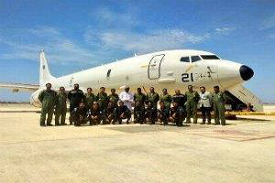 India had placed orders for 12 P-8 India maritime surveillance and anti-submarine warfare from the US under a USD 2.2 billion dollar deal in 2012.

Also, the country had ordered four more planes to carry out extensive surveillance of the Indian Ocean region and the country's exclusive economic zone.

The Indian Navy has escorted 3,440 ships, of which 3,027 were of the foreign flag and 413 Indian flags, till date. The Navy now maintains a ship at every choke point in the IOR at any point of time under the MBD concept.

The aircraft have also helped in detection of Chinese nuclear and conventional submarines operating in the Indian Ocean and waters close to India. 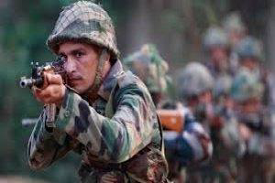 The CAAQMS at the Eastern Command headquarters will measure air pollution including particulate matter throughout the year.

The data can be remotely monitored on internet and collated into various desired formats. 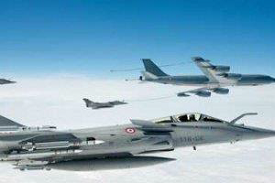 Indian Air Force and French Air Force have planned to carry out Garuda, a two-week-long mega air exercise, beginning on July 1 in France. The aim is to boost the military-to-military ties between the two countries. A fleet of Sukhoi 30 fighter jets of the Indian Air Force will engage in dogfights with France’s Rafale multirole aircraft in simulated scenarios as part of the ‘Garuda’ exercise.

Other assets include mid-air refueller will also be sent to France by the IAF. It will be one of the largest air exercises between the two strategic partners. The exercise will also provide an opportunity to a sizeable number of IAF pilots to have a close look at the Rafale jets being operated by the French Air Force.

India had signed a government-to-government deal with France in 2016 to buy 36 Rafale fighter jets at a cost of about Rs.58,000-crore. The first Rafale jet is scheduled to be delivered in September. 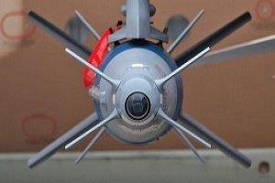 The Indian Air Force signed a deal with Israel to buy more than 100 SPICE 2000 bombs, worth around Rs 300 crore.

SPICE bombs were used by the Indian Air Force (IAF) to attack the madrasa of Jaish-e-Mohammed in Balakot, Pakistan, on February 26, in response to the terrorist attack on a CRPF convoy in Pulwama which resulted in the martyrdom of 40 CRPF personnel.

7 - BSF officer appointed as head of its Tekanpur-based academy 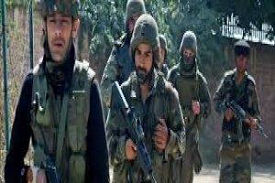 Border Security Force (BSF) appointed as the head of its Tekanpur-based academy, the alma mater of the officers of the country's largest frontier-guarding force.

He is the 13th officer of the cadre to have been elevated to the second top post in the organisation in the history of over 50 years.

He served on both the western and eastern frontiers of the country.

Chahar, honours like the Vishisht Seva Medal (VSM) and police medals for meritorious and distinguished services under his belt.

The BSF academy is located in Tekanpur in Madhya Pradesh, near Gwalior.

It is also home to institutes of national importance like the tear smoke unit (the only factory in the country to produce tear smoke shells and similar ammunition) and the national training centre for dogs.

The ADG rank is very rarely occupied by a BSF officer as only one post is reserved for them and the rest four are taken by Indian Police Service (IPS) officers, who join the central force on deputation.

The academy trains BSF officers who come to it after clearing the UPSC exam and after graduating from it, they are posted as assistant commandants.

The BSF has a strength of about 2.5 lakh personnel and apart from rendering its primary task of guarding the Pakistan and Bangladesh borders, it also conducts anti-Naxal operations and assists the state police units in undertaking law-and-order and counter-insurgency duties. 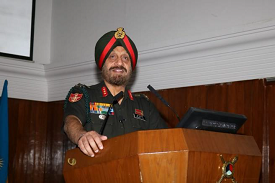 The General Officer is an alumnus of Indian Military Academy and was commissioned into 22nd Battalion, The Maratha Light Infantry (MLI) on December 13, 1980, and commanded the battalion from May 1999 to February 2001 in Uri Sector (Jammu and Kashmir) during Operation VIJAY.

General Officer an instructor in the prestigious Indian Military Academy.

He has commanded an Infantry Brigade in Kashmir Valley, has been Commandant of MLI Regimental Centre, commanded an infantry division in the North East.

General Officer served as ADG MO and DG Infantry before taking over a prestigious Corps in the Northern Command. 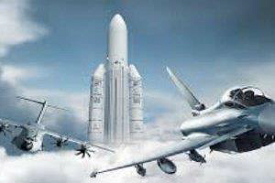 The Cabinet Committee on Security headed by Prime Minister Narendra Modi has approved the setting up of Defence Space Research Agency (DSRO), a new agency, which will develop sophisticated weapon systems. The approval aimed to To enhance the capabilities of the armed forces to fight wars in space.

The agency will be headed by a Joint Secretary-level scientist. DSRO would constitute a team of scientists which would be working in close coordination with the tri-services integrated Defence staff officers.

DSRO will be entrusted with the task of creating space warfare weapon systems and technologies.

It would provide the research and development support to the Defence Space Agency (DSA).

Defence Space Agency (DSA)will constitute of members from the three services. The aim of setting up of DSA is to help the country fight wars in the space.

DSA is being set up under an Air Vice Marshal-rank officer in Bengaluru. It will be gradually taking over the space-related capabilities of the three forces. 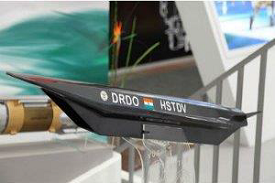 The Defence Research and Development Organisation (DRDO) conducted the maiden test of an indigenously developed Hypersonic Technology Demonstrator Vehicle (HSTDV) along with several technologies on 12 June.

The HSTDV missile was successfully launched from Dr Abdul Kalam Island off the coast of Odisha. The missile was tracked by various radars, telemetry stations and electro optical tracking sensors through its course. It HSTDV being developed by DRDO with assistance from Israel and the UK and Russia.

The project aims to serve multiple military and civil purposes. It also intends to develop a hypersonic vehicle that will be powered by a scram-jet engine. The HSTDV demonstrated the performance of a scram-jet engine at an altitude of 15 km to 20 km.

It will also be available for long-range cruise missiles. The combustion of fuel takes place in a chamber in the missile at supersonic speeds, in scram-jet technology. It can be used for launching satellites at low cost.

Till now, India is using ram jet system. In ranm jet system, the system collects the air it needs from the atmosphere during the flight at subsonic speeds and the propellants burn in the combustion chamber. 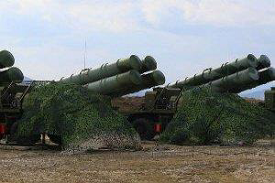 Turkey announced that it will not back down from its decision to buy Russian S-400 missile defense systems despite U.S.'s ultimatum. This has created tension between Ankara and Washington, the NATO allies.

The S-400s are not compatible with NATO’s defense systems. US said it would compromise its F-35s, which Turkey also plans to buy. Turkey has proposed that the allies form a working group to asses the impact of the S-400s, but has yet to receive a response from the United States.

U.S. urged Turkey to abandon its purchase of a Russian missile defence system. If Turkey does not end the deal, U.S. said that it would expel the Turkish pilots training on the F-35 fighter jet programme. 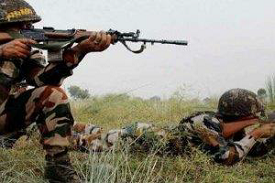 The first phase of "Operation Sunrise" was conducted in March along the Indo-Myanmar border. In the operation a number of camps of north-east-based militant groups were busted.

During "Operation Sunrise 2", the armies coordinated with each other to bust camps of militant outfits, including the Kamtapur Liberation Organisation (KLO), NSCN (Khaplang), the United Liberation Front of Assam (I) and the National Democratic Front of Boroland (NDFB). Nearly six dozen militants belonging to these groups were nabbed and several of their camps destroyed during the operation.

India has been pushing for deeper coordination between the armies of the two countries while guarding the border. 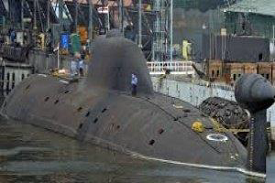 This is the second project being undertaken under the latest Strategic Partnership (SP) Model.

The procurement of 111 naval utility helicopters (NUH) are obtained recently.

They provide a major boost to the indigenous design and construction capability of submarines in India.

The latest submarine design and technologies as part of the project.

‘Make in India’ issued the Expression of Interest(s) for shortlisting of potential Indian Strategic Partners (SPs) for construction of six conventional submarines for P-75(I) project of the Indian Navy on June 20.

The case was approved by the Defence Acquisition Council on January 31.

The Expression of Interest (EoI) for shortlisting of Indian strategic partners been uploaded on the Defence Ministry and Navy websites.

The EoI for shortlisting of Original Equipment Manufacturers (OEMs) will be issued in two weeks. 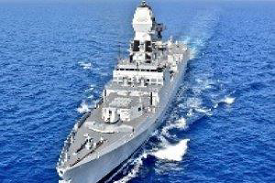 Indian Navy launched ‘Operation Sankalp’ in the Persian Gulf and the Gulf of Oman.

Their main aim is to reassure safe passage of Indian flagged vessels transiting through the area.

This deployment depends on the following recent maritime incidents in the region.

An aerial surveillance in the area done by IN aircraft.

Operation Sankalp launched in escalating tension in Gulf of Oman.

The two oil tankers, one Norwegian-owned other Japanese-owned were attacked on 13 June 2019.

This incident has led to heightened tensions between Iran and the United States (US).

About the Persian Gulf and the Gulf of Oman

World’s major oil exporters and importers in the security of the Gulf of Oman offer the only entrance from the Arabian Sea and the Indian Ocean into the Persian Gulf.

The Persian Gulf lies between the Arabian Peninsula and Iran

It extends from Shatt al Arab delta to Strait of Hormuz.