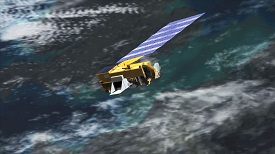 Scientists at NASA, Environment and Climate Change Canada, and two universities have located 39 unreported and major human-made sources of toxic sulfur dioxide emissions. The 39 unreported emission sources, found in the analysis of satellite data from 2005 to 2014, are clusters of coal-burning power plants, smelters, oil and gas operations found notably in the Middle East, but also in Mexico and parts of Russia.

Sulphur dioxide is a known health hazard and cause of acid rain. 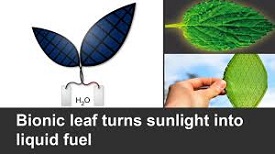 Professor Daniel Nocera at Harvard University and Pamela Silver, Professor of Biochemistry and Systems Biology at Harvard Medical School have co-created a “bionic leaf” which uses the sun’s energy to split water molecules and hydrogen-eating bacteria to produce liquid fuels.

The new system can convert solar energy to biomass with 10% efficiency. Its efficiency is much higher than the 1% seen in the fastest growing plants. It has been dubbed as "bionic leaf 2.0". 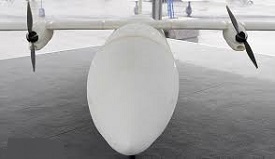 Test of High-tech Objectives in Reality, world's first 3D-printed aircraft unveiled at International Aerospace Exhibition in Schoenefe on 1st June 2016. It appears like a large, white model airplane, weighs 21 kgs and 13 feet long. Airbus and Boeing are using 3D printing to make parts for their huge passenger jets the A350 and B787 Dreamliner.

The 3D printed pieces have the benefit of no tools requirement and that they can be made very quickly. 3D printing also ensures ecological benefits as lighter jets use less fuel and expells out fewer pollutants. It brings big cost reductions on parts manufacturing. 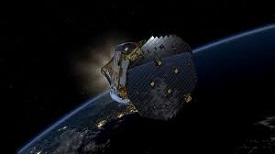 LISA Pathfinder has successfully tested a key technology needed to build a space-based observatory for detecting gravitational waves. The mission is led by the European Space Agency (ESA) with contributions from NASA.

It has opened the doors to the development of a large space observatory capable of detecting gravitational waves emanating from a wide range of exotic objects in the Universe. Gravitational waves, predicted by Albert Einstein a century ago, are oscillations in the fabric of space-time, moving at the speed of light and caused by the acceleration of massive objects. 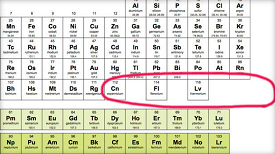 The IUPAC Inorganic Chemistry Division has reviewed and recommended the following four new elements to be added to the periodic table:

This discovery helped complete the seventh row of the Periodic Table. 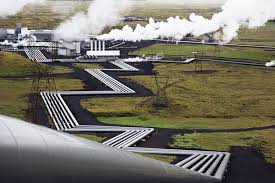 Researchers working in Iceland have discovered a new way to trap the greenhouse gas carbon dioxide (CO2) deep underground: by changing it into rock. The CarbFix Project has converted 95 percent of the CO2 emissions from a geothermal plant into solid carbonate minerals. The technique has to clear some high hurdles to become commercially viable.

Dozens of pilot projects around the world have sought to test carbon capture and storage (CCS) as a way of curbing CO2 emissions from power plants. 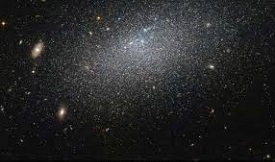 The Hubble Space Telescope has uncovered a mysterious solitary dwarf galaxy - known as UGC 4879. It is an irregular dwarf galaxy. It is about 2.3 million light years away from its closest neighbor, Leo A. It is an ideal laboratory for studying star formation uncomplicated by interactions with other galaxies.

The Hubble Space Telescope (HST) is a project of international cooperation between NASA and the European Space Agency. 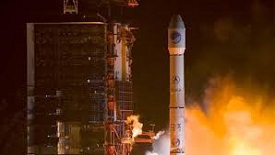 China has successfully launched their 23rd satellite in the BeiDou Navigation Satellite System (BDS) from the Xichang Satellite Launch Centre in southwest China's Sichuan Province. It was taken into orbit by a Long March-3C carrier rocket. It was the 229th launch of the Long March Carrier Rocket.

This satellite will support China's global navigation and positioning network and is being developed to rival the US' Global Positioning System. 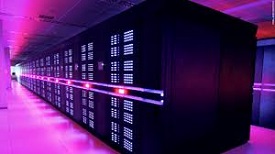 China has declared to operationalize its supercomputer Tianhe -3 by 2020 as a part of its 13th Five-Year-Plan period (2016-2020), developed by Binhai New Area, NUDT and the National Supercomputing Center in Tianjin. The team is still working on this project. Tianhe 3 is capable of at least a billion calculations per second and is the fastest in the world at 33.86 petaFLOPS (PFLOPS), or 33.86 quadrillions of FLOPS.

In 2010, China unveiled the first petaflop supercomputer Tianhe-1 which is capable of performing at least a million billion calculations per second.

The Project 22220 is the world’s largest and most powerful vessel of its kind and it has been built at the Baltic Shipyard of the United Shipbuilding Corporation of Russia. It is estimated that Russia may need at least five Project 22220 nuclear icebreakers for Arctic exploration. 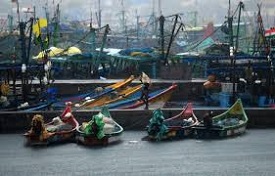 Scientists from Britain and India will release underwater robots into the Bay of Bengal to provide more accurate data and predict the Indian monsoon. Researchers will also fly a plane packed with scientific equipment over the bay to measure the atmosphere. It will cost eight million pounds.

The robots, which have computers onboard and appear like miniature yellow submarines, will spend a month moving through a southern section of the bay, to calculate temperature, salinity and currents. Climate experts in India will use instruments on board the plane flying from the southern city of Bangalore to predict heat and moisture in the air. 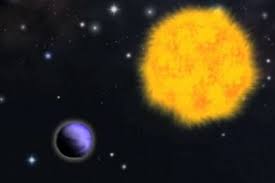 Astronomers have discovered the youngest fully formed exoplanet ever detected using NASA's Kepler Space Telescope and its extended K2 mission, as well as the W. M. Keck Observatory on Mauna Kea, Hawaii. Exoplanets are planets that orbit stars beyond our sun.

The newfound planet, K2-33b, is a bit larger than Neptune and whips tightly around its star every five days. It is only 5 to 10 million years old, making it one of a very few newborn planets found to date. 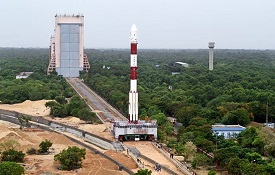 The Indian Space Research Organisation (ISRO), in a span of 26 minutes, launched a record 20 satellites in a single mission on board ISRO’s PSLV-C34 from the Satish Dhawan Space Center in Sriharikota, Andhra Pradesh.

The 20 satellites included India’s latest earth observation satellite Cartosat-2, and other 19 satellites from US, Canada, Germany and Indonesia as well as one satellite each from Chennai's Sathyabama University and College of Engineering, Pune. 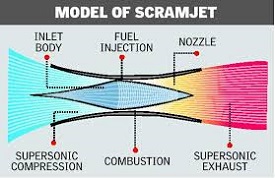 Riding high on the success of the technology demonstration flight of its Reusable Launch Vehicle (RLV- TD) last month, ISRO is gearing up to test an indigenously developed scramjet engine based on air-breathing propulsion. The test flight of the scramjet engine is scheduled to take place from the Satish Dhawan Space Centre at Sriharikota in July. Called as Advanced Technology Vehicle (ATV), the test platform will comprise a scramjet engine hitched to a two-stage sounding rocket (RH- 560).

The vehicle has been characterized and being fabricated at the VSSC (Vikram Sarabhai Space Center) and the ISRO Propulsion Complex, Mahendragiri. The test is expected to help ISRO to achieve good thrust value with the scramjet engine as maintaining combustion in hypersonic conditions poses technical challenges. 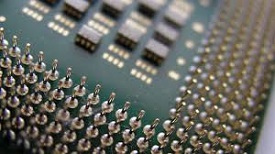 A team of scientists at the University of California, Davis, Department of Electrical and Computer Engineering, have successfully designed a microchip containing 1,000 independent programmable processors. The chip named “KiloCore”, has a maximum computation rate of 1.78 trillion instructions per second and contains 621 million transistors. It was released at the 2016 Symposium on VLSI Technology and Circuits in Honolulu.

The team was led by Bevan Baas, professor of electrical and computer engineering. 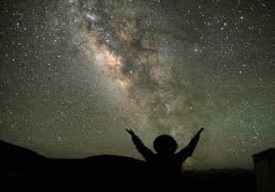 China has set up its first "Dark Sky Reserve" in the Tibet autonomous region's Ngari Prefecture bordering Nepal and India with an aim to limit light pollution by stepping up protection of dark-sky resources for astronomical observation. The reserve covers an area of 2,500 sq.km. and was jointly launched by the China Biodiversity Conservation and Green Development Foundation and the regional government of Tibet.

This reserve is trying for accreditation from the International Dark-Sky Association, a non-profit Organisation based in the US. 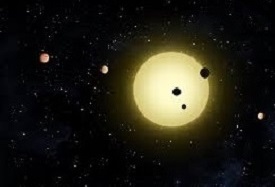 A Jupiter like planet, Kepler–1647b, has been discovered orbiting a system of two stars, making it the largest such cosmic body ever found. The planet is located in the constellation Cygnus. It was discovered by astronomers from NASA's Goddard Space Flight Centre and San Diego State University in the US.

The Kepler-1647 is 3,700 light-years away and about 4.4 billion years old, roughly as old as the Earth. The planet has a mass and radius nearly identical to that of Jupiter. 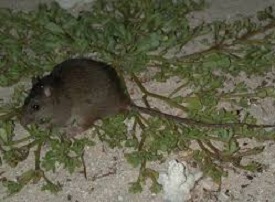 The Bramble Cay Melomys, a rodent which is found only on a tiny island on the Great Barrier Reef of Australia has been declared extinct by scientists. It is the first mammal known to be wiped out by human-induced climate change. The long tailed rodent looked like a small brown rat was known to have lived only on Bramble Cay, a hump of coral just 340 meters long and 150 meters wide that juts out three meters or less above the water between Queensland in Australia and Papua New Guinea.

This is the first documented extinction of a mammal because of climate change. The key factor responsible for the death of the Bramble Cay Melomys is high tides and surging seawater, which has traveled inland across the island. 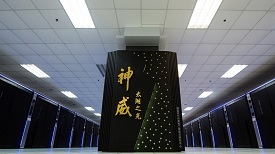 A new Chinese supercomputer, Sunway- TaihuLight, built using domestic chip technology has been declared as the world's most powerful and the fastest supercomputer. It is developed by the National Research Centre of Parallel Computer Engineering and Technology (NRCPC) and is built entirely using processors designed and made in China.

It topped the list of the Top 500 supercomputers with 93 quadrillion calculations per second. With processing capacity of 125.436 petaflops (PFlops) per second, it is the first supercomputer to achieve speeds in excess of 100 PFlops. In 2001, there were no Chinese supercomputers in the world's top 500 ranking. Now, there are 167 — more than the US, which has 165 entries.

The fastest Supercomputer in India is SERC at IISc Bangalore with a speed of 0.90 PFLOP/S and ranked 109 in the list.

The National Aeronautics and Space Administration (NASA) unveiled the X-57 Hybrid Electric Research Plane nicknamed as Maxwell. With 14 electric motors turning propellers and all of them integrated into a uniquely-designed wing, NASA will test new propulsion technology using this plane.

“Maxwell” will be powered only by batteries, eliminating carbon emissions. The X-57’s electric propulsion technology is expected to significantly decrease aircraft noise, making it less annoying to the public. 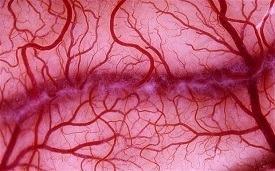 Scientists at the University of Bristol have developed a new kind of bio-ink, which could eventually allow the production of complex tissues for surgical implants. The new stem cell-containing bio ink allows 3D printing of living tissue, known as bio-printing.

The bio-ink contains two different polymer components: a natural polymer extracted from seaweed, and a sacrificial synthetic polymer used in the medical industry. The synthetic polymer causes the bio-ink to change from liquid to solid when the temperature is raised, and the seaweed polymer provides structural support when the cell nutrients are introduced. 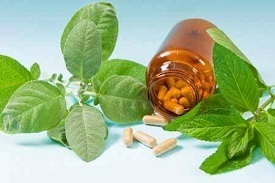 The BGR-34 has been economically priced at 5 rupees per tablet as compared to latest DPP4 inhibitors globally. While the modern diabetes drugs are known for side-effects and toxicity, BGR-34 works by controlling blood sugar and limiting the harmful effects of other drugs.

News 23: NASA tests a Deep Space Rocket Booster ahead of the 2018 space mission 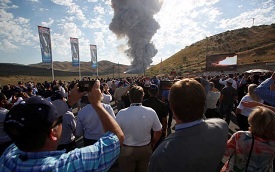 NASA performed its second and last test-fire of a rocket booster for the Space Launch System (SLS) at Orbital ATK's test facilities in Promontory, Utah. NASA has described the SLS as the "world's most powerful rocket." This was the last full-scale test for the booster before SLS’s first un-crewed test flight with NASA’s Orion spacecraft in late 2018.

When completed, two five-segment boosters and four RS-25 main engines will power SLS on deep space missions. They will provide more than 75 percent of the thrust needed for the rocket and Orion spacecraft to escape Earth’s gravitational pull.