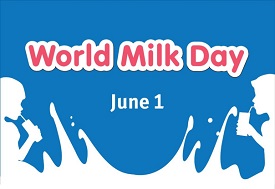 The World Milk Day 2016 was celebrated across the world on the 1st of June. The day was established by the Food and Agriculture Organization (FAO) to recognize the importance of milk as a global food. It is celebrated annually after it was first observed in year 2001.

The Day also provides an opportunity to focus attention on milk and to publicize activities connected with milk and the milk industry. India celebrates National Milk Day on 26 November in memory of Dr. Verghese Kurien, Father of India's White Revolution.

News 2 - Global Day of Parents Observed across the World 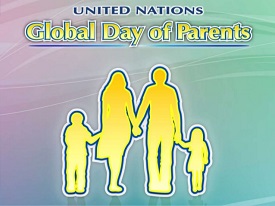 The Global Day of Parents is observed annually on the 1st of June every year. This day honors parents and their commitment towards their children. This Day was proclaimed by the UN General Assembly in 2012 with resolution A/RES/66/292.

This resolution recognizes the role of parents in the rearing of their children and invites Member States to celebrate the Day in full partnership with the civil society, particularly involving young people and children. 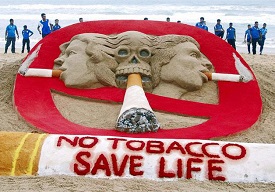 The World No Tobacco Day is celebrated annually on May 31st. This day is celebrated to create awareness and encourage people to reduce or completely stop the tobacco consumption in any form all across the globe. The Day was first introduced by the World Health Organization to make the whole world free of tobacco and healthy world of people.

WHO and the WHO Framework Convention on Tobacco Control Secretariat (WHO FCTC) have initiated a move to introduce plain (standardized) packaging of tobacco products so that demand for tobacco products is reduced. 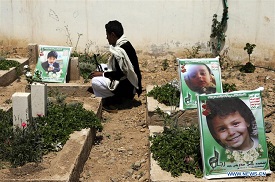 The United Nations' (UN) International Day of Innocent Children Victims of Aggression is observed annually on June 4 to acknowledge the pain suffered by children throughout the world who are the victims of physical, mental and emotional abuse. 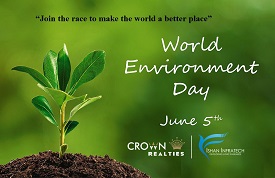 World Environment Day was observed worldwide on 5th June 2016 with the theme Zero tolerance for the illegal trade in wildlife to fight against the illegal trade in wildlife and threats on survival of the Elephants, Rhinos and Tigers. The 2016 slogan "Go Wild for Life" empowers people to spread the word about wildlife crime and the damage it does. In India, Railway Minister Suresh Prabhu introduced the Tiger Express, a semiluxury tourist train to create awareness among people for Tiger conservation.

It was an effort by the whole world to stop eroding Earth’s biodiversity and driving whole species to the brink of extinction. 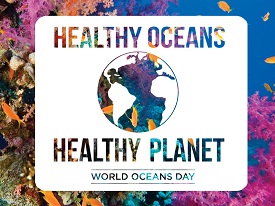 The World Oceans Day is celebrated annually on the 8th of June throughout the globe. The theme for this year was Healthy Oceans, Healthy Planet. The main focus of this year's theme is prevention of plastic pollution in the ocean.

The Day is celebrated to honor the world's oceans, celebrate the products the ocean provides such as seafood. It reminds every one of the major role the oceans have in everyday life and inform the public of the impact of human actions on the ocean. 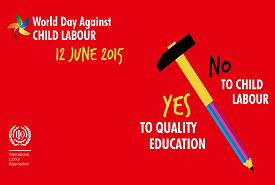 The World Day Against Child Labor is observed annually on the 12th June to raise awareness of the plight of child laborers worldwide. This year's focus for the Day is on child labour and supply chains. The theme for this year's U.N. observance is "End Child Labour in Supply Chains - It's Everyone's Business." Around 168 million children are still in child labour.

As many as 65% children in India suffer from poor health, while 40% are child labourers.

The International Albinism Awareness Day is observed annually on June 13. This year it was the second International Albinism Awareness Day. It was adopted by the UN General Assembly in 2014. The day focuses on raising public awareness of albinism and preventing attacks and discrimination against persons with albinism. People with albinism face multiple forms of discrimination worldwide.

Albinism is a rare, non-contagious, genetically inherited difference present at birth. Almost all people with albinism are visually impaired and are prone to developing skin cancer.

Dr. Margaret Chan, WHO Director-General said that “Voluntary, Unpaid Blood Donation is the Act of Giving Life – the Greatest Gift any Person Can Give or Receive.”

The World Day to Combat Desertification (WDCD) 2016 was observed globally on 17th June 2016 with theme ‘Inclusive Cooperation for Achieving Land Degradation Neutrality’ to promote public awareness of the issue, and the implementation of the United Nations Convention to Combat Desertification in those countries experiencing serious drought. The theme focuses on the importance of comprehensive participation and cooperation in working towards achieving Land Degradation Neutrality.

This event has been conducted every year since 1995 where country parties and civil society organizations are invited to celebrate the World Day to Combat Desertification as an additional opportunity to increase awareness. 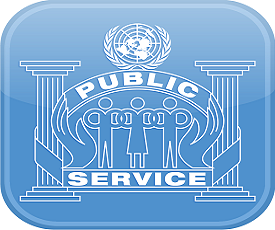 The United Nations’ Public Service Day is held annually on the 23rd of June. This day intends to celebrate the value and virtue of public service to the community; highlight the contribution of public service in the development process; recognize the work of public servants, and encourage young people to pursue careers in the public sector.

The World Hydrography Day is celebrated annually on June 21 to give suitable publicity to the work of hydrographers at all levels and increase the coverage of hydrographic information on a global basis.

The theme for this year's celebrations is 'Hydrography – The Key to Well Managed Seas and Waterways'.

It seeks to highlight the fundamental importance of hydrography. Hydrography is the science of surveying and charting bodies of water, such as oceans, seas, lakes, and rivers. 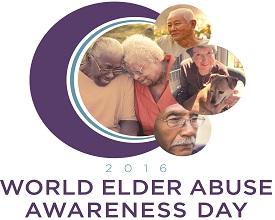 The World Celebrated the World Elder Abuse Awareness Day on 15th of June to raise voice against violence related with older people. Various events were organized across the globe to raise awareness of elder abuse and highlight ways to challenge such abuse. It has been observed that a global population of people aged 60–years and older will more than double, from 542 million in 1995 to about 1.2 billion in 2025 and around 4 to 6% of elderly people have experienced some form of maltreatment at home.

News 14: International Day of Yoga 2016 observed across the globe 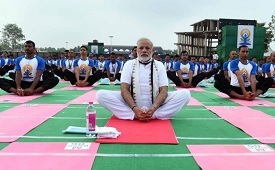 The International Day of Yoga was observed across the globe on 21st June. The theme was – “Connect the Youth”. The United Nations General Assembly has declared 21st of June as an International Yoga Day on 11th of December in 2014. The day is also called as the World Yoga Day.

In India, the Union Government organized the event titled The National Event of Mass Yoga Demonstration at the Capitol Complex in Chandigarh where Prime Minister Narendra Modi himself performed yoga.

The United Nations' (UN) World Refugee Day is observed annually on June 20 ever since the UN General Assembly, on 4th December 2000, adopted resolution 55/76. The day honors the courage, strength and determination of refugees who are forced to flee their homeland under threat of persecution, conflict and violence.

The UN Refugee Agency launched its #WithRefugees petition on June 20th to send a message to various Governments that they must work together and do their fair share for refugees.

News 16: International Day for the Elimination of Sexual Violence in Conflict

The United Nations adopted 19th June as the International Day for the Elimination of Sexual Violence in Conflict in 2015. The day is observed annually and aims to raise awareness of the need to put an end to conflict-related sexual violence and to honour the victims and survivors of sexual violence around the world. 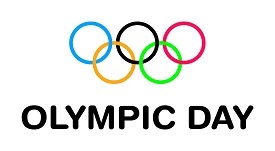 The International Olympic Day is celebrated on the 23rd June annually. It was introduced in 1948 to commemorate the birth of the modern Olympic Games on the 23rd June 1894 at the Sorbonne in Paris. The goal was to promote participation in sport across the globe regardless of age, gender or athletic ability. The three pillars of the day are - “Move”, “Learn” and “Discover”.

Over the last 20 years, this Olympic Day has been associated with Olympic Day Runs all over the world. McDonald's in 2003 became the worldwide partner of this event. 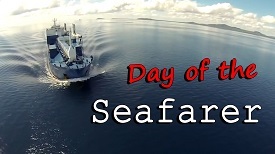 The Day of the Seafarer 2016 was celebrated across the globe on the 25th June 2016. The campaign theme this year is: "At Sea for All". The theme has a clear link with the 2016 World Maritime Day theme, "Shipping: Indispensable to the World", emphasizing that seafarers serve at sea not just for the shipping industry or for their own career purposes but for all of us – and, consequently, they are also "Indispensable to the World".

The decision to celebrate 25th June as the Day of the Seafarer was taken by the InternationalMaritime Organization (IMO) in 2010. The Day was first observed by IMO in 2011.

The International Day against Drug Abuse and Illicit Trafficking was observed on the 26th June 2016 with the theme “Listen First”. It is a day to reaffirm our commitment to the global war on substance abuse. The observance was instituted by the United Nations General Assembly on Dec 7, 1987. The day is celebrated worldwide to make people aware and emphasize the hazards of drug addiction and illegal trafficking.

On this day, the United Nations Office of Drugs and Crime (UNODC) also released the World Drug Report 2016.