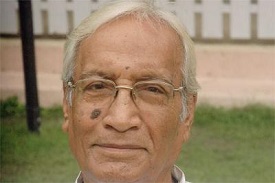 The former chief curator of the Cricket Association of Bengal (CAB) Prabir Mukherjee, passed away in Kolkata at the age of 86 years after suffering from liver problems and depression.

Mr. Mukherjee was in charge of the tracks at the Eden Garden for close to 25 years. He also served as the manager of Bengal and East Zone teams. His association with Cricket Association of Bengal (CAB) began in 1979. His last assignment at the Eden Gardens was for a Twenty20 International between India and South Africa in October 2015. 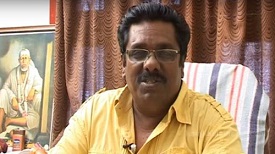 Popular Tamil actor and director Balu Anand passed away following a cardiac arrest in Coimbatore at the age of 62 years. Anand has acted in some 100 films and directed a few Tamil movies.

The actor–director is known for movies like Anbe Sivam, Unakkaga Ellam Unakkaga, Rajadhi Raja, and Raja Kulothunga. 'Annanagar First street' and 'Nane Raja Naane Mantri' were some of his hit films. 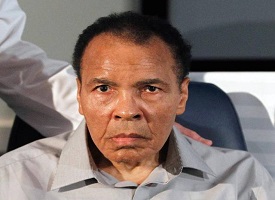 The three-time World Heavyweight Champion boxer Muhammad Ali passed away at an Arizona Hospital where he was being treated for a respiratory issue. He was 74 years. He was battling Parkinson's disease for the last 32 years. 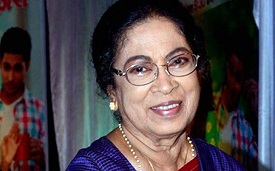 Veteran theater and film actor Sulabha Deshpande passed away at the age of 79 years at her Mumbai residence after a prolonged illness.

She featured in several Marathi and Hindi films and TV serials. Some noteworthy Hindi films in which she appeared included "Bhumika" (1977), "Arvind Desai Ki Ajeeb Dastaan" (1978) and "Gaman" (1978). Recently, she had appeared in Gauri Shinde – directed "EnglishVinglish". She was the recipient of the 1987 Sangeet Natak Akademi Award for Hindi – Marathi theatre acting. 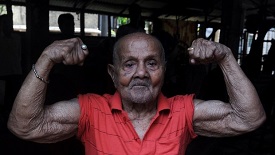 Mr. Manohar Aich joined the Royal Air Force in 1942 where he began to work on his body. 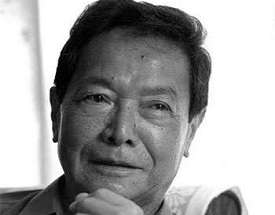 Amber Gurung, the legendary Nepali musician and composer of Nepal’s national anthem 'Sayaun Thunga Fulka Hami' passed away due to diabetes and Parkinson's disease. He composed more than a 1,000 songs including many era-defining numbers during his career.

He was a self-taught musician who learned both western and eastern classical music entirely on his own. 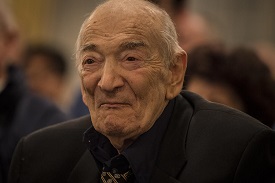 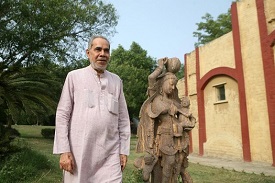 Veteran journalist KK Katyal died at the age of 88 years. He passed away in a hospital in Delhi after a brief illness.

Mr. Katyal had worked with various newspapers including The Statesman, Hindustan Times and The Hindu. He had a stint with the United States Information Services as well. He also served as the President of the South Asia Free Media Association. He started his career by working in the News Chronicle soon after Independence. 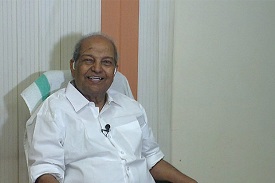 Former Kerala Assembly Speaker, T S John passed away at the age of 74 years due to old age related ailments. He had served as a Minister in the A K Antony cabinet. He was one of the founder members of the Kerala Congress and was elected to the assembly from Kalooppara constituency four times. 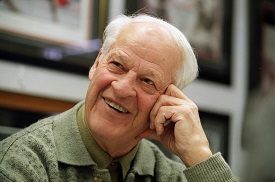 Legendary Canadian Ice Hockey player Gordie Howe, who was nicknamed "Mr. Hockey", passed away at the age of 88 years.

Mr. Howe was the National Hockey League’s leading scorer six times and a six-time winner of the Hart Trophy as the league’s most valuable player. He led the Detroit Red Wings to four Stanley Cup championships, and in 2008 he received the NHL’s first Lifetime Achievement Award. 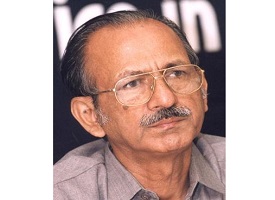 M.S. Krishna Bhat, the former Chairman of Karnataka Bank (1995–2000), passed away at the age of 78 years. He is credited with consolidating the position of the Bank. Karnataka Bank witnessed new highs under his able leadership.

Mr. Bhat joined Karnataka Bank in 1970. During his tenure as Chairman, the total business more than tripled. The Bank also secured the highest P1+ rating for its Certificate of Deposits from CRISIL. Computerization of banking operations was initiated during his tenure. 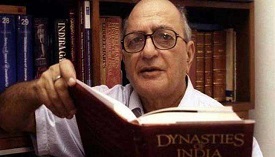 One of the most respected journalists of the country, Inder Malhotra, passed away at the age of 86 years. The veteran had worked with The Statesman and The Times of India, New Delhi. He began his career with the United Press of India. He also wrote for The Guardian (1965-95).

He is a recipient of the prestigious Ramnath Goenka Award (Lifetime Achievement). He also has authored few books including former Prime Minister Indira Gandhi's biography, 'Indira Gandhi: A Personal & Political Biography (1989)'. He is both a Nehru Fellow (1986-87) and a Woodrow Wilson Fellow (1992-93). 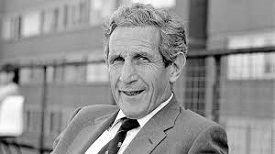 The former Derbyshire and England batsman, Donald Carr, died at the age of 89 years. He was an astute captain of Derbyshire, and in one Test led England. He made almost 20,000 first class runs and claimed 328 wickets with his left-arm spin in his 23-year career and was also named the Wisden Cricketer of the Year in 1960.

After retiring as a player in 1962, he continued to serve the game as a cricket administrator, serving as the secretary of the Test and County Cricket Board. 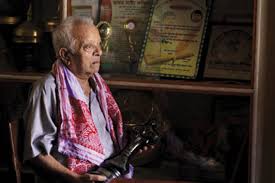 Noted playwright and actor Achyut Lahkar passed away at the age of 85 years following a protracted illness. He was the doyen of Assam’s mobile theatre movement and founded Nataraj Theatre, the first mobile theatre company of Assam in 1963. He is also referred to as the ‘Father of Assamese Mobile Theatre’.

The State Government has announced to accord full state honors and to declare one-day state mourning in his respect. He was awarded the Kamal Kumari National Award in 1997. He also received the Bhaben Barua Award, Mancha Prabhakar Award and Braja Nath Sarma Award. 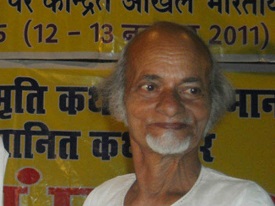 Eminent Hindi Novelist Mudrarakshasa passed away following a prolonged illness at the age of 82 years. His real name was Subhash Chandra and wrote novels and other forms of Hindi prose besides producing literature for children with his pen name.

He graduated from Lucknow University and was then employed as Assistant Editor of Gyanodaya (published from Calcutta) from 1955 to 1958. He had also edited Hindi journal Anuvarta and was also associated with All India Radio. 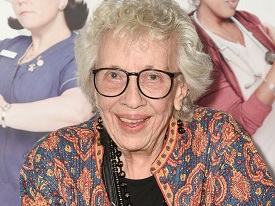 Popular TV actress Ann Morgan Guilbert passed away due to cancer at the age of 87. Some of her best works were five-season run on classic sitcom Dick Van Dyke Show, I Dream of Jeannie, My Three Sons, The Alfred Hitchcock Hour, The Partridge Family, Love, American Style, and The New Andy Griffith Show.

She was last seen performing in CBS's Life in Pieces which was a James Brolin's comedy. A Minnesota native, she left her hometown and headed for California to study theater and began working as a performer. 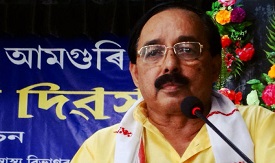 Mr. Anjan Dutta, President of the Assam Pradesh Congress Committee passed away at the age of 64 years due to cardiac failure at the AIIMS Hospital in Delhi. He previously served as in-charge of several departments of the state including transport and was also elected as the MLA of Amguri constituency in the state thrice.

He became the president of the Assam Pradesh Congress Committee on Dec. 13, 2014. Dutta was a cabinet minister and a close associate of Tarun Gogoi, the former Chief Minister of Assam. 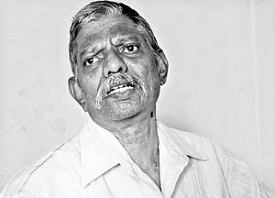 Noted Telangana poet and lyricist Guda Anjaiah passed away at his residence in Hyderabad at the age of 61 years. He was suffering from kidney problems and jaundice. Anjaiah was born in Lingapuram village of Dandepalli mandal in Adilabad district in 1955. 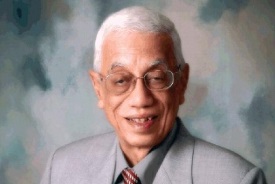 Educationist Neil O'Brien, credited with pioneering quizzing in the country, died in Kolkata at the age of 82 years. He was a former member of Lok Sabha and also a three-time nominated Anglo-Indian MLA in West Bengal.

Neil O'Brien had conducted the first wellorganized, formal quiz in 1967 at Christ the King Church Parish Hall in Kolkata (then Calcutta). He was also a former chairman of the Council for the Indian School Certificate Examination and the Inter State Board of Anglo-Indian Education and also as managing director of Oxford University Press, India.

Margaret Vinci Heldt, the creator of the beehive hairstyle, passed away at the age of 98 years. She became a hairstyling celebrity after she created the famous beehive hairdo in 1960. She ran a salon in Chicago and first debuted the hairstyle for a magazine cover in 1960. She won the National Coiffure Championship in 1954.

Renowned Politician turned Educationist, Jeppiaar, died in Chennai at the age of 85 years. Jesadimai Pangiraj also known as JPR was the Founder Chancellor of the Sathyabama University in Chennai. The Jeppiaar Educational Trust, established by him, runs several well-known engineering colleges in and around Chennai. He also established the St. Joseph’s College of Engineering and the St. Mary’s School of Management Studies in 1994.

He was the AIADMK secretary of the Chennai District from 1972 to 1987 and was the Special Envoy to the Chief Minister. 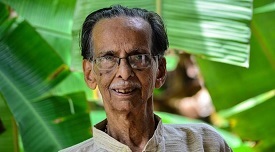 Veteran Malayalam Theatre Artist Kavalam Narayana Panicker passed away at the age of 88 years. He was a well-established poet, lyricist and theatre director. He has written over 26 Malayalam plays, many adapted from classical Sanskrit drama and Shakespeare. His notable works are Madhyamavyayogam, Kalidasa's Vikramorvasiyam, Shakuntalam, Karnabharam, Bhasa's Uru Bhangam, Swapnavasavadattam and Dootavakyam.

In 1961, he was nominated as the Secretary of Kerala Sangeetha Nataka Akademi. He also won a number of honours, including Sangeeth Natak Akademy award, Sangeeth Natak Fellowship and Kerala State Film Award for the best lyricist. 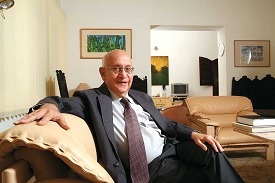 Xerxes Sapur Desai, the man who founded Titan Co. Ltd passed away because of acute gastroenteritis in Bengaluru at the age of 79 years. He played a key role in introducing India to its first quartz watch after he set up Titan Co. Ltd (part of Tata Sons).

Mr. Desai graduated from the Oxford University and joined Tata Administrative Service (TAS) in 1961. He worked with Tata Press, Tata Chemicals and Taj Hotels and went on to set up Titan in 1986. He also started Tanishq, the jewelry business which is now a trusted brand and India’s largest jewelry firm. 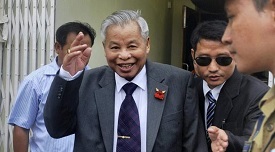 The Chairman of the NSCN (IM) Isak Chishi Swu passed away in New Delhi after a prolonged illness at the age of 87 years.

He joined the Nagaland Underground Force in the late 1950’s and served as the Foreign Secretary of the Naga National Council (NNC) which was a political organization of Naga People. Isak Chishi Swu is one of the founding leaders the National Socialist Council of Nagaland (NSCN) in January 1980.

His death comes at a time when the NSCN (IM) and the Indian government are still negotiating for the final conclusion of the Naga Peace Accord.