A new book “The Unseen Indira Gandhi” authored by Dr. KP Mathur, the personal physician of former Prime Minister Indira Gandhi, was released in May 2016. The Book, published by Konark Publishers, recollects her cool composure under pressure and her evolution into a leader. The foreword of the book was written by her granddaughter Priyanka Gandhi Vadra.

The 151-page book covers several milestone moments in Mrs. Gandhi’s life: the 1971 Bangladesh War; Pokhran nuclear tests of 1974, imposition of Emergency; death of her younger son Sanjay and circumstances in which the latter’s widow Maneka walked out of the family.

News 2 - A Life in Diplomacy written by MK Rasgotra 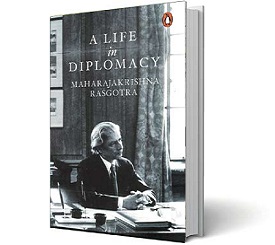 The book titled A Life in Diplomacy, authored by Former Indian Diplomat Maharaja Krishna Rasgotra, was in news in the third week of June 2016. The book is a narrative of India’s evolution from a newly independent nation to a credible global player.

Maharaja Krishna Rasgotra joined the Indian Foreign Service in 1949 and rose up to the rank of Foreign Secretary. His other books include – America in the Asian Century, The New Asian Power Dynamic and Science and Technology in China: Implications and Lessons for India. 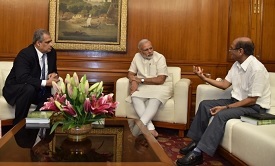 Prime Minister Narendra Modi released a book titled “The Birds of Banni Grassland” in New Delhi. The Book is a compilation of the research work, relating to more than 250 species of birds found in the Banni area of Kutch, Gujarat.