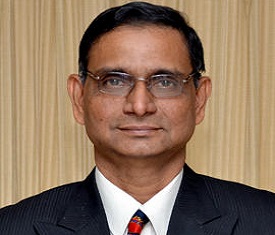 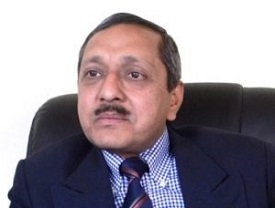 Mr. Navin Agarwal, a 1986 batch IPS officer of Jammu and Kashmir cadre, has been appointed as the Chief of National Anti-Doping Agency (NADA). The Appointments Committee of Cabinet (ACC) chaired by the Prime Minister Narendra Modi approved his appointment. He has been appointed to the post for five years. He is currently posted as the Director General of Police (Prisons) PHQ, Jammu & Kashmir Police.

NADA works for dope free sports under the Departments of Sports, Ministry of Sports, Government of India.

News 3 - Sasikumar Appointed as the new Managing Director of SBT 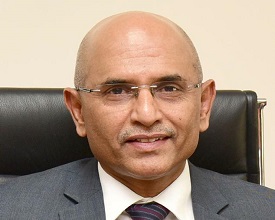 Mr. CR Sasikumar has taken over as the Managing Director of the State Bank of Travancore (SBT). Before joining SBT, he was working as the Deputy Managing Director, Inspection & Management Audit, at the SBI Corporate Centre in Hyderabad. He started his career as a Probationary Officer with State bank of India in 1978 and has held several key positions in the bank including an overseas assignment heading the China Operations of SBI.

The State Bank of Travancore (SBT), is a subsidiary of the State Bank Group and is the premier bank of Kerala, India. 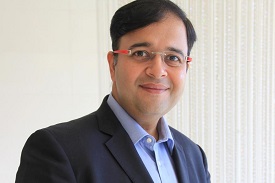 Mr. Umang Bedi will take over as the Managing Director of Facebook India, from Kirthiga Reddy who will be returning to the United States to take on a new role at the company’s headquarters at Menlo Park.

Mr. Umang will officially start at Facebook in July 2016. He will lead in building and maintaining strategic relationships with top clients and regional agencies in the country. At Adobe, Umang Bedi was responsible for growing their business in India and helping India grow amongst the leading markets for Adobe. 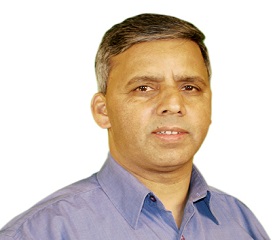 Dr. Shahid Rasool, a former US Fulbright Fellow in Communication Technology, took charge as the Director of the Commonwealth Educational Media Centre for Asia (CEMCA). 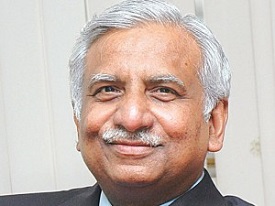 Jet Airways Chairman Naresh Goyal has been reelected to the prestigious International Air Transport Association's (IATA) Board of Governors for a fifth successive tenure. Mr. Goyal will serve a three-year term, lasting until the close of IATA's 75th AGM in 2019. Mr. Naresh Goyal is the only representative from India on this board.

IATA represents more than 260 member airlines, and plays a key role in helping formulate the global policy on critical aviation issues. As a member of the Board of Governors, Mr. Goyal will participate in providing policy directives and guidance to IATA Industry Committees and to their subsidiary bodies. 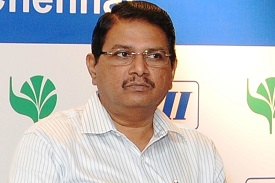 Mr. Rao replaces K Gnanadesikan who has been transferred to act as the Chairman and Managing Director of Tamil Nadu Industrial Development Corporation (TIDCO). Santha Sheela Nair has been appointed as the Officer on Special Duty in the Chief Minister's Office. 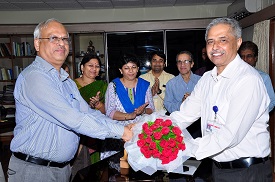 Distinguished Scientist, G Kalyanakrishnan, has taken over as the Chief Executive of the Nuclear Fuel Complex (NFC), Hyderabad. He took over the charge from N Saibaba, who has retired on completion of two years of extended period of service. Mr. Kalyanakrishnan will also be the Chairman of the NFC Board. Prior to this assignment, Kalyanakrishnan was holding the position of the Deputy Chief Executive, NFC.

He has a vast experience in erection & commissioning as well as operation of Heavy Water Plants. He has also contributed in the successful commissioning of the Zirconium Complex (ZC – a Unit of NFC) at Tuticorin, Tamil Nadu. 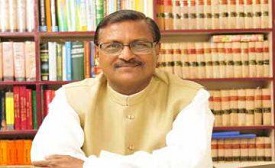 Former Parliamentarian Satya Pal Jain has been appointed as a part-time member of the Law Commission of India. This appointment is in addition to his charge as an Additional Solicitor General of India. He is a noted constitution lawyer and a senior BJP leader.

The President of India had constituted the 21st Law Commission of India on the 14th September, 2015 to study judicial reforms in the country. Retired Judge of the Supreme Court, Dr. Justice B.S. Chauhan, is the Chairman of this Commission. 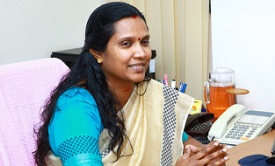 The head office of KINFRA is located in Thiruvananthapuram. KINFRA aims at bringing together all the suitable resources available in the state and developing infrastructure to woo the industrial growth of the state. 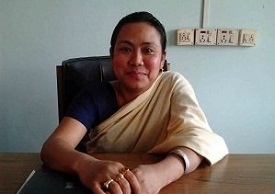 Ms. Ranu Langthasa became the first woman Chairperson of the North Cachar Hills Autonomous Council in Assam after she was unanimously appointed as the Chairperson in a special session held in the NCHAC.

The North Cachar Hills district, Dima Hasao, is an Autonomous District (Lok Sabha Constituency) enjoying the Sixth Schedule status granted by the Constitution of India. The Autonomous Council is a powerful body and almost all the Departments of Government are under its control except the Police and Law & Order, which is under the Assam Government.

Justice Rakesh Ranjan Prasad has assumed charge as the Chief Justice of the High Court on 13th June. He was earlier the Judge of the Jharkhand High Court and was transferred to the Manipur High Court by the President of India. His appointment came after the retirement of present incumbent Laxmi Kanta Mohapatra.

Justice Rakesh Ranjan Prasad is a Science graduate and obtained his LL.B. Degree from Patna Law College. He joined as the Registrar General in the High Court of Jharkhand on 8th June 2001. 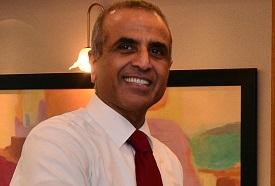 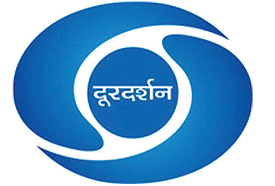 Senior IAS Officer Supriya Sahu has been appointed as the full-time Director General of the State-run broadcaster Doordarshan by the Appointments Committee of the Cabinet, replacing Aparna Vaish who was the acting head of Doordarshan. She has been appointed to the post on a deputation basis for a period of three years from the date of assumption of charge.

Ms. Sahu has earlier worked as the Director and Joint Secretary in Information and Broadcasting Ministry, Nodal Authority for the National Broadcaster Doordarshan. 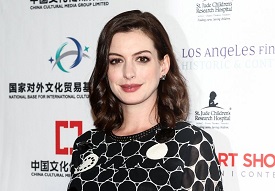 The UN Women declared actor Anne Hathaway as its Global Goodwill Ambassador. The actress will have to put the efforts on the issue of the unequal burden of care work in the home as one of the key barriers to gender equality. Other services include affordable childcare services and shared parental leave at both government and corporate levels.

Ms. Hathaway has previously served as an advocate for Nike Foundation. She travelled to Kenya and Ethiopia to raise awareness on child marriage. Women’s economic empowerment is one of UN Women’s core strategic pillars, and a priority focus under Ms. Mlambo-Ngcuka’s leadership. 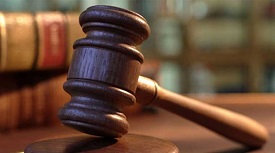 The Senior Legal Service Officer Suresh Chandra was appointed as the Union Law Secretary who is presently serving as the Additional Secretary in the department. This is the first time the Government had issued a notification for this post, even seeking candidates from outside the Law Ministry.

Previously, the ministry received 45 applications from across the country, including those from serving Sessions Judges as well. 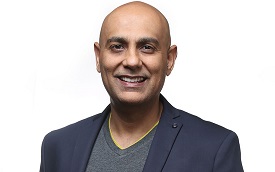 The Global Payments Platform PayPal appointed Mr. Anupam Pahuja as the Managing Director and Country Manager for its India operations. Mr. Pahuja will be responsible for all aspects of PayPal's India business and further strengthening the company's operations in the country.

He has been with the company for over six years and has been heading the technology for APAC. Prior to PayPal, he was the Managing Director for India for NASDAQ listed SumTotal Systems, the world’s largest eLearning company. 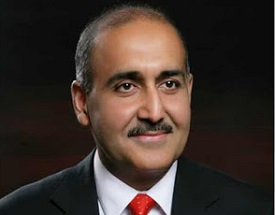 The DBS Bank (India) decided to appoint Mr. Niraj Mittal as the Managing Director and Head of their Institutional Banking for India. His reporting will be to Jeanette Wong, Group Executive and Head of Institutional Banking Group in Singapore and Surojit Shome, CEO of DBS India. His roles and responsibilities will be for scaling up business with institutional banking clients by driving both new client acquisition and deepening existing relationships. 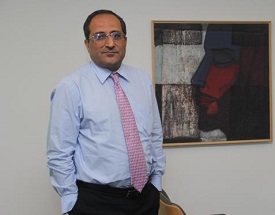 The RBL Bank (formerly known as The Ratnakar Bank Limited) has appointed Mr. Brijesh Mehra as the head of its corporate, institutional and transactional banking. He was earlier working with the Royal Bank of Scotland (RBS) as its India chief. The appointment comes within a month of RBS announcing its withdrawal from customer facing activities in India.

Mr. Mehra will be reporting to the Managing Director and Chief Executive Officer Vishwavir Ahuja. He will be responsible for developing and managing relationships with large corporates, public sector undertakings, financial institutions, multinational corporations and local administration. 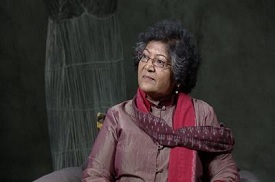 An Indian-origin lawyer from South Africa Yasmin Sooka has been appointed to chair a UN commission to monitor the human rights situation in South Sudan. The long-time human rights activist is then to make recommendations for their improvement. She will work together with Kenneth Scott from the USA and Godfrey Musila of Kenya.

Sooka is currently the Executive Director of the Foundation for Human Rights (FHR) in South Africa. The UN resolved to establish the Commission following calls for investigation into alleged atrocities by both government and rebel forces before an independent South Sudan was carved out of the larger Sudan in 2011. 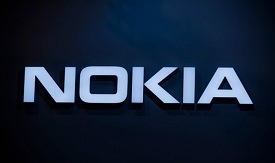 Nokia has appointed Sanjay Malik as the head of the Indian market. The appointment is effective August 1. He is currently Head of Network Implementation (NI) at Nokia Global Services. He will be based in Gurgaon and will lead customer operations, drive the business growth strategy and superior customer engagement services for the India market.

Sanjay is credited with efficiently driving growth and delivering strong performance both in terms of revenue and operational efficiency. Previously, he was heading Bharti GCBT (Global CBT).

News 22 - Sujoy Bose appointed as the CEO of NIIF

The NIIF has been established with the aim to attract investment from both domestic and international sources for infrastructure development in commercially viable projects. 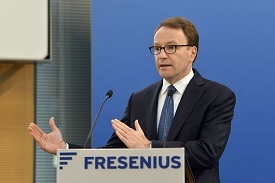 Mr. Schneider will join on September 1 and start as the CEO on January 1 after “an introductory period”. 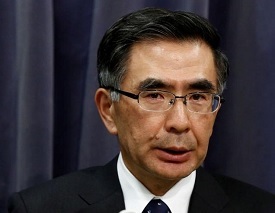 The board of Suzuki Motor Corporation has appointed Toshihiro Suzuki, son of Chairman Osamu Suzuki, as its next Chief Executive officer with immediate effect. Osamu stepped down as the CEO to take responsibility for the firm's use of incorrect testing methods to calculate vehicle mileage. He will remain the Chairman of the corporation.