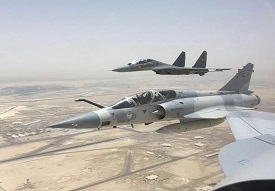 The Exercise Desert Eagle II saw the IAF Su 30 MKI participating along with Mirage 2000-9 and F-16 block 60 of the UAE Air Force. The Indian Air Force had participated previously in Desert Eagle I in 2008. 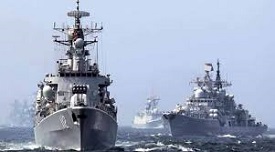 India, the United States and Japan began the annual exercise Malabar 2016 on 10th June in Japan. Indian Navy ships Satpura, Sahyadri, Shakti and Kirch are participating in the 20th edition of Exercise MALABAR – 16 with the US Navy and Japanese Maritime Self Defense Force (JMSDF). The harbour phase was conducted at Sasebo from 10 to 13 June and the sea phase in the Pacific Ocean from 14 to 17 June.

The 19th edition of the exercise, Exercise MALABAR – 15, was conducted off Chennai. The primary aim of this exercise is to increase interoperability amongst the three navies and develop common understanding of procedures for Maritime Security Operations. 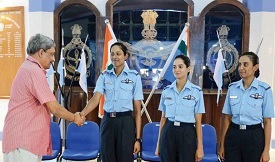 The Indian Air Force commissioned its first batch of three women pilots - Avani Chaturvedi, Bhawana Kanth and Mohana Singh into its fighter squadron. On successful completion of their Stage III training at Bidar in adjoining Karnataka next year, they will get to fly fighter jets like the Sukhoi and Tejas.

The achievement of the three is a significant milestone for the Indian military. The government has decided to open the fighter stream for women on an experimental basis for five years.

Hindustan Aeronautics Limited (HAL) inaugurated indigenous Basic Trainer Aircraft (BTA) HTT-40. It contains close to 80% indigenous contents and almost 505 of the components are manufactured by private players of the Indian aerospace ecosystem. It will be used for the first-stage training for all flying cadets of the three services.

The project is expected to get BTA certified in 2018. The commercial production of the trainer aircraft can generate nearly Rs 3,000-4,000 crore. HAL’s initial investment is Rs. 350 crores, when it took it up in August 2013.

News 5 - DRDO signs an MoU with the Jadavpur University to establish a Rs. 100 crore research centre 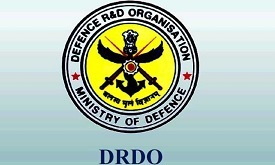 Defence Research & Development Organisation (DRDO) signed a Memorandum of Understanding with the Jadavpur University for setting up of the Rs. 100 crore Jagadish Chandra Bose Centre for Advanced Technology (JCBCAT), a research centre, at the university.

Expected to be ready in the next two years, the focus of the centre will be on pursuing collaborative advanced research, starting with secure systems and cognitive technologies, directed energy, unmanned and robotics technologies and then venturing towards other futuristic technologies. 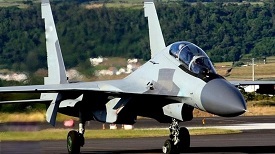 With this successful flight, the Brahmos air version program now inches closer towards actual test firing when a 2.5-ton BRAHMOS airto-ground missile will be fired from the Sukhoi30 in the coming months. It is first in the World combination of supersonic cruise missile with a long range fighter aircraft. The powerful missile will enable the IAF to penetrate deep inside the enemy territory to deliver a deadly blow to their vital installations from standoff ranges. 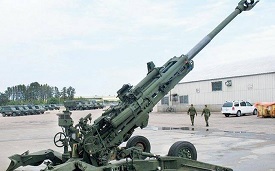 The Defence Ministry gave its nod for the purchase of 145 Ultra-Light Howitzers guns, worth about 750 million dollars from the US. The Defence Acquisition Council, DAC chaired by Defence Minister Manohar Parrikar approved this in New Delhi. While 25 guns will come to India in a fly away condition, the rest will be assembled at the proposed Assembly Integration and Test facility for the weapon system in India in partnership with Mahindra and Mahindra company. The guns will be deployed in high altitude areas in Arunachal Pradesh and Ladakh.

During the meeting, the DAC also approved bulk production of 18 Dhanush artillery guns. Another key project that got approval will allow the Navy to issue tenders to build six next generation missile vessels under Buy Indian category for 13 thousand 600 crore rupees. 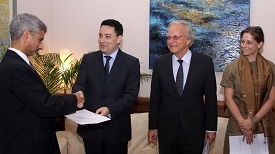 India has officially become the 35th full member of Missile Technology Control Regime. As a new member India will be entitled to “full participation” in organizational activities including the October 2016 plenary of the regime which will take place in South Korea. India had firmed up its claim to MTCR by joining The Hague Code of Conduct against Ballistic Missile Proliferation (HCoC).