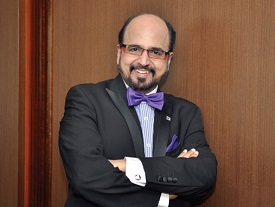 Mr. Raghavan Seetharaman, who is the Group Chief Executive Officer of Doha Bank, was awarded the Green Economy Visionary award at the 2016 Union of Arab Banks International Banking Summit held in Rome for his contribution in environment friendly activities and for promoting green economy for nearly two decades. The award was presented to him by Mohammed Jarrah Al-Sabah, Chairman of Union of Arab Banks. 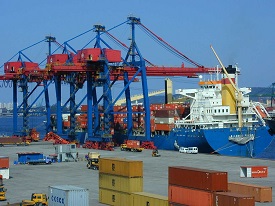 The V.O. Chidambaranar Port has bagged the National Award for Excellence in Cost Management for the year 2015, for the third time, from the Institute of Cost Accountants of India under the category of Public Service Sector – Small.

This award has been given for exemplary performance of the V.O. Chidambaranar Port towards optimization of manpower, savings in electricity, implementation of Solar Energy Systems, reduction of overall cost of handling by mechanization and improvising efficiency and logistics support. 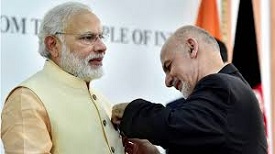 Our Prime Minister, Shri Narendra Modi has been conferred with Amir Amanullah Khan Award, Afghanistan’s Highest Civilian Honor. He was bestowed with this honor by the Afghan President, Ashraf Ghani. 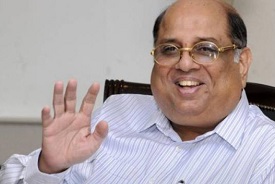 The President of the Indian Olympic Association (IOA), Mr. N Ramachandran was conferred with the highest award of the Olympic Movement ‘Olympic Order’ by the International Olympic Committee for his outstanding services to the Olympic Movement. This award is honored for the efforts made by the people in the cause of sports.

Mr. N Ramachandran is the president of the Indian Olympic Association (IOA) since February 2014 and is the second Sports Administrator from Tamil Nadu to receive the award after the late B.S. Adityan, a former IOA president. 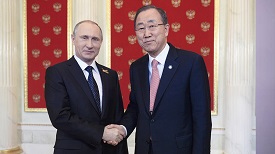 The UN Secretary General Ban Ki-moon has been honored with Russia's Order of Friendship for special merits in strengthening peace, friendship, cooperation and mutual understanding between people.

The order was set up in 1994 and is meant to honor Russian Citizens and Foreign Nationals for outstanding accomplishments in strengthening peace and cooperation with Russia, as well as for charity activities. Notable recipients in the past include Prince Michael of Kent, Oscar Niemeyer and former President of the International Olympic Committee, Jacques Rogge. 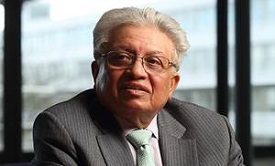 Queen Elizabeth II has awarded the prestigious Regius Professorship in Manufacturing to Warwick Manufacturing Group (WMG) at the University of Warwick, founded by an Indian Origin Professor Lord Kumar Bhattacharyya, for its academic research which has contributed to driving growth and improving its productivity.

Professor Bhattacharyya, who is an IITKharagpur alumnus, has advised the UK Government on manufacturing, innovation and technology. The creation of Regius Professorships falls under the Royal Prerogative, with each appointment being approved by the Queen upon Ministerial advice. 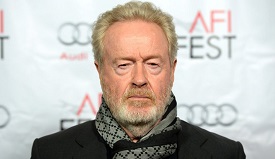 The English film director and producer, Ridley Scott, will be honoured with the 30th American Cinematheque Award at the Beverly Hilton. Some of his notable movies are Balderunner, Thelma & Louise, Gladiator, Black Hawk Down, Hannibal, American Gangster, Prometheus and The Martian. He has received the BAFTA Award for outstanding British contribution to cinema and was also knighted for his services to the British film industry.

The previous honorees of this award include Tom Cruise, Al Pacino, Reese Witherspoon and The Martian actor Matt Damon. 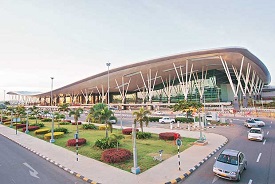 The Airports Authority of India (AAI) has been conferred the National Award for Best Performing Central PSU for Green Energy. The award was given for AAI's Roof Top Solar Power initiatives.

AAI has been successful in installing 4.8 MWp roof top solar plants at 13 airports and further work for 4.9 MWp at 14 airports is likely to be completed by December, 2016. The solar power generation is 51 Lakhs units (Approx.) from the completed solar power plants at various airports.

The 'Sansad Ratna' awards instituted by the Prime Point Foundation and E-magazine PreSense, were given to four first time Lok Sabha MPs and one former Rajya Sabha member for their performance in the Parliament.

The First time MPs who were awarded the 'Sansad Ratna' are:

The Shiv Sena MP from Shirur in Maharashtra, Shivaji Adhalrao Patil, and former RS Member and CPI (M) leader from Kerala, P Rajeev, were also honoured for their work. 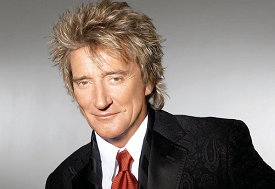 Renowned Singer Rod Stewart has been Knighted in the Queen's Birthday Honors. The legendary Singer – Songwriter has been honored by her Majesty for his services to Music and Charity. His smash hits include You Wear It Well, Hot Legs, Da Ya Think I’m Sexy, Some Guys Have All the Luck, Maggie May and Young Turks.

Astronaut Tim Peake, meanwhile, became the first Briton honoured for work in space. Major Peake is currently on the International Space Station. He would become a Companion of the Order of St. Michael and St. George for services to Space Research and Scientific Education. 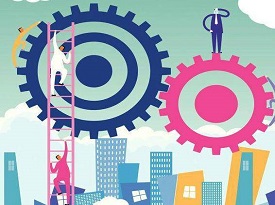 The Canadian Institute of Planners, a professional institute working for effective planning on land use, has awarded the Bhubaneswar Municipal Corporation under planning excellence merit category. The award has been given to the Capital City of Odisha for its Smart City strategy.

According to the Institute, the Bhubaneswar Municipal Corporation has played a pivotal role in redefining existing planning processes. 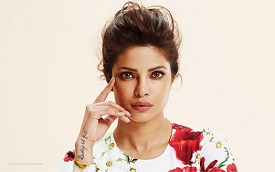 Actress Priyanka Chopra has been nominated at the 2016 Teen Choice Awards for her stint as FBI Trainee Alex Parrish in American TV series "Quantico". She got the final nomination in the Choice TV Breakout Star category. The Awards will be announced and distributed in Los Angeles on July 31.

Priyanka had earlier won the Favorite Actress title in a New TV series award at the People's Choice Awards 2016 for the same role. 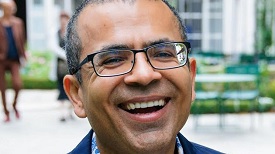 Family Life, a novel written by an Indian – American writer, Akhil Sharma, has won the 2016 International Dublin Literary Award. The award carries a cash prize of €100,000. The novel is about an eight-year-old Indian boy who moves to the US with his family in the late 1970s and mirrors the author's own experience of emigrating from India to America as a child.

The novel, Family Life is Sharma’s second novel and took him 13 years to write. The novel has also won the prestigious 2015 Folio Prize. Akhil's first novel was ‘An Obedient Father’ published in year 2000 which won the prestigious PEN/Hemingway Foundation Award in 2001. 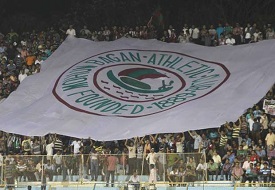 Kolkata Giants declared in an executive committee meeting to honor Indian footballer and coach Syed Nayeemuddin with the Mohun Bagan Ratna 2016 for his outstanding contribution to the club and the country both as a player and as a coach.

He joined Mohun Bagan as a coach in 1992 and became the second Indian coach to win the treble in a season. In 1994, Mohun Bagan won Federation Cup, Calcutta League and Rovers Cup under his leadership as a coach. 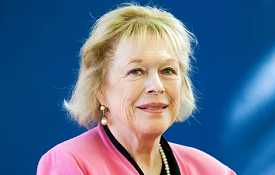 The 2016 PEN Pinter Prize for 2016 was conferred to poet, novelist and environmental activist Margaret Atwood. The Award Ceremony will be at the British Library on the 13th October 2016. The judges appreciated Atwood as a ‘consistent supporter of political causes’, adding ‘her work championing environmental concerns comes well within the scope of human rights due to which she is considered as a very important figure in terms of the principles of PEN and of Harold Pinter.

Margaret Atwood’s British Library address will be published by Faber & Faber and will be available to the audience at the event. 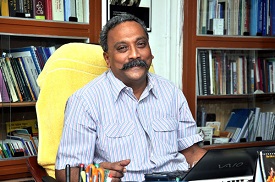 Professor Sanjay Mittal from the Department of Aerospace Engineering of IIT–Kanpur received the prestigious G D Birla Award for Scientific Research for 2015. He was instrumental in establishing the High Performance Computing (HPC) facility at the IIT Kanpur and heads the National Wind Tunnel Facility.

Professor Sanjay Mittal is also a recipient of the Shanti Swarup Bhatnagar Prize for Science and Technology. He also works in the area of sports aerodynamics. His team was able to bring out the aerodynamic difference between a duckfeather and synthetic shuttle cock. Currently, the team is working at the aerodynamics of the swing and reverse-swing of a cricket ball. 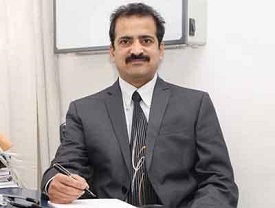 Dr. Shashank S. Shah, MBBS, MS, FAIS, FICS (Hon), FMAS (Hon), FIAGES (Hon), FALS (Hon), DLS (France) was conferred with the American Diabetes Association's 2016 Vivian Fonseca Scholar Award given by the American Diabetes Association (ADA) for his contribution in research on diabetes in South Asia. He was given award for his research on Gastric Bypass vs. Medical/Lifestyle Care for Type 2 Diabetes in South Asia with BMI 25-40 kg/m2 — The COSMID Randomized.

Dr. Shah is presently the Director of the Laparo–Obeso Centre in Pune, India. The center provides comprehensive treatment for obesity and related metabolic diseases and is also a training site for laparoscopic and bariatric surgery. Shah is one of the pioneering bariatric surgeons in India and laparoscopic sleeve gastrectomy in Asia. 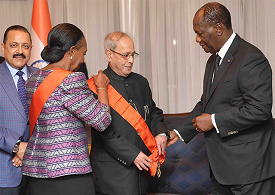 Indian President Pranab Mukherjee was honored with the Grand Cross National Order of the Republic of Cote D'Ivoirie by its President Alassane Ouattara on his maiden visit to India. It is the highest civilian honor and first such honor accorded to Mukherjee. According to the President’s statement, India’s public and private sector aims to join Cote D’Ivoirie in setting up agro-based industries because of its fertile soil as well as its agricultural and mineral resources.

The President promised that India will remain a steadfast partner in assisting Cote D’Ivoirie in its economic development and growth. It is said that trade relations between the two nations is expected to touch USD 1 Billion in the next few years. 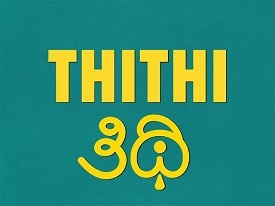 Other films nominated in the best film category were One Night Only (China), Hana's Miso Soup (Japan), Land of the Little People (Israel) and Detective Chinatown (China). 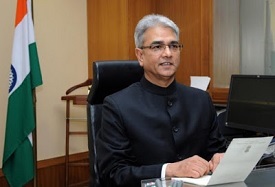 Comptroller and Auditor General of India (CAG) Shashi Kant Sharma has been conferred the Honorary Professorship by the Nanjing Audit University in China. It is the only university which is recognized by the Institute of Internal Auditors.

Mr. Sharma is in Beijing to take part in the first meeting of Supreme Audit Institution (SAIs) of BRICS countries. BRICS SAI leaders have agreed to actively enhance quality of auditors to enable SAIs to play a bigger role in advancing economic and social development. 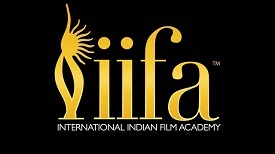 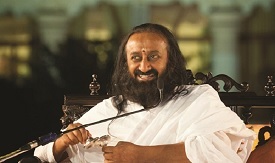 NISAU was created to provide a unifying voice for students with Indian heritage and promote, educate and celebrate Indian culture with people of all communities. 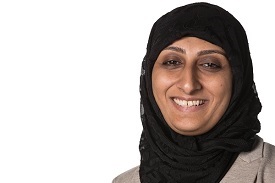 An Indian social entrepreneur, Zubaida Bai, has been named among 10 "Champions and Pioneers" by the UN chief Ban Ki-moon under the world's largest corporate sustainability initiative. She was named among the 10 '2016 Global Compact SDG Pioneers', an initiative launched by UN to search for "entrepreneurs" who can play a pivotal role with respect to universal principles of human rights, environment and anti-corruption.

Zubaida is the founder of 'ayzh', a for-profit social venture providing health and livelihood solutions to impoverished women worldwide. 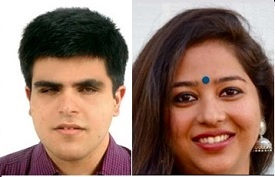 Kartik Sawhney and Neha Swain of India have won the 2016 Queen's Young Leaders award in the United Kingdom which was presented by the British monarch in Buckingham Palace. The name of these awardees had been announced last year in December.

Sawhney and Swain have won the prestigious award for their exceptional work in transforming the lives of others and making a lasting difference in their communities.