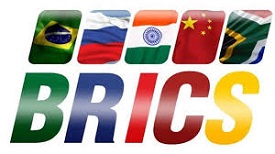 The New Development Bank (NDB) of the BRICS countries is set to issue its first renminbi-denominated bonds and is eyeing future funding for infrastructure projects. Its first five-year yuan-denominated bonds, also referred as green bonds, will be issued after receiving a rating from international ratings agencies as well as getting authorities' approval. The bank plans to release more bonds in local currencies including in Indian Rupee.

The NDB had announced its first batch of loans on April 16, providing $300 million to Brazil, $81 million to China, $250 million to India and $180 million to South Africa.

RBI kept the Repo rate unchanged at 6.50 per cent, Reverse Repo at 6% and Cash reserve ratio or CRR unchanged at 4%. The rate at which the RBI lends to commercial banks is called repo rate and the rate at which banks park money with the central bank, is known as the reverse repo rate. The rates were kept unchanged so as to cope up with inflation.

RBI predicted GDP for 2016-17 at 7.6%. It will soon take a review on implementation of the Marginal Cost Lending Rate framework by banks.

Liquidity Adjustment Facility will remain unchanged at 6.0% i.e. The facility when banks need liquidity to meet its daily requirement, they borrow from RBI through repo. MSF rate and the Bank Rate unchanged at 7.0%. 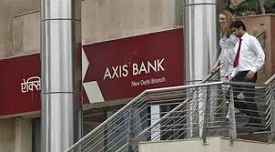 It is the first green bond for Axis Bank within its USD 5 billion Medium Term Note (MTN) program. The proceeds of the bond will be invested in green energy, transportation and infrastructure projects. 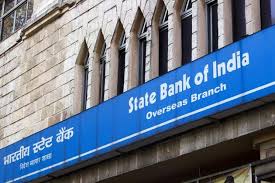 The State Bank of India (SBI) and Spain's CaixaBank have signed a Memorandum of Understanding to provide loans to IndoSpanish joint ventures. The banks will collaborate in areas of mutual interest such as syndicated loan business, guarantee transactions, trade finance and export credit agency finance, infrastructure finance and networking services.

The CaixaBank had established its representative office in New Delhi in 2011. It offers business counseling and helps Spanish companies to develop their business in the South Asian region and Indian companies with interest in Spain. 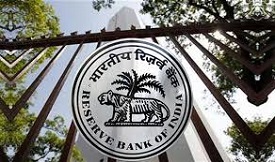 The RBI has formulated a ‘Scheme for Sustainable Structuring of Stressed Assets’ (S4A) as an optional framework for the resolution of large stressed accounts. According to it, a bank can determine the amount of debt that it thinks a firm can service with its current cash flows. This proportion of debt must not be less than half the loans or funded liabilities of the company.

Once the sustainable level of debt has been determined, banks can convert the rest of the debt into equity or quasi-equity instruments governed by a set of valuation criteria laid down by RBI.

News 6 - Merger of SBI with its five subsidiaries approved 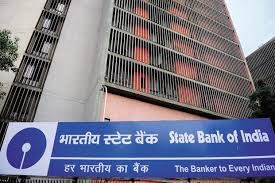 The cabinet approved the merger of the subsidiaries — State Bank of Bikaner and Jaipur, State Bank of Hyderabad, State Bank of Mysore, State Bank of Patiala and State Bank of Travancore — and the Bharatiya Mahila Bank Ltd with SBI. The merger will see the combined entity’s balance sheet at a whopping Rs. 37 trillion, making it one of the top 50 banks in the world.

The merger will create an asset base of 37 lakh crore rupees with 22500 branches and nearly 60000 automated teller machines. The government has indicated that the consolidation process will be guided by the aim of making the combined entity stronger and more competitive. 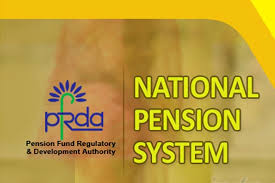 NPS has been available to NRIs for some time through Bank offices and now, to further ease the process of joining, eNPS is being extended to Non-Resident Indian subscribers and further NRIs can now open NPS Accounts online providing Aadhaar Card or a PAN card.

Through eNPS, a subscriber will be able to open an NPS account both on Repatriable and on Non Repatriable basis from the comfort of his home. All he will need is an internet connection and an Aadhaar/ PanCard. Both Repatriable and Non-Repatriable schemes will greatly appeal to NRIs who intend to return to India after their employment abroad, in view of their attractive returns, low cost, flexibility and their being regulated by the PFRDA, a Regulator established by the Central Government.

The South Indian Bank has launched its Remit2India service. It is a secure online money transfer service for NRIs. The new arrangement facilitates faster, cost-effective remittance from the US to South India Bank accounts in India.

The customers can avail this service by registering on SouthIndian Bank. Currently, South Indian Bank’s facility is available for remittances from Europe, Australia, the UAE and Singapore. 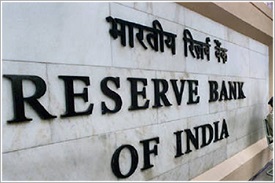 The Reserve Bank of India has released the “Payment and Settlement Systems in India: Vision-2018”. The Vision–2018 aims at building best in class payment and settlement systems for a ‘less-cash’ India.

The broad contours of Vision-2018 revolve around 5 Cs – coverage, convenience, confidence, convergence and cost. To achieve these, Vision–2018 will focus on four strategic initiatives which are responsive regulation, robust infrastructure, effective supervision and customer centricity. The focus is on improving the infrastructure and regulations in the country to reduce cash transactions and increase use of technology. 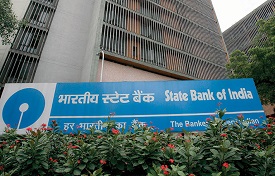 SBI mooted the proposal for merger of its five subsidiary banks with itself and acquisition of the newly set up Bharatiya Mahila Bank which has been approved by a cabinet chaired by the Prime Minister Narendra Modi. Currently, no Indian bank features in the top 50 banks of the world which will be possible with this merger. 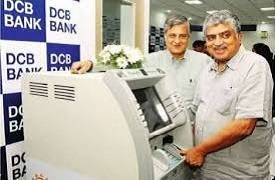 The DCB Bank installed Bengaluru's first ATM that accepts Aadhaar number and Aadhaar fingerprint (biometric) instead of ATM/Debit Card and PIN to dispense cash. The "cardless and PIN less" ATM was introduced by former Chairman of the Unique Identification Authority of India, Nandan Nilekani. In April 2016, the Bank installed India's first Aadhaar enabled ATM in Mumbai followed by launch of Aadhaar based ATM in Odisha and Punjab.

The DCB Bank's branches in Bengaluru provide a range of banking products for micro business, small business, NRIs and individuals, including loans for individuals and business purpose. 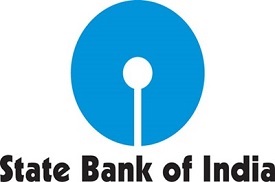 SBI has been named in a 'Hall of Shame' list of 158 banking and financial institutions globally that have invested billions of dollars in companies making cluster bombs. It is the only Indian entity in the list. The list was prepared by Dutch campaign group, PAX Worldwide Investments, in Cluster Munitions report.

The maximum number of 74 banks are from the US, followed by China (29) and South Korea (26). SBI has been included in the list because of its exposure to Orbital ATK, a USbased company. SBI has made an estimated $87 million available to the companies on the red flag list since June 2012. 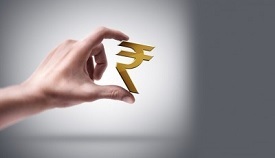 The Government has decided to bring the provisions of amended RBI Act regarding constitution of MPC into force. The MPC will have 6 members: 3 Members will be from the Reserve Bank of India (RBI), including the Governor, who will be the ex-officio Chairperson, the Deputy Governor and one officer of RBI. The other 3 Members of MPC will be appointed by the Central Government, on the recommendations of a Search-cum- Selection Committee, which will be headed by the Cabinet Secretary.

These 3 Members of MPC will be experts in the field of economics or banking or finance or Monetary policy and will be appointed for a period of 4 years and shall not be eligible for re-appointment. The meetings of the MPC shall be held at least 4 times a year and it shall publicize its decisions after each such meeting. 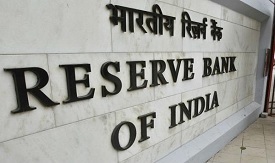 The Appointments Committee of the Cabinet (ACC) announced the appointment of N S Vishwanathan is new Deputy Governor at Reserve Bank of India. He will succeed H R Khan on July 3, 2016. Vishwanathan has been executive director at RBI since April 2014. He served as Principal Chief General Manager in the Department of non-banking supervision at RBI.

He has served as the Chief General Manager of Vigilance at IFCI Ltd, which is a Delhi based Government owned finance company.