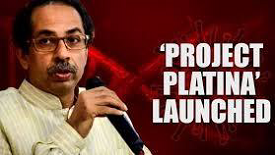 The Maharashtra government has launched "Project Platina". It is considered to be the world’s largest plasma therapy trial for treatment of coronavirus patients with severe symptoms. The project aims to boost the chances of survival of serious COVID-19 patients by providing free plasma therapy at 21 government-run centres in Maharashtra. 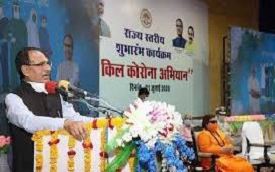 The Madhya Pradesh state government has launched Kill Corona campaign from July 1, to control the spread of coronavirus in the state. Under the campaign, a door-to-door survey will be conducted and tests would also be done on citizens for other diseases.

During the 15-day 'Kill Corona' campaign in MP, 2.5 lakh tests were carried out and 15,000 to 20,000 samples collected daily. The government used SARTHAK app developed by the state to document the survey. 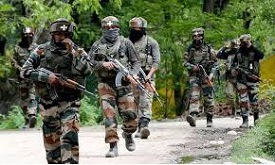 The Union Government has declared the whole of Nagaland as a "disturbed" area under the Armed Forces (Special Powers) Act, 1958, for a further period of six months till December-end. Nagaland has been under the coverage of the AFSPA for almost six decades.

The AFSPA gives the military sweeping powers to search and arrest, and to open fire if they deem it necessary for "the maintenance of public order", and to do so with a degree of immunity from prosecution. 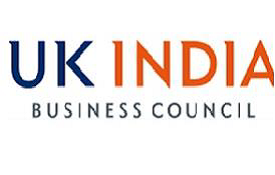 The Maharashtra Industrial Development Corporation (MIDC) and the UK India Business Council signed a MoU to proactively better its business environment and strengthen its collaboration with British business. The MoU establishes a broad-based understanding between the MIDC and UKIBC on the areas of collaboration and mutual interest.

Maharashtra is regarded as the top destination for improved business environment in India and, relatedly, the most common state that UK companies are looking to expand in. 30% of UK companies running operations in India are based in Maharashtra. 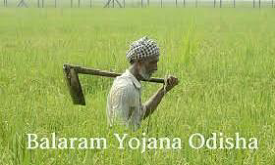 Features are explained below: 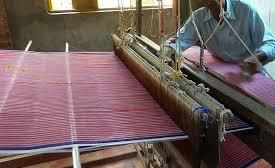 Karnataka government launched a relief scheme “Nekara Samman Yojane” for weavers of silk, cotton, wool and other handloom weavers. Funds of Rs. 10.96 crore has been allocated under this scheme to benefit 19,744 handloom weavers through Direct Benefit Transfer. Beneficiaries will receive financial aid of Rs 2,000 each.

Under Nekara Samman Yojane, workers employed in the powerloom sector would also get a one-time payment of Rs. 2,000 each. Karnataka has a significant presence of powerlooms with 1,20,000 looms engaged in weaving of silk and cotton. Power looms are mainly concentrated in Belagavi, Bagalkote, Tumkur, Bangalore Urban and Rural Districts. 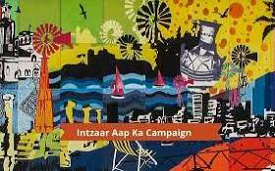 Different tour packages have been prepared which include safe travel, stay and excursions, keeping in mind all the safety standards in the prevention of Corona infection. 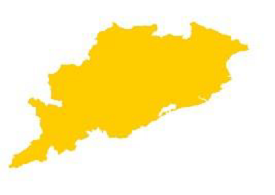 The funds may also be spent on maintenance of health sub-centres, Anganwadi centres, livestock centres, roads, culverts, creation of water bodies in urban areas etc. Under the chairmanship of Chief Secretary AsitTripathy, the decision was taken into account. 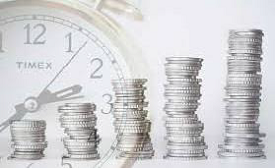 According to data from the Reserve Bank of India (RBI), Tamil Nadu raised ₹30,500 crores in the fiscal 2020-21 and topped market borrowings among States in the country. Tamil Nadu raised ₹1,250 crores at the low-interest rate of 6.63% for the 35-year bonds and ₹1,250 crores at the rate of 4.54% for the three-year bonds in the auction conducted by RBI.

Other states include Maharashtra, Andhra Pradesh and Rajasthan, in the top four list. Tamil Nadu accounted for 17% of the borrowings through the issue of bonds (known as state development loans). Maharashtra accounted for 14% (₹25,500 crores). 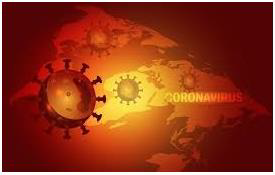 The IIT Alumni Council signed an agreement with the CSIR Institute of Genomics and Integrative Biology (CSIR-IGIB) to jointly conduct research on COVID-19 and patient data analysis. The council is setting up the world's largest molecular diagnostic lab 'Mega Lab Mumbai'.

In order to expand research, the council handed over imaging data of over 8,500 patients, who were admitted at the COVID Care Facility at Worli’s National Sports Club of India. The IIT Alumni Council is the largest body of alumni, students and faculty from all the 23 Indian Institutes of Technology. 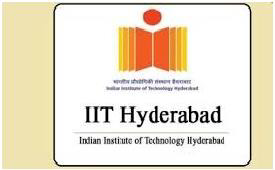 Nvidia Corporation, is an American multinational technology company that designs graphics processing units for the gaming and professional markets. 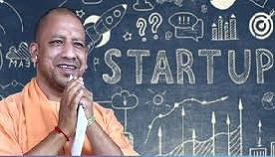 Highlights of Uttar Pradesh Startup Policy 2020 are as follows: 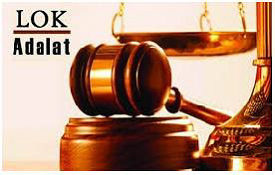 Chhattisgarh organised the first e-Lok Adalat of the country amid restricted judicial functioning owing to Covid-19 outbreak. The virtual hearings were conducted through video conferencing. About 195 benches were constituted at different places of the state. 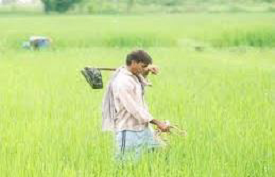 Officials of the Revenue and Agriculture Departments in Andhra pradesh started to register crops online (e-Crop) in the State. The village revenue officers (VROs) and the village agriculture assistants (VAAs) will enumerate the crops at village level.

The data will be utilised by the governmeent for preparing action plans, supplying seeds, fertilizers and pesticides and in procuring the yield. Welfare schemes of the government like interest-free loans, Rythu Bharosa, crop insurance and Minimum Support Price (MSP) will also be based on e-crop data. 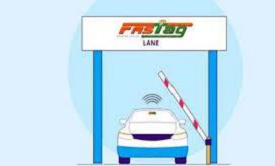 The facility was implemented by traffic and transport technology solutions provider Comvision. Comvision is one of the few NPCI-certified companies for issuer as well as acquirer services of FASTag in India. 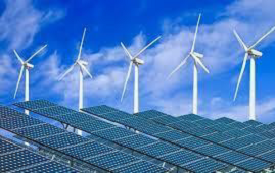 The government of Andhra Pradesh has notified the Andhra Pradesh Renewable Energy Export Policy, 2020. The policy will be applicable to solar, wind and wind-soalr hybrid projects up to 120 Giga Watts (GW) and will be in force for the five years.

The New and Renewable Energy Development Corporation of Andhra Pradesh Ltd, (NREDCAP) shall be the nodal agency for implementing the policy. The projects will be exempted from obtaining any NOC/Consent for establishment from AP Pollution Control Board. 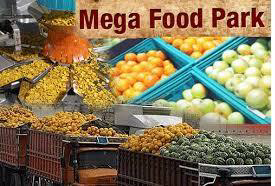 Union Minister Harsimrat Kaur Badal inaugurated the Zoram Mega Food Park Ltd. at Kolasib in Mizoram through virtual conference. The Food Park built at a cost of Rs. 75 crore and spread over 55 Acres of land will directly benefit over 25,000 farmers and will provide employment opportunities to over 5,000 people in the region.

The Ministry of Food Processing Industries has initiated 88 projects for the entire North-Eastern Region including 7 in Mizoram with an outlay of Rs. 1,000 crore. It will directly benefit 3 lakh farmers and will provide job opportunities to 50,000 youth from the region. 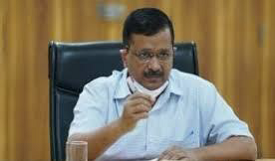 The Delhi State Government has approved the "Mukhyamantri Ghar Ghar Ration Yojana" aimed for doorstep delivery of ration that will be synced with the Centre's 'One Nation, One Ration Card' scheme.

Under the scheme, beneficiaries would be delivered ration in packets and would get aata instead of wheat. It is expected to bring relief to the poor, who are struggling to meet their daily needs due to covid-19 pandemic. 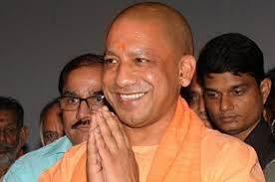 The Uttar Pradesh Government launched “Navin Rojgar Chhatri Yojana” for the Scheduled Castes (SC). It is an all-round development scheme to provide financial assistant to support people to become self-dependent.

The scheme targets to benefit around 7.5 lakh families in 2020-2021. The government has transferred financial assistance to around 1,77,491 beneficiaries. The government also transferred Rs. 17.42 crore, as subsidy to around 3,484 people under the "Pandit Deendayal Upadhyay Swarojgar Yojana". 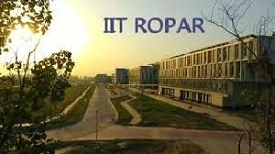 The Punjab state government has signed MoUs with IIT Ropar in the area of skill development. The MoUs provide for IIT’s Technical Education Department to become academic mentor for the state’s engineering colleges at Gurdaspur and Ferozepur, as well as for Sri Guru Gobind Singh Skill Institute at Shri Chamkaur Sahib, five government polytechnics and 10 government ITIs.

The institute will also help the state in developing a model ITI and a model polytechnic. Indian Institute of Management, Amritsar also extended support to the state government in promoting skill development. 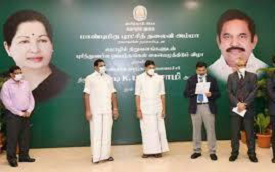 Tamil Nadu government signed eight new MoUs worth Rs. 10,399 crore, to bring in an investment worth over Rs. 10 crore into the state. A Special Investment Promotion Task Force will be set up under the chairmanship of the Chief Secretary, to speed up various clearances.