1 - Direct investment in India rose by 19 billion US dollar 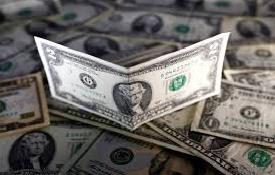 2 - Output of eight crore-infrasture industries shrinks by 23.4% in May 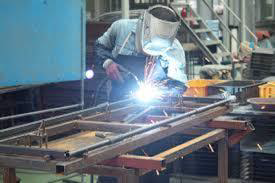 According to the Commerce and Industry Ministry data, the output of eight core infrastructure industries shrank by 23.4% in May, due to the coronavirus-induced lockdown. Barring fertiliser, all seven sectors - coal, crude oil, natural gas, refinery products, steel, cement, and electricity - had recorded negative growth in May.

During April-May 2020-21, the sectors output dipped by 30% as compared to 4.5% in the same period previous year. The eight core sectors had expanded by 3.8% in May 2019. These eight industries accounts for 40.27% in the Index of Industrial Production (IIP). 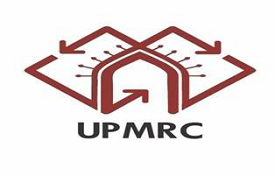 Bombardier Transport India has bagged the contract for supply of 201 metro coaches of Agra Metro and Kanpur Metro projects. The Uttar Pradesh Metro Rail Corporation has awarded the contract for Supply, Testing and Commissioning of 201 cars for 67 trains of three cars each along with Train Control and Signaling System.

The state-of-the-art modern stain-less steel trains will be manufactured by Bombardier company in Indian Plant at Savli in Gujarat. Four international firms participated in the tender submitted with UPMRC. 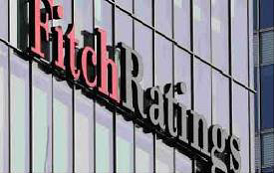 Fitch Ratings has slashed India’s growth forecast from 9.5% to 8% for FY22. It retained its projection of the contraction in the Indian economy by 5% in the current fiscal. Fitch projected Indian economy to grow 5.5% in 2022-23.

5 - Care Ratings predict Indian economy to contract by 6.4% in FY21 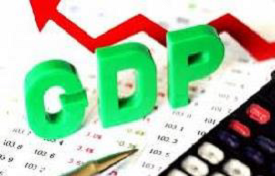 Care Ratings revised India's GDP growth forecast for the current financial year to -6.4% on account of COVID-19 induced lockdown. It had earlier in May projected a decline in GDP growth of 1.5-1.6% in FY21.

The rating agency has predicted a GVA (de)growth to be around (-) 6.1%. In FY20, India's economy grew at an estimated 4.2%, almost a decade low. The agency has put across its assumption that two-third of the economic sectors would broadly be operating at 50-70% capacity by the end of third quarter. 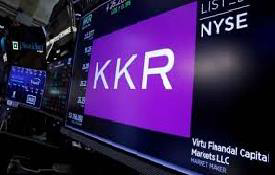 Global investment firm KKR will buy a 54% equity stake in JB Chemicals and Pharmaceuticals, a Mumbai based pharmaceutical major for Rs. 3,109 crore. KKR will also make an open offer for an additional 26% stake in the company.

JB Chemicals has an international presence with exports to over 40 countries. The pharma major earns half of its revenue from international markets. This is the third deal sealed by KKR in 2020, after the buyout of five solar assets of Shapoorji Pallonji Infra and its minority stake buy in Reliance Jio. 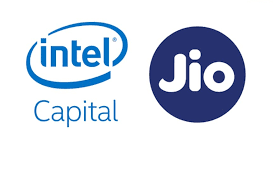 This was 12th such investment taking the total investment amount to ₹ 1,17,588.45 crore. Jio has sold 25.09% stake including this deal with Intel Capital. Intel Capital is an arm of Intel, the world's largest semiconductor manufacturer. 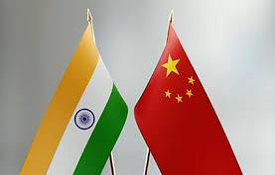 India's trade deficit with China reduced to USD 48.66 billion in FY20 due to decline in imports from China. According to the data by the government, while exports to China stood at USD 16.6 billion, imports were made worth USD 65.26 billion. 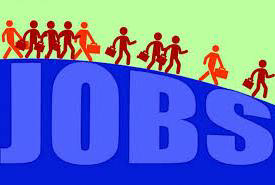 According to data released by the Centre for Monitoring Indian Economy (CMIE), the unemployment rate of India fell to 10.99% in June 2020 from 23.48% in May 2020. The decline was mainly on account of resumption in activities as India unlocked its economy from 1 June. 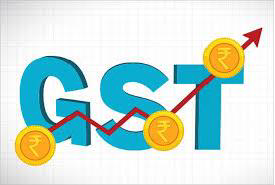 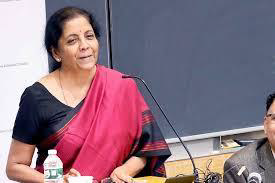 Government released Rs. 6,195.08 crore to 14 states as fourth equated monthly installment of the Post Devolution Revenue Deficit Grant. Post devolution revenue deficit grants is about a third of the total revenue collected by the Centre, which is directly transferred to states as their share in the divisible pool. 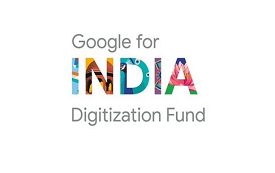 Google CEO Sundar Pichai announced an investment of Rs. 75,000 crore ($10 billion dollars) in India over the next 5 to 7 years through Google for India Digitisation Fund. The investments will focus on four key areas of India's digitisation. 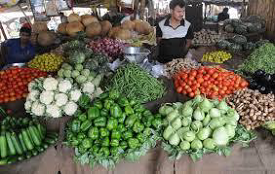 According to the latest data released by the Ministry of Statistics & Programme Implementation (MoSPI), the retail inflation, which is measured by the Consumer Price Index (CPI) grew 6.09% in the month of June. Food price inflation in June stood at 7.87%.

The government, in April, had revised the CPI data for the month of March to 5.84% from 5.91%. The retail inflation has grown beyond the Reserve Bank of India’s (RBI) upper margin of 6%. 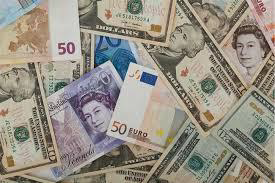 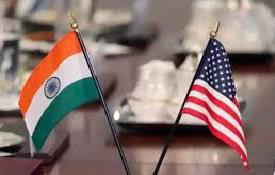 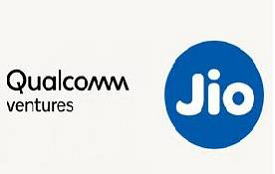 The deal gives Jio Platforms an equity value of Rs. 4.91 lakh crore and an enterprise value of Rs. 5.16 lakh crore. Qualcomm is the 12th investor to pick up a stake in Jio. 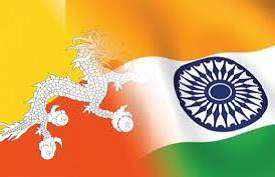 India and Bhutan opened a new trade route between Jaigaon in West Bengal and Pasakha in Bhutan to facilitate ease of trade between our two countries in these COVID 19 times and decongestion of vehicular traffic along the Jaigaon-Phuentsholing route.

An additional land customs station has been opened at Ahllay, Pasakha by the Government of India. Bhutan's exports to India stood at Rs/Nu. 3217 cr and constituted 78 % of its total exports. The bilateral trade between the two countries allows 16 entry and exit points. 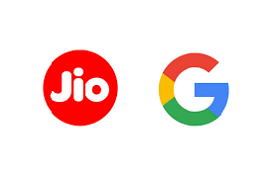 Google will buy a 7.73% stake in Reliance Industries (RIL)'s telecom and digital unit Jio Platforms for Rs. 33,737 crore on a fully-diluted basis. Google is investing in Jio Platforms at an equity valuation of Rs. 4.36 lakh crore.

With this, the total investment from financial and strategic investors into Jio Platforms stands at Rs. 1,52,056 crore for a combined 32.97% stake in Jio Platforms to about 13 investors in total. RIL has become first Indian company to cross annual EBITDA (Earnings before Interest, Taxes, Depreciation, and Amortisation) of Rs. 1 lakh crore. 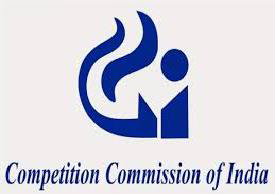 The Competition Commission of India (CCI) has approved acquisition by Aceso Company Pte. Ltd. (Aceso) in HealthCare Global Enterprises Limited (HCG). The Proposed Combination relates to an acquisition of upto 58.92% stake in HCG by Aceso.

Aceso is an entity forming part of the CVC Network. HCG and its group are engaged in the business of providing services through cancer treatment clinics, multi-specialty hospitals, fertility treatment centres. 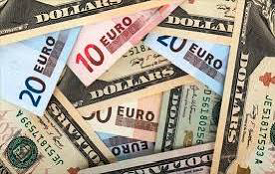 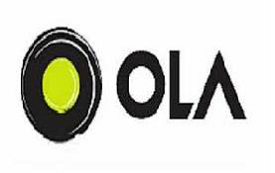 Ola has rolled out its enterprise offering 'Ola Corporate' to Australia, New Zealand, and the United Kingdom. Ola Corporate has over 10,000 corporate users in India. It has reportedly reduced travel expenses by up to 25%, due to the platform’s centralised billing system and paperless reimbursement.

Ola Corporate clients will operate the service through a new, personalised dashboard where they can add and manage employees. The Bengaluru-based company operates in more than 250 cities across India, Australia, New Zealand, and the UK. 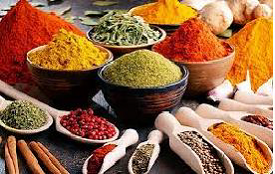 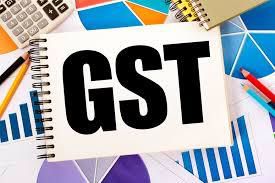 Centre had transferred Rs. 33,412 crore from Consolidated Fund of India to the Compensation Fund as a part of an exercise to apportion balance of IGST pertaining to 2017-18. Maharashtra received the maximum Rs. 19,233 crore GST Compensation cess followed by Karnataka, Tamil Nadu and Punjab. 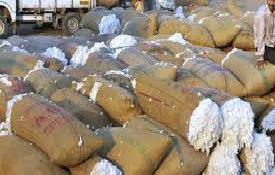 In order to enhance exports of Cotton, Cotton Corporation of India has decided to set up its own warehouse in Việtnam. MoU signed with Bangladesh to export 1.5-2 million bales (of 170 kilograms each) of cotton, is among other initiative by Government to increase exports.

The Cotton Corporation of India Limited is a public sector agency, engaged in diverse activities related to trade, procurement, and export of cotton. The corporation had procured nearly a third of India’s 2019-20 cotton output. 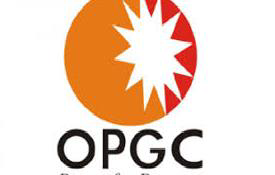 The Competition Commission of India (CCI) approved proposed acquisition of 49% of the total equity share capital of Odisha Power Generation Corporation Limited (OPGC) by Adani Power Limited (APL). APL is a part of the Adani Group, which is engaged in the business operations of generation, transmission and distribution of power in India. APL is primarily engaged in the business of power generation.

OPGC, incorporated in Odisha, is a joint venture between Government of Odisha, AES India Private Limited and AES OPGC Holding and operates as a state government company. OPGC is engaged in the business of power generation.