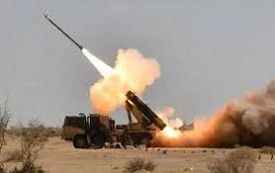 The Defence Acquisition Council (DAC) accorded approval for Capital acquisition proposal for an approximate cost of 38,900 Crore rupees of various platforms and equipment required by the Indian Armed Forces. These approvals include acquisitions from Indian Industry amounting to 31,130 Crore rupees.

The equipments are to be manufactured in India involving Indian Defence Industry with participation of several MSMEs as prime tier vendors. The Indigenous content in some of these projects is up to 80% of the project cost. 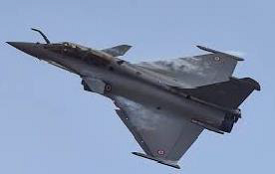 The Ministry of Defence has approved the purchase of a total of 33 new fighter aircraft that includes 21 MiG-29s from Russia and 12 Sukhoi-30 MKIs from Hindustan Aeronautics Limited (HAL) along with upgradation of 59 MiG-29s at a cost of Rs 18,148 crore.

The Ministry also cleared purchase of 248 indigenous long-range air to air Astra missiles at an estimated cost of Rs. 2,700 crore. The Ministry cleared a total of Rs. 38,900 crore towards defence purchase and upgradation. 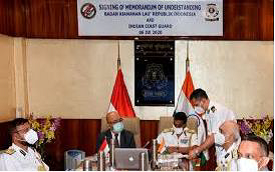 MoU will entail exchange of information towards combating transnational maritime crimes, facilitation of co-ordinated search, rescue operations at sea and conduct of capacity and capability building activities. It is a step taken towards bolstering the comprehensive strategic partnership between India and Indonesia. 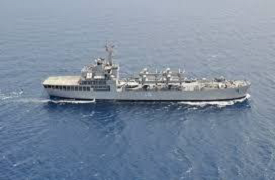 `Mission Sagar’ was launched in line with Prime Minister Narendra Modi’s vision of Security and Growth for All in the Region ‘SAGAR’ and is being coordinated by the Ministry of External Affairs and Ministry of Defence. 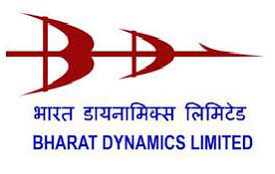 AKASH Weapon System can simultaneously engage multiple targets in group mode or autonomous mode. It has built counter-countermeasures (ECCM) features. The entire weapon system has been configured on mobile platforms. AKASH Weapon Systems has been inducted and is operational with the Indian Air Force (IAF) as well as the Indian Army. 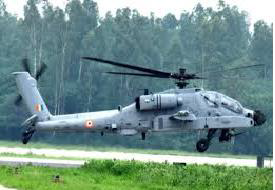 The AH-64E Apache is one of the world’s most advanced multi-role combat helicopters, and is flown by the US Army. The Chinook is a multi-role, vertical-lift platform, primarily used for transporting troops, artillery, equipment and fuel. 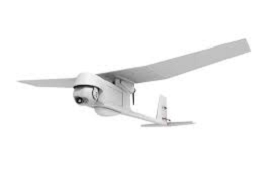 The Indian army is planning to acquire hand-launched, remote-controlled unmanned vehicle RQ-11 Raven from the United States and the state-of-the-art Israeli Spike Firefly ‘loitering’ ammunition. The procurement would include 200 units of RQ-11 UAV.

RQ-11 Raven is designed with the capability to fly 10km at an altitude of 500ft and can cruise at a speed of up to 95km/h. Spike Firefly is designed for precision strikes on enemy troops located at a distance of 1km. 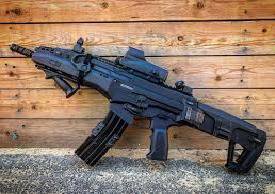 Two latest Israeli assault rifles — the Arad and the Carmel — are set to be manufactured in India under the Make in India initiative. The rifles will be manufactured in Madhya Pradesh by Israel Weapons System (IWI) in a joint venture called PLR Systems. 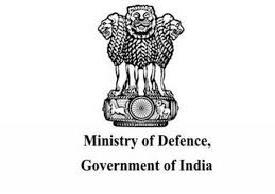 Defence Acquisition Council (DAC) delegated the powers for progressing urgent Capital Acquisition Cases up to Rs 300 crore to the Armed Forces to meet their emergent operational requirements. This will shrink the procurement timelines and ensure placement of orders within six months and commencement of deliveries within one year.

The decision was taken under the chairmanship of Defence Minister Rajnath Singh to consider the security environment based on the prevailing situation along the Northern Borders and the need to strengthen the Armed Forces for the defence of the country's borders. 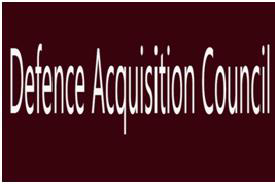 The Defence Acquisition Council (DAC) has delegated the powers for progressing urgent Capital Acquisition Cases upto Rs. 300 crore to the Armed Forces to meet their emergent operational requirements. This will shrink the procurement timelines and ensure placement of orders within six months and commencement of deliveries within one year.

The special financial power was granted to the defence forces to procure weapons and military hardware at short notice and boost their operational preparedness for any future conflict or contingency. 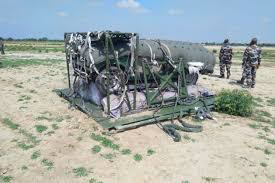 The Heavy Drop System was being manufactured by L&T, while the parachutes were being designed by Indian Ordnance Factory. P-7 HDS has been inducted in the Army. 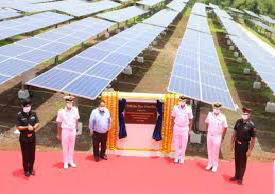 The Indian Navy’s largest solar power plant has been commissioned at Indian Naval Academy, Ezhimala, in Kannur district of Kerala. The 3 MW Solar Power Plant is in line with the Government of India initiative of ‘National Solar Mission’ to achieve 100GW of solar power by 2022.

The solar plant is the largest in the Indian Navy and has an estimated life of 25 years. All components have been indigeneously sourced, including 9180 highly efficient monocrystalline solar panels employing the latest technology. The project has been executed by Kerala State Electronics Development Corporation Ltd. (KELTRON). 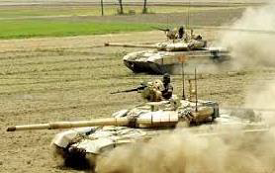 The Acquisition Wing of Ministry of Defence (MoD) has signed a contract with Bharat Earth Movers Limited (BEML) for procurement of 1,512 Mine Plough (MP) for Tank T-90 S/SK at an approximate cost of Rs. 557 crore. The contract has Buy and Make (Indian) categorisation with a minimum of 50% indigenous content in make portion of the contract.

The mine ploughs will facilitate individual mobility to Tanks while negotiating mine field. Mobility of Tank Fleet will enhance manifold, which in turn would extend the reach of Armoured Formation deep into enemy territory without becoming mine causality.

14 - Indian Navy conducted PASSEX with the US Navy 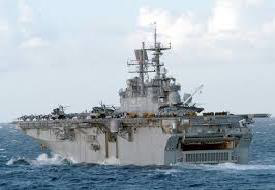 The Indian and the US navies conducted a joint Passage Exercise (PASSEX) in the Andaman and Nicobar Islands. The passage exercise involved a total of eight Indian and US warships including the United States’ Carrier Strike Group (CSG) led by aircraft carrier Nimitz.

The ‘Passage Exercise’ includes a shorter form of interaction, where the two sides have established interoperability. Navies of the two countries have already institutionalised the Malabar series of maritime exercises being held since 1992. 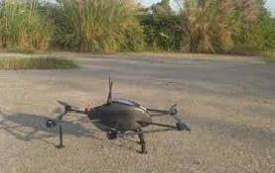 DRDO has provided its indigenously-developed "Bharat" drone to the Indian Army for carrying out accurate surveillance in high altitude areas and mountainous terrain along the Line of Actual Control in Eastern Ladakh. Bharat drones are touted as one of the world's most agile and lightest surveillance systems.

The drone is equipped with artificial intelligence to detect friends and foes and can take action accordingly. The drone provides real-time video transmission during the complete missions and with very advanced night vision capabilities, it can detect humans hidden in deep forests. 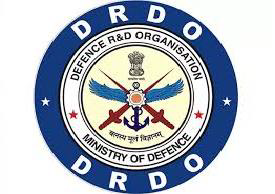 DRDO has established a COVID-19 testing facility at the Leh based laboratory Defence Institute of High Altitude Research (DIHAR) to enhance the rate of testing to identify the Corona cases in the Union Territory of Ladakh. The facility meets the safety standards and guidelines of Indian Council of Medical Research (ICMR).

The testing facility at DIHAR is capable of screening 50 samples per day. DIHAR is one of the life sciences laboratories of DRDO working on cold arid agro-animal technologies. The laboratory is screening and identifying the medicinal and aromatic plants. 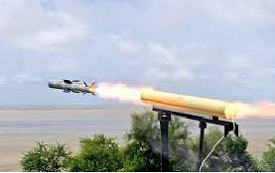 Dhruvastra is the helicopter version of ‘Nag Helina’ to help in strengthening the defence capabilities of the country. 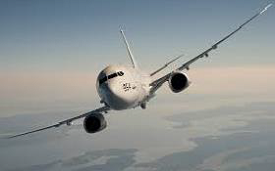 India is set to receive four more P-8I multi-mission aircraft from the US in 2021. The Indian Navy variant of the P-8A Poseidon - P-8I where I stands for India - is essentially designed for maritime patrol.

The P-8I is integrated with the Harpoon Block II air launched missiles and lightweight torpedoes. It can carry 129 sonobuoys to locate submarines and turns into a deadly submarine killer that can also launch anti-ship missiles. 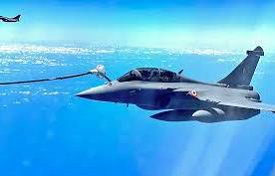 A fleet of five French-manufactured Rafale multi-role combat jets arrived in India. The aircraft landed at the Ambala Air Force base. They had originated from the Merignac airbase in French port city of Bordeaux.

The fleet has been inducted into the IAF as part of its Ambala-based No 17 Squadron, also known as the 'Golden Arrows'. The delivery of all 36 aircraft is expected to be completed on schedule by the end of 2021.