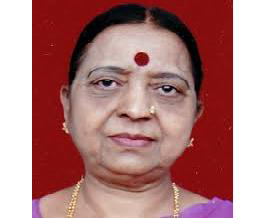 Veteran Kannada novelist Geetha Nagabhushan passed away at the age of 78 years. She was the first woman writer in Kannada literature to bag the Kendra Sahitya Akademi and Nadoja awards. 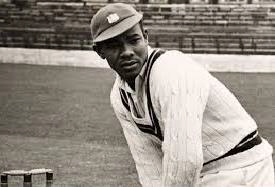 West Indies legend Everton Weekes passed away at the age of 95 years. He was last surviving member of the famous three ‘Ws’ formed by him, Frank Worrell and Clyde Walcott. Weekes was regarded as one of greatest batsmen in the 40s and 50s.

Weekes played 48 test matches and made 4,455 runs at an average of 58.61 per innings. That included a world-record five consecutive centuries in 1948. Weekes test average of 58.6 is placed in the top 10 Test averages of all time. 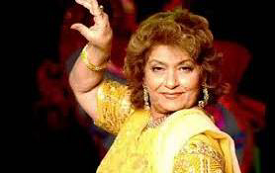 Renowned choreographer Saroj Khan passed away at the age of 71 years. The three-time National Award winner was known as Masterji and choreographed more than 2,000 songs. Khan’s best work was with actors Sridevi and Madhuri Dixit.

Khan got her first break as an independent choreographer with Geeta Mera Naam in 1974. She received three National Awards for films Devdas, Jab We Met and Sringaram (Tamil). She won Filmfare Awards for movies like Hum Dil De Chuke Sanam, Guru, Khalnayak and Chaalbaaz.

Ennio Morricone, Oscar-winning Italian film composer of Film Scores passed away. The Italian composer wrote atmospheric scores for spaghetti westerns. He had experience of working in more than 500 films. Ennio was honored with Oscars for his work on Quentin Tarantino’s The Hateful Eight in 2015.

Some of his popular works includes Once Upon a Time in America, Malick’s Days of Heaven (1978), Roland Joffe’s The Mission (1986), The Untouchables and Cinema Paradiso. 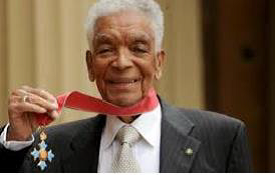 Earl Cameron, a veteran film, television and theater actor passed away. The actor first appeared on screen in early 1950s and became one of Britain's first Black movie stars. He worked in the 1951 film Pool of London. Some of his popular films include 2005 film The Interpreter, 1965 Bond movie Thunderball, Safari, Inception and Doctor Who.

Earl Cameron was honored with Commander of the Order of the British Empire (CBE) in the 2009 New Year honors. The University of Warwick awarded Cameron an honorary doctorate in January 2013. 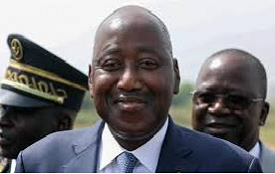 Prior to this, Coulibaly served as Minister of Agriculture under Laurent Gbagbo and as secretary general of the presidency for six years. He has handled various posts such as Technical Advisor, Senior Civil Servant, Deputy and Mayor of Korhogo, Agriculture Minister and Cabinet Minister. 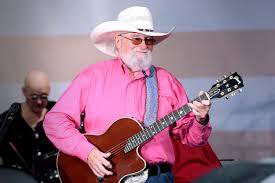 Legendary musician Charlie Daniels passed away. He was popularly known for fiddle playing and outspoken brand of conservative patriotism. He was honored with Grammy Award for his American classic hit tune “The Devil went down to Georgia” in 1979. He was inducted into the Cheyenne Frontier Days Hall of fame in 2002, the Grand Ole Opry in 2008 and Country Music Hall of Fame in 2016.

Some of his best songs include "Uneasy Rider", "All Night Long" and "Carolina Dreams. Daniels released a book titled Let's All Make the Day Count: The Everyday Wisdom of Charlie Daniels through Harper Collins'. 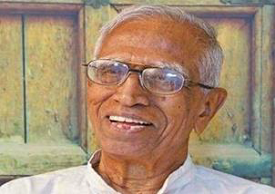 Veteran Gujarati journalist, columnist, writer and political analyst Nagindas Sanghvi passed away at the age of 100 years. Mr. Sangvi was conferred Padma Shri award in the year 2019. He was teacher at Bhavan’s College Andheri from 1951 to 1980.

Sangvi had written in Gujarati, English and Hindi languages. Some of his best books are Gandhi: The Agony of Arrival - The South Africa Years, Gujarat at Cross-Roads, Sardar Patel – Ek Samarpit Jivan, A Brief History of Yoga, Narendra Modi etc. 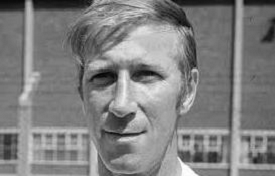 Jack Charlton, a World Cup winner with England, passed away at the age of 85 years. He was in the team that won the World Cup at Wembley in 1966, alongside his brother Bobby. Charlton was Footballer of the Year in England in 1967.

Charlton went to become the first foreign coach of Ireland in 1986. He led the Republic of Ireland to their first major finals at Euro '88 and the World Cup quarter-finals at Italia 90. 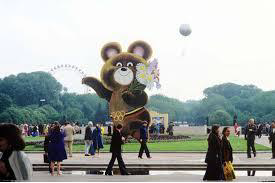 The creator of the brown bear mascot "Misha" for the 1980 Moscow Summer Olympics, Viktor Chizhikov passed away. His mascot design proved so popular that many Russians still fondly remembered him when the 2014 Winter Olympics were held in Sochi. Some of his best artistic drawings appeared in famous magazines such as “Young Naturalist”, “Twinkle”, “Funny Pictures” and “Murzilka”.

Viktor Chizhikov’s mascot was selected among a group of artists produced 60 versions of the mascot. 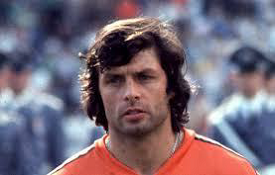 Netherlands football legend Wim Suurbier passed away. He appeared in more than 60 matches for the Netherlands national football team from 1966 to 1978. He played for various clubs such as European Cup, Intercontinental Cup, European Super Cup, KNVB Cup etc.

Suurbier was known for his pace and stamina. He worked as assistant coach with the Golden Bay Earthquakes and as head coach of the Los Angeles Heat of the Western Soccer League and Rene Meulensteen. 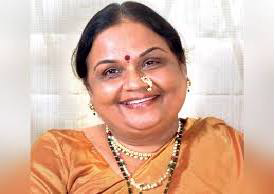 Neela Satyanarayan, the first woman Chief Election Commissioner of Maharashtra, passed away at the age 72 years due to COVID-19. Neela was also a celebrated author, poet and newspaper columnist. She was an IAS Officer of the 1972-batch.

Mrs Satyanarayan retired as the additional chief secretary (Revenue) in 2009. She had authored several collections of poetry and 17 novels. Her most well-known book was One Half One Full. She has also penned books such as Vanava and Ek Purna Ek Apurna. 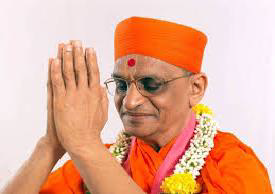 Shree Purushottam Priyadasji Swamishree Maharaj passed away at the age of 78 years due to COVID-19. He was the head priest of Maninagar Shree Swaminarayan Gadi Sansthan, Ahmedabad. He was the fifth heir in the lineage of ascetic acharyas, which descends directly from Lord Shree Swaminarayan. 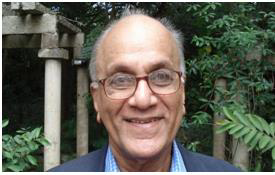 One of the world’s most eminent mathematicians, Conjeevaram Srirangachari Seshadri, passed away at the age of 88 years. He was a Padma Bhushan awardee. He helped shape Mumbai’s Tata Institute of Fundamental Research (TIFR) School of Mathematics into a premier institute. 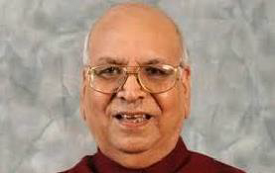 Madhya Pradesh Governor Lalji Tandon passed away at the age of 85 years. Tandon served in the Uttar Pradesh Legislative Council for two terms from 1978 to 1984, and 1990-1996.

Tandon also served as an MLA in the Uttar Pradesh Legislative Assembly for three terms between 1996 to 2009; as MP in the 15th Lok Sabha; and Governor of Bihar and Madhya Pradesh. Uttar Pradesh Governor Anandiben Patel has been given charge of Madhya Pradesh until the appointment of regular incumbent. 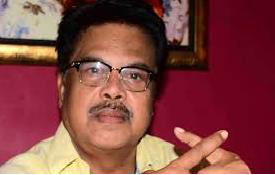 Veteran Odia actor Bijay Mohanty passed away at the age of 70 years. Mohanty had started his career in the Odia cinema in 1977 with Chilika Tire which had won the national award for that year.

Mohanty is credited with introducing layered negative characters in the Odia film industry. He had joined the drama department of the Utkal Sangeet Mahavidyalaya and had retired as a professor from the institute. 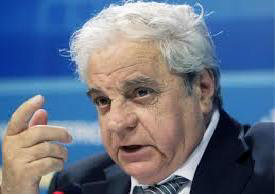 Award-winning Spanish novelist Juan Marsé passed away at the age of 87 years. Marsé was awarded the 2008 Cervantes Prize. His most popular novel was Úlitmas tardes on Teresa (Last Afternoons with Teresa) published in 1965. 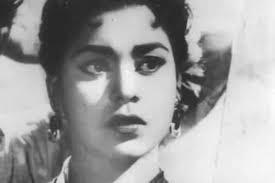 Legendary actor Kumkum passed away. She featured in over 100 Hindi films and popular songs such as ‘Kabhi aar, Kabhi paar’ and ‘Mere Mehboob Qayamat Hogi'. She was known for her appearances which include "Mr. X in Bombay", "Mother India", "Kohinoor", "Ujala" and "Naya Daur". 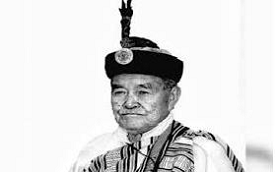 Folk musician and Padma Shri awardee Ren Sonam Tshering Lepcha passed away at the age of 92 years. He compiled a wide range of Indian folk and traditional Lepcha songs and played folk music on All India Radio in 1960.

Lepcha was awarded the Padma Shri for his contribution in the field of folk music. Lepcha was born in Kalimpong in 1928 and started his career as a soldier.