Senior diplomat Indra Mani Pandey has been appointed as the next Ambassador and Permanent Representative of India to the United Nations and other International Organisations in Geneva. He is presently additional secretary in the External Affairs ministry.

Mr Pandey, a 1990 batch Indian Foreign Service (IFS) officer, succeeds Rajiv K Chander in Geneva. He has served in Indian missions in Damascus, Cairo, Islamabad, Kabul, Muscat and Geneva. He also served as joint secretary in the Disarmament and International Security Affairs division of the MEA.

2 - Shrikant Madhav Vaidya took over as Chairman of IOC 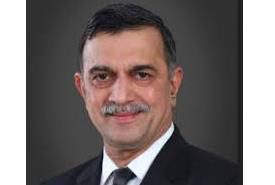 Shrikant Madhav Vaidya took charge as the new Chairman of Indian Oil Corporation (IOC). He succeeds Sanjiv Singh. Prior to the appointment as Chairman, he was the Director (Refineries) on the IOC Board.

Vaidya will also be Chairman of Chennai Petroleum Corporation, a stand-alone refining subsidiary of IOC and Indian Oiltanking Ltd. He will also be Director on the Board of Petronet LNG. He steered the rollout of BS-VI grade auto fuels ahead of time. 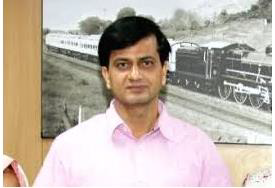 Ravinder Bhakar has taken over as the Chief Executive Officer (CEO) of Central Board of Films Certification (CBFC). Prior to his appointment as CEO, CBFC, Mr. Bhakar was posted as the Secretary & Chief Public Relations Officer of Western Railways.

Mr bakar is a 1999 batch officer of Indian Railway Stores Service (IRSS). He is also recipient of many prestigious awards, including the National award from Minister of Railways for outstanding service & General Manager Award both in Western Railways (WR) & Central Railways (CR) for exemplary service. 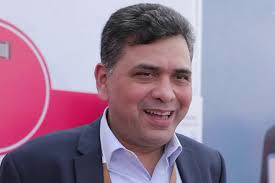 Senior bureaucrat Injeti Srinivas was appointed as the first Chairman of the International Financial Services Centre Authority. IFSCA includes a member from RBI, IRDAI, SEBI and PFRDA each. There are two other members from the Central Government and full-time or part-time members in the Authority.

International Financial Services Centres Authority was established by the central government to regulate financial products such as securities, deposits or contracts of insurance, financial services, and financial institutions. 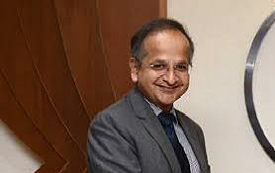 Indian Foreign Service officer Rudrendra Tandon was appointed as next Ambassador of India to Afghanistan. He replaced Vinay Kumar. Prior to this appointment, he was serving as Indian envoy to ASEAN at Jakarta. He served at Pakistan-Afghanistan-Iran desk in the external affairs ministry.

Vikram Doraiswami was appointed as a high commissioner to Dhaka, replacing Riva Ganguly Das. Vikram has been handling as Additional Secretary incharge of International Organisations and Summits at the foreign ministry. 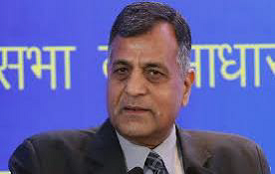 The Asian Development Bank appointed Ashok Lavasa as Vice-President for Private Sector Operations and Public–Private Partnerships. He succeeded Diwakar Gupta. He made significant contributions to the inclusion of the private sector in many development programs in India. 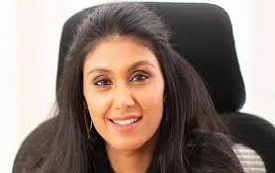 Roshni Nadar Malhotra became the new Chairperson of HCL Technologies after she took over from her father Shiv Nadar. She became the first woman chairperson to head a listed Indian IT firm. She is also the richest woman in India.

Roshni joined the board of HCL Technologies in 2013 and was Vice Chairperson. She will continue as CEO of HCL Corporation, the holding company for all the group entities. The HCL Group includes HCL Technologies, HCL Infosystem, and HCL Healthcare. 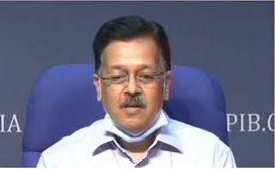 Rajesh Bhushan was appointed as the new Health Secretary in the Union Health Ministry. Prior to this, he was holding the post of OSD in the Health Ministry and will succeed Preeti Sudan. 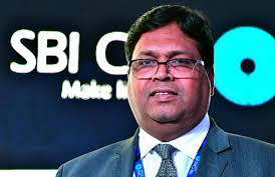 Ashwini Kumar Tewari has been appointed as the new Managing Director and Chief Executive Officer of the SBI cards and Payment Services. He has been nominated by parent State Bank of India for a period of two years.

Mr Tewari replaced Hardayal Prasad. Mr prasad quit from the directorship of the company owing to his voluntary retirement from the State Bank of India. SBI Card is headquartered in Gurgaon, Haryana/Delhi NCR and has branches in over 100 cities across India.

10 - P Praveen Siddharth appointed as PS to President of India 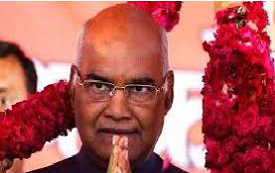 P Praveen Siddharth, a 2001-batch Indian Revenue Service officer, has been appointed as the new personal secretary to the President of India, Ram Nath Kovind. He will replace Vikram Singh, who has now been appointed Joint Secretary in the Ministry of Shipping. 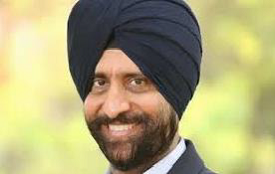 Most recently, Kulmeet was the Chief Operating Officer for Resulticks. He has served with the Indian Army in the Armored Corps, subsequently moving to the corporate side. He also led the India & South Asia market for Adobe. 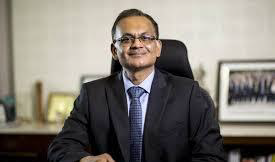 Ramesh Babu Boddu has been appointed as the Managing Director and Chief Executive Officer of Karur Vysya Bank for a period of three years. He will replace P R Seshadri who has resigned citing personal reasons.

Karur Vysya Bank is a Scheduled Commercial Bank and is headquartered in Karur in Tamil Nadu. The bank had reported a 39.5% jump in net profit at ₹83.70 crore for the quarter ended March 2020. 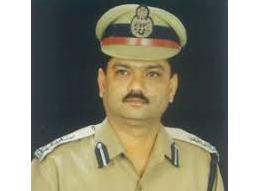 Arun Kumar, Director General of the Railway Protection Force (RPF), has been nominated to be the vice-chairman of the Security Platform of the Paris-based Union Internationale Des Chemins (UIC). Kumar is a 1985-batch Indian Police Service (IPS) officer.

Mr Arun Kumar has been appointed from July 2020 to July 2022 and will then take over as Chairman of the Security Platform from July 2022 to July 2024. UIC is a French word the meaning of which in English is International Union of Railways. It is headquartered in Paris. 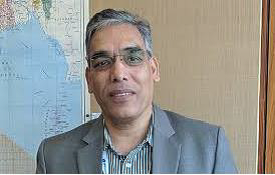 Prakash Chandra Kandpal has been appointed as the new Managing Director and Chief Executive Officer of SBI General Insurance. Prior to this appointment, he was serving as the deputy CEO of the company. He will replace Pushan Mahapatra.

Kandpal has more than 33 years of experience with SBI. He also had a stint in SBI Mutual Fund as the Chief Operating Officer. Pushan Mahapatra has been appointed as Director, Strategic Investments and Digital Initiatives. 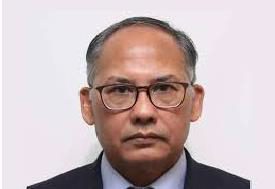 The Appointments Committee of the Cabinet (ACC) has approved the appointment of Sumit Deb as Chairman & Managing Director (CMD) of National Mineral Development Corporation (NMDC). Deb is currently Director (Personnel) in the NMDC.

Deb succeeds N Baijendra Kumar on his superannuation. NMDC is a state-controlled mineral producer. It is India's largest iron ore producer and exporter, producing more than 35 million tons of iron ore. It also operates the only mechanised diamond mine in the country at Panna in Madhya Pradesh. 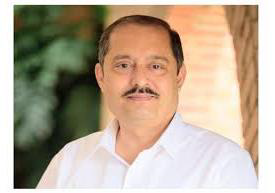 Dr. Alok Misra was appointed as new Chief Executive Officer and Director of Microfinance Institutions Network (MFIN). Prior to this appointment, he was Professor And Chairperson of public policy and governance at MDI, Gurgaon. He has 28 years of professional experience in international development, rural finance, microfinance, inclusive finance etc. 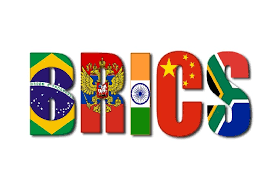 The committee will be responsible to connect youth from the BRICS nations - Brazil, Russia, India, China and South Africa and connect millions of youth across the world. 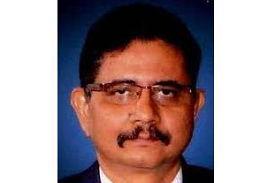 Partha Pratim Sengupta has been appointed as the new Managing Director and Chief Executive Officer of Indian Overseas Bank (IOB). Prior to this appointment, he was working with State Bank of India (SBI) as its Deputy Managing Director.

Mr Sengupta will replace Karnam Sekar who superannuated. He joined SBI as a probationary officer in 1987. Before his promotion as DMD in SBI, he was the chief general manager of SBI's Kolkata Circle. 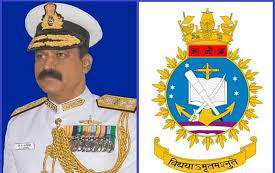 Vice Admiral MA Hampiholi is an alumnus of the National Defence Academy, Khadakvasala. Prior to this appointment, he was the Director General Naval Operations. He is a recipient of the Nao Sena Medal (Devotion to Duty) and the Ati Vishist Seva Medal. 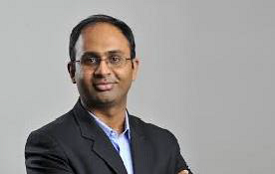 Paytm Money has appointed Varun Sridhar as its new CEO after former MD and CEO Pravin Jadhav resigned from the startup. Sridhar has most recently served as CEO of FinShell India. Paytm Money has also appointed Amit Kapoor as the new CFO and VP.

Paytm Money is a subsidiary of One97 Communications Ltd, which operates Paytm. Paytm Money had received approval from Securities and Exchange Board of India (SEBI) to begin stock broking services on its platform.