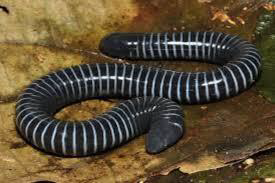 A team of scientists from Brazil and the United States has discovered a new species of amphibians called Siphonops annulatus. The ringed caecilian has venomous glands. They are limbless amphibians found in tropical climates of Africa, Asian and the Americas.

Siphonops annulatus live in water bodies or self-made burrows. They are nearly blind and hence, depend on facial tentacles and slime to navigate. They can produce two types of secretions: a poisonous one in their tail and mucus in their head. 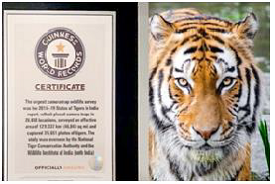 India's 2018 Tiger Census has made it to the Guinness Book of World Records for being the world's largest on-camera wildlife survey. The fourth cycle of the All India Tiger Estimation 2018, results estimated 2,967 tigers or 75% of the global tiger population.

The fourth iteration of the survey conducted in 2018-19 - was the most comprehensive to date, in terms of both resource and data amassed. Camera traps captured 34,858,623 photographs of wildlife (76,651 of which were tigers). Camera traps were placed in 26,838 locations across 141 different sites and surveyed an effective area of 121,337 sq km. 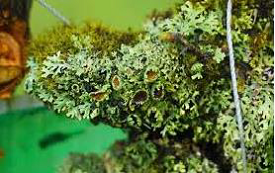 Uttarakhand forest department has claimed to have developed country’s first lichen park in Kumaon’s Munsiyari area. The park is spread over 1.5 acres with over 80 species of lichens collected from across the Himalayan state.

Lichens are considered to be the best bio-indicators of pollution levels in the Himalayas. Uttarakhand has more than 600 species of lichens followed by Himachal Pradesh and Jammu and Kashmir with 503 and 386 species respectively. 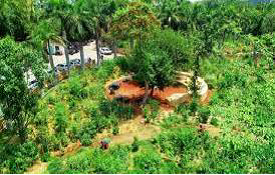 Union Minister Prakash Javadekar inaugurated a “dense” urban forest at the office of the Comptroller and Auditor General of India (CAG) in New Delhi. The forest covers an area of one acre including 12,000 saplings of 59 indigenous species.

The forest has been created, according to the Miyawaki method of forest creation. It would help in reducing the temperature by as much as 14 degree & increase the moisture by more than 40%. The government had recently announced implementation of the Nagar van scheme to develop 200 Urban Forests across the country in next five years. 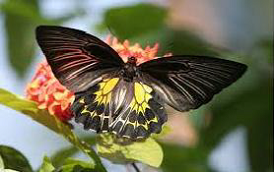 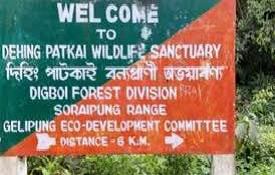 Wildlife sanctuaries are protected areas, which permit some activities such as grazing, while National parks call for a complete protection status under The Wildlife Protection Act, 1972. 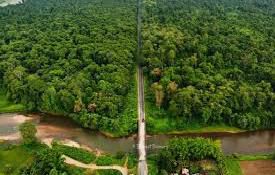 Assam Chief Minister Sarbananda Sonowal has announced to upgrade Poba Reserve Forest as a wildlife sanctuary. It is situated in Jonai Subdivision of Dhemaji District of Assam. The Reserved Forest (RF) was created in the year 1924 and covers an area of 10,221 hectares.

Poba is one of the richest rain forests of North-East India in terms of the flora and fauna found in it. Poba RF is an important elephant corridor linking the foot hills of Arunachal Pradesh and Dibru Saikhowa National Park via the proposed Kobu Chapori Reserve Forest.

A farmer in eastern India called as Basudev Mahapatra, spotted a yellow colored turtle in the village of Sujanpur, in Odisha's Balasore district. Researchers predict it to be the product of albinism. Albinism is a type of genetic disorder, where there is little or no production of pigment in the skin, eyes and hair.

The turtle is named as “Indian flap shell turtle”. The turtle, commonly found in places such as Pakistan, Sri Lanka, India, Nepal, Bangladesh and Myanmar, feeds on frogs, snails and even some aquatic vegetation. 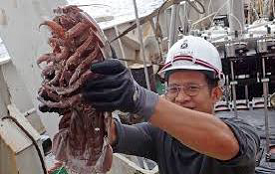 Singapore researchers found a 14-legged giant 'sea cockroach' at the bottom of the Indian Ocean. It was found during a marine survey conducted by Peter Ng of the National University of Singapore.

Researchers have classified gigantic cockroach to a new species named as "Bathynomusraksasa".

The giant Bathynomus of size of 20 inches is the second-largest isopod species known to science. It lives on scavenging for the remains of dead marine animals.