When it comes to project activity management, activity sequencing is one of the main tasks. Among many other parameters, float is one of the key concepts used in project scheduling.

Float can be used to facilitate the freedom for a particular task. Let's have a look at the float in detail.

When it comes to each activity in the project, there are four parameters for each related to the timelines. Those are defined as: 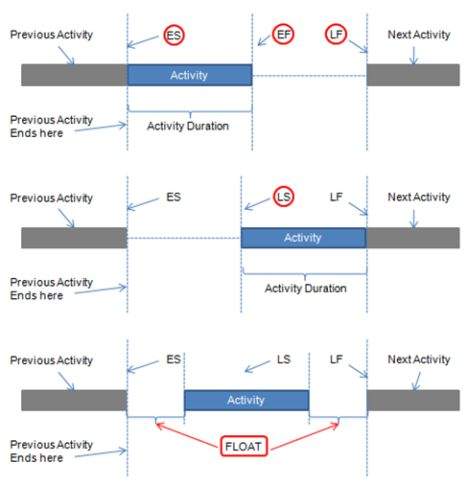 Leads and Lags are types of float. Let's take an example to understand this.

In project management, there are four types of dependencies:

Take the scenario of building two identical walls of the same house using the same material. Let's say, building the first wall is task A and building the second one is task B. The engineer wants to delay task B for two days. This is due to the fact that the material used for both A and B are a new type, so the engineer wants to learn from A and then apply if there is anything to B. Therefore, the two tasks A and B have a SS relationship.

The time between the start dates of the two tasks can be defined as a lag (2 days in this case). 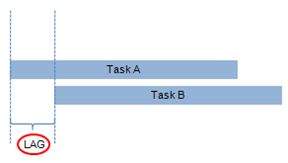 If the relationship between task A and B was Finish to Start (FS), then the 'lead' can be illustrated as: 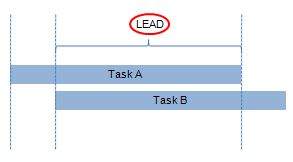 Task B started prior to Task A with a 'lead.'

For a project manager, the concepts of float, lead and lag make a lot of meaning and sense. These aspects of tasks are important in order to calculate project timeline variations and eventually the project completion time.