As per Apple documentation, the two major issues in memory management are −

We can analyze the usage of memory with the help of Xcode tool instruments. It includes tools such as Activity Monitor, Allocations, Leaks, Zombies, and so on.

Step 2 − Select Product and then Profile as shown below. 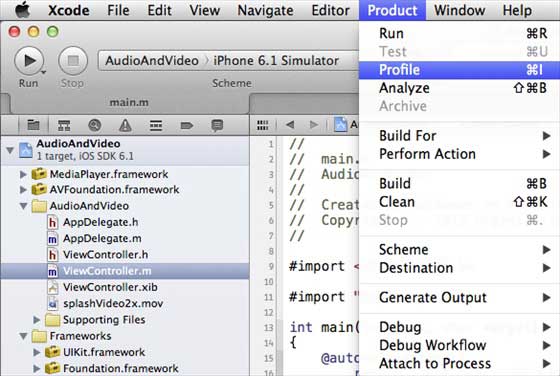 Step 3 − Select Allocations in the next screen shown below and select Profile. 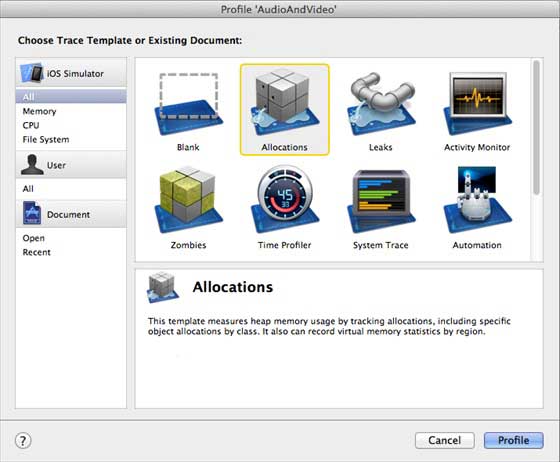 Step 4 − We will see the allocation of memory for different objects as shown below.

Step 5 − You can switch between view controllers and check whether the memory is released properly. 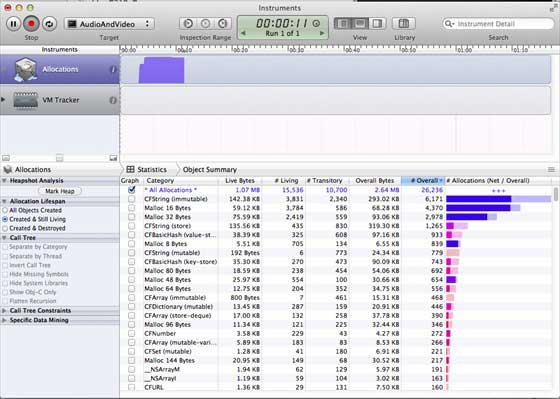 Step 6 − Similarly, instead of Allocations, we can use Activity Monitor to see the overall memory allocated for the application. 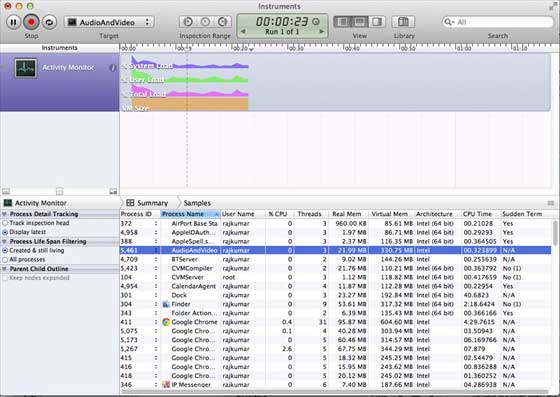 Step 7 − These tools help us access our memory consumption and locate the places where possible leaks have occurred.