Now we are going to create a simple single view application (a blank app) that will run on the iOS simulator.

The steps are as follows. 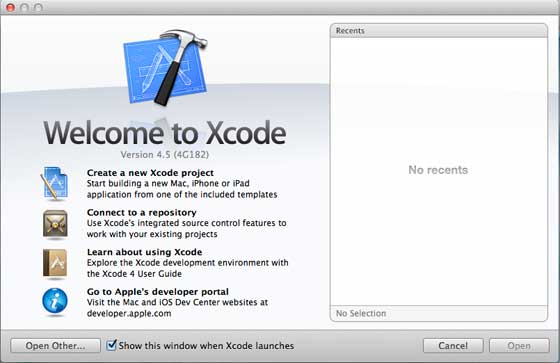 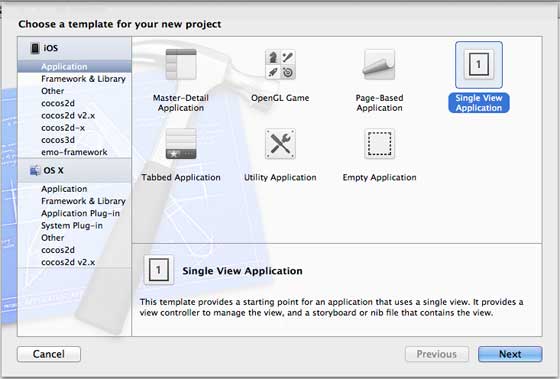 Step 3 − Enter the product name, i.e., the name of the application, organization name, and then the company identifier. 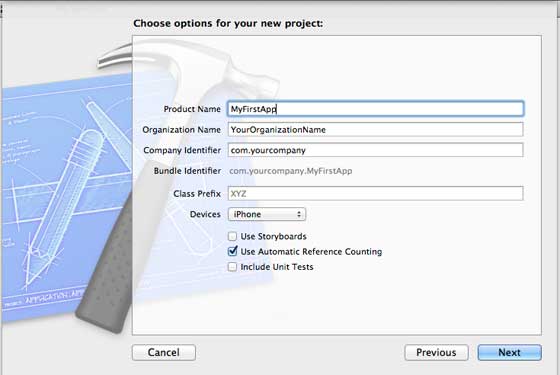 Step 4 − Ensure that Use Automatic Reference Counting is selected in order to automatically release the resources allocated once it goes out of scope. Click Next.

Step 5 − Select the directory for the project and select create. 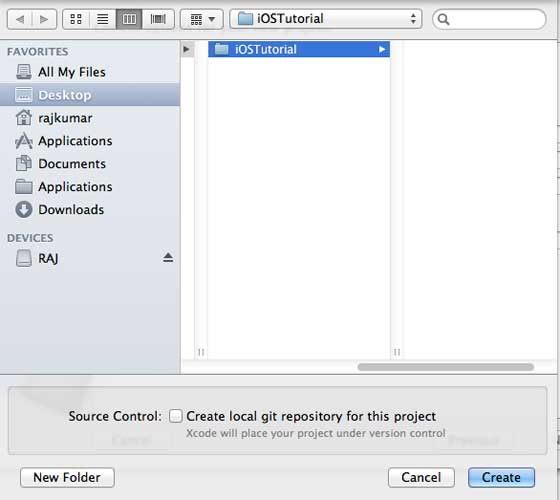 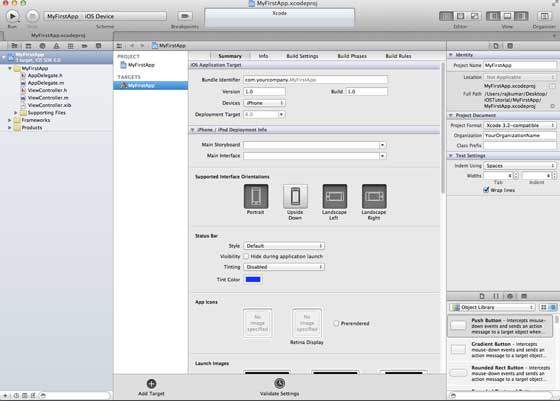 In the screen above, you will be able to select the supported orientations, build and release settings. There is a field deployment target, the device version from which we want to support, lets select 4.3, which is the minimum deployment target allowed now. For now, these are not required and let's focus on running the application.

Step 7 − Now, select iPhone simulator in the drop down near Run button and select run.

Step 8 − That's it; you have successfully run your first application. You will get an output as follows − 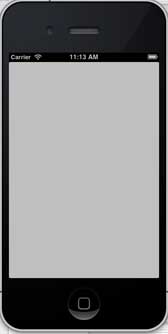 Now let's change the background color, just to have a start with the interface builder. Select ViewController.xib. Select background option in the right side, change the color and run. 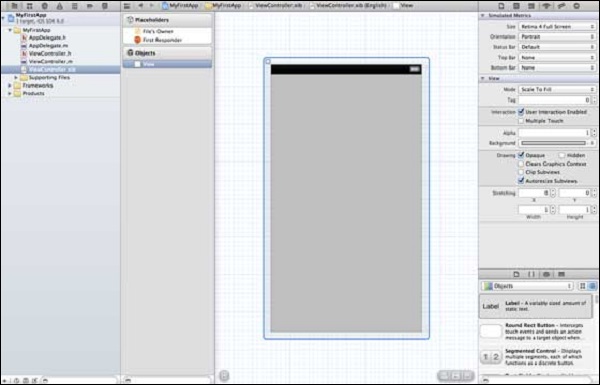 To disable auto-layout, we need to deselect the auto-layout checkbox in the file inspector of each nib, i.e., the xib files. The various sections of Xcode project IDE are given in the following figure (Courtesy: Apple Xcode 4 User documentation). 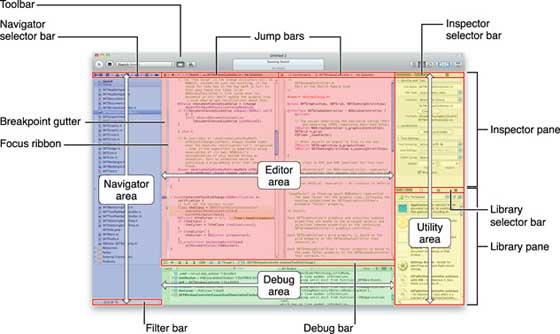 Code of the First iOS Application

You will find five different files that would have been generated for your application. They are listed as follows −