iOS, which was previously called iPhone OS, is a mobile operating system developed by Apple Inc. Its first release was in 2007, which included iPhone and iPod Touch. iPad (1st Generation) was released in April 2010 and iPad Mini was released in November 2012.

The iOS devices get evolved quite frequently and from experience, we find that at least one version of iPhone and iPad is launched every year. Now, we have iphone5 launched which has its predecessors starting from iPhone, iPhone 3gs, iPhone 4, iPhone 4s. Similarly, iPad has evolved from iPad (1st Generation) to iPad (4th Generation) and an additional iPad Mini version.

The iOS SDK has evolved from 1.0 to 6.0. iOS 6.0, the latest SDK is the only officially supported version in Xcode 4.5 and higher. We have a rich Apple documentation and we can find which methods and libraries can be used based on our deployment target. In the current version of Xcode, we’ll be able to choose between deployment targets of iOS 4.3, 5.0 and 6.0.

The power of iOS can be felt with some of the following features provided as a part of the device.

The number of users using iPhone/iPad has increased a great deal. This creates the opportunity for developers to make money by creating applications for iPhone and iPad the Apple's App Store.

For some one new to iOS, Apple has designed an application store where the user can buy apps developed for their iOS devices. A developer can create both free and paid apps to App Store. To develop applications and distribute to the store, the developer will require to register with iOS developer program which costs $99 a year and a Mac with Mountain Lion or higher for its development with latest Xcode.

Registering as an Apple Developer

An Apple ID is most necessary if you are having any Apple device and being a developer, you definitely need it. It's free and hence, no issues in having one. The benefits of having an Apple account are as follows − 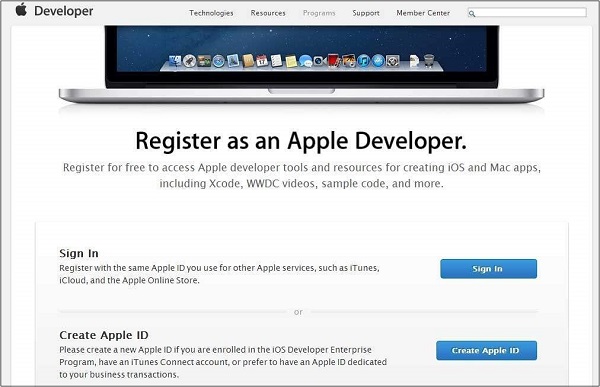 Step 2 − Provide the necessary information, which is self explanatory as given in the page.

Step 4 − Now you will be able to download the developer tools like Xcode, which is packaged with iOS simulator and iOS SDK, and other developer resources.

The first question that would arise to a new developer is – Why should I register for an iOS developer program? The answer is quite simple; Apple always focuses on providing quality applications to its user. If there was no registration fee, there could be a possibility of junk apps being uploaded that could cause problems for the app review team of Apple.

The benefits of joining the iOS developer program are as follows −

The steps to join the iOS developer program are as follows − 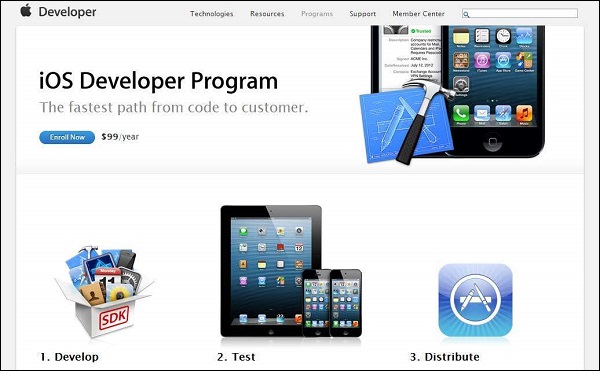 Step 2 − Click on Enroll Now in the page that is displayed.

Step 3 − You can either sign in to your existing apple account (if you have one) or create a new Apple ID.

Step 4 − Thereafter, you have to select between Individual and Company accounts. Use company account if there will be more than one developer in your team. In individual account, you can't add members.

Step 5 − After entering the personal information (for those who newly registers), you can purchase and activate the program by paying with the help of your credit card (only accepted mode of payment).

Step 6 − Now you will get access to developer resources by selecting the member center option in the page. 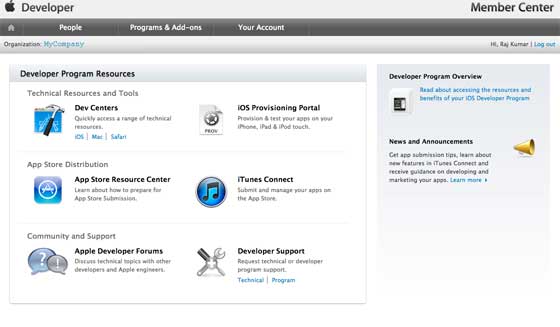 Step 7 − Here you will be able to do the following −