Prewitt operator is used for edge detection in an image. It detects two types of edges

Edges are calculated by using difference between corresponding pixel intensities of an image. All the masks that are used for edge detection are also known as derivative masks. Because as we have stated many times before in this series of tutorials that image is also a signal so changes in a signal can only be calculated using differentiation. So that’s why these operators are also called as derivative operators or derivative masks.

All the derivative masks should have the following properties:

When we apply this mask on the image it prominent vertical edges. It simply works like as first order derivate and calculates the difference of pixel intensities in a edge region. As the center column is of zero so it does not include the original values of an image but rather it calculates the difference of right and left pixel values around that edge. This increase the edge intensity and it become enhanced comparatively to the original image.

This mask will prominent the horizontal edges in an image. It also works on the principle of above mask and calculates difference among the pixel intensities of a particular edge. As the center row of mask is consist of zeros so it does not include the original values of edge in the image but rather it calculate the difference of above and below pixel intensities of the particular edge. Thus increasing the sudden change of intensities and making the edge more visible. Both the above masks follow the principle of derivate mask. Both masks have opposite sign in them and both masks sum equals to zero. The third condition will not be applicable in this operator as both the above masks are standardize and we can’t change the value in them. 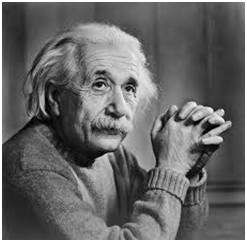 After applying vertical mask on the above sample image, following image will be obtained. This image contains vertical edges. You can judge it more correctly by comparing with horizontal edges picture. 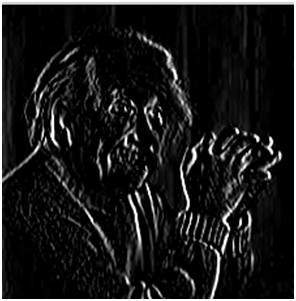 After applying horizontal mask on the above sample image, following image will be obtained. 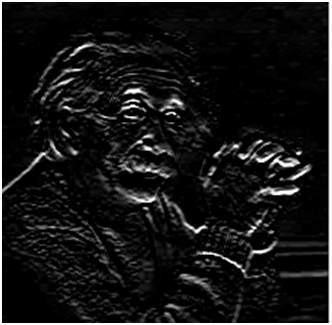