We have introduced quantization in our tutorial of signals and system. We are formally going to relate it with digital images in this tutorial. Lets discuss first a little bit about quantization.

As we have seen in the previous tutorials, that digitizing an analog signal into a digital, requires two basic steps. Sampling and quantization. Sampling is done on x axis. It is the conversion of x axis (infinite values) to digital values.

The below figure shows sampling of a signal. 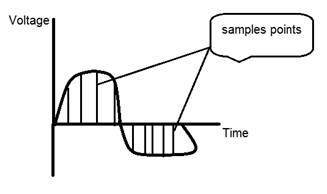 Sampling with relation to digital images

The concept of sampling is directly related to zooming. The more samples you take, the more pixels, you get. Oversampling can also be called as zooming. This has been discussed under sampling and zooming tutorial.

But the story of digitizing a signal does not end at sampling too, there is another step involved which is known as Quantization.

Quantization is opposite to sampling. It is done on y axis. When you are quantizing an image, you are actually dividing a signal into quanta(partitions).

On the x axis of the signal, are the co-ordinate values, and on the y axis, we have amplitudes. So digitizing the amplitudes is known as Quantization.

Here how it is done 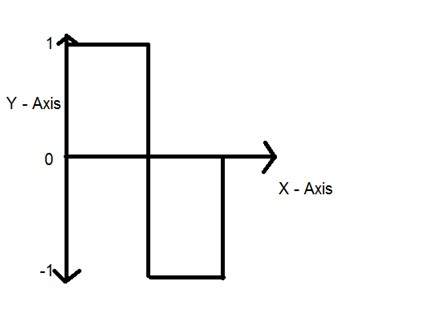 You can see in this image, that the signal has been quantified into three different levels. That means that when we sample an image, we actually gather a lot of values, and in quantization, we set levels to these values. This can be more clear in the image below.

In the figure shown in sampling, although the samples has been taken, but they were still spanning vertically to a continuous range of gray level values. In the figure shown above, these vertically ranging values have been quantized into 5 different levels or partitions. Ranging from 0 black to 4 white. This level could vary according to the type of image you want.

The relation of quantization with gray levels has been further discussed below.

The quantized figure shown above has 5 different levels of gray. It means that the image formed from this signal, would only have 5 different colors. It would be a black and white image more or less with some colors of gray. Now if you were to make the quality of the image more better, there is one thing you can do here. Which is, to increase the levels, or gray level resolution up. If you increase this level to 256, it means you have an gray scale image. Which is far better then simple black and white image.

Now 256, or 5 or what ever level you choose is called gray level. Remember the formula that we discussed in the previous tutorial of gray level resolution which is,

We have discussed that gray level can be defined in two ways. Which were these two.

In this case we have gray level is equal to 256. If we have to calculate the number of bits, we would simply put the values in the equation. In case of 256levels, we have 256 different shades of gray and 8 bits per pixel, hence the image would be a gray scale image.

Now we will reduce the gray levels of the image to see the effect on the image.

Lets say you have an image of 8bpp, that has 256 different levels. It is a grayscale image and the image looks something like this. 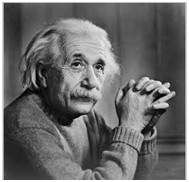 There is not much effect on an image after decrease the gray levels to its half. Lets decrease some more. 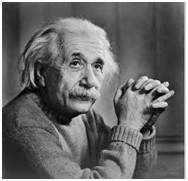 Still not much effect, then lets reduce the levels more. 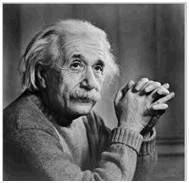 Surprised to see, that there is still some little effect. May be its due to reason, that it is the picture of Einstein, but lets reduce the levels more. 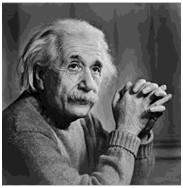 Boom here, we go, the image finally reveals, that it is effected by the levels. 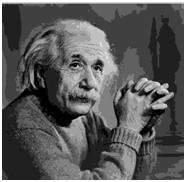 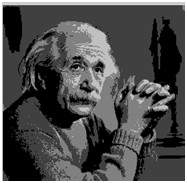 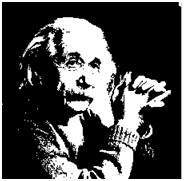 Thats the last level we can achieve, because if reduce it further, it would be simply a black image, which can not be interpreted.

There is an interesting observation here, that as we reduce the number of gray levels, there is a special type of effect start appearing in the image, which can be seen clear in 16 gray level picture. This effect is known as Contouring.