What is the structure of Wisconsin Multicube in computer architecture?

The Wisconsin multicube architecture employs row and column buses constructing a two-dimensional grid structure as shown in the figure. The three-dimensional generalization will appear in a cube structure. 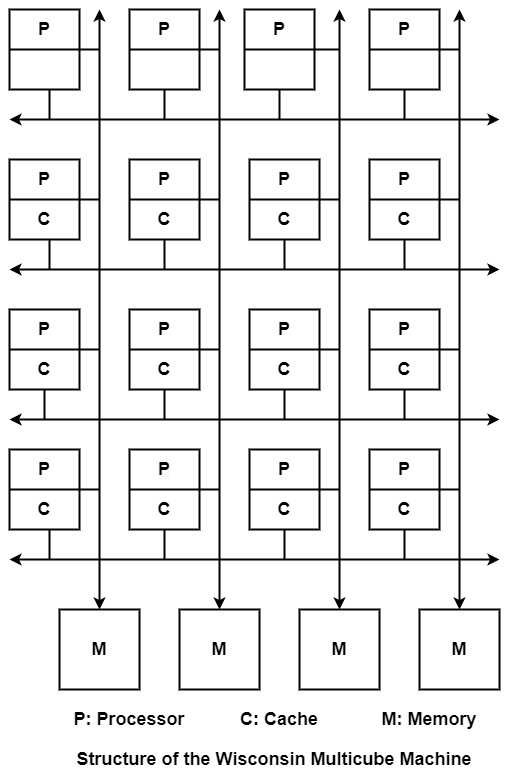 It can describe the cache coherence protocol of the Wisconsin multicube architecture, the following definitions must be given −

Possible state of blocks in memories

Unmodified − The value in the main memory is correct and it can have several correct cache copies.

Modified − The value in the main memory is stale and there exists exactly one correct cache copy.

Possible state of blocks in caches

A cache controller can issue four types of consistency commands −

Definitions of state transitions in caches and memories, and definition of transmission routes of commands. Here, only the execution mechanisms of the READ and READ-MOD command are explained. Interested readers can consult Goodman and Woest (1988) for details of the other consistency transaction.