What is Computer Network Architecture?

A network model represents the organization of multiple computers in a network. It describes how individual computers are interconnected in a network.

The computer network architecture is as follows −

In centralized computing architecture, one powerful computer is used to serve one or more low powered computers. In the centralized model, the nodes are not connected; they are only connected to the server.

Distributed architecture interconnects one or more personal computers known as nodes. It allows various features such as file sharing, hardware sharing or network sharing. In the distributed model, the nodes can handle their data and depend on the network for administration other than data processing.

For example, a network of Window 2000 can have a computer that is regarded as a Print server. The print server would handle all the printing jobs of the network.

The collaborative computing architecture is a mixture of centralized and distributed computing. In the collaborative model, the individual members of a network can process their user’s basic need.

For example, a database server such as MSSQL server or ORACLE server sees or handles all the database related processing of all the nodes of networks. But requests other than the database will be processed by the model.

In this architecture, there are no dedicated servers. All computers are similar and, therefore, are termed as a peer. Each of these machines functions both as a user and a server. This arrangement is applicable for environments with a finite number of clients (usually ten or less). 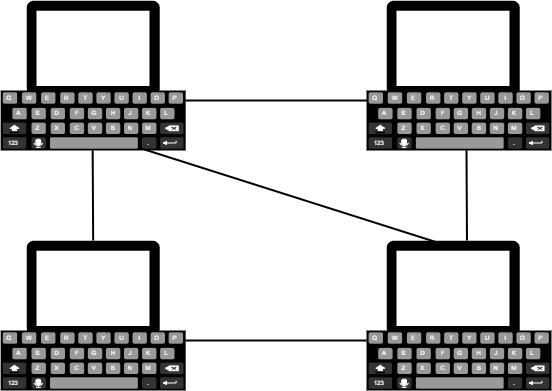