What is the computer structure?

Computer structure is the way that each component is arranged so that communication is possible.

The structure of a computer is simple, and that can be represented in below diagram − 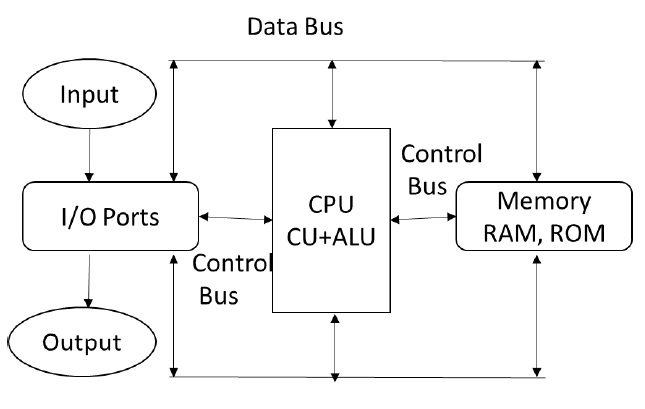 The computer structure in general, divided into five main parts, which are as follows −

Let us discuss each component in detail.

For example, the input devices are keyboards, mouse, joysticks, scanners, touchpad and many more.

Output devices are computer hardware devices which handle output activities. The function of the output device is to display the results of data processing, as soft copy, hard copy, voice, or video.

For example, the output devices are monitors, printers, speakers, projectors and so on.

Given below in the figure are the output devices − 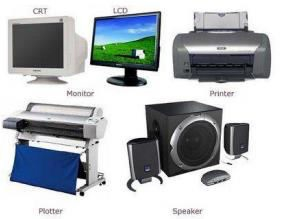 I / O Ports are called connectors which are under the control of the processor helpful in handling input and output activities. Or in other words, this port is used to connect any device that comes from outside the computer, like a printer, scanner, mouse, or USB. In a computer system this port is present on the back of the CPU while on the laptop the ports are located on the right and left side.

The Central Processing unit is computer hardware called the brain of the computer system. Because, the performance of a computer is determined by the technology and quality of the CPU used.

Generally, there are three types of components in the CPU, which are given below −

The control unit controls and regulates the course of the program. The register is used to serve as a temporary storage area for data that is being processed to continue to the next processing. ALU performs all arithmetic and logic operations based on the instructions given.

Given below in the figure is the structure of CPU − 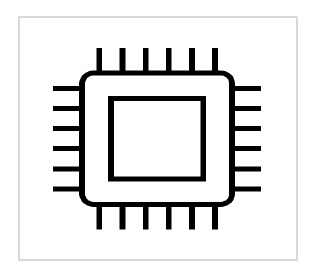 It is a device that functions as a storage medium in a computer system.

There are two types of memory which are characterized as follows −

Based on the location, the memory is divided into two parts, namely internal and external memory. This internal memory is the main memory in a computer system, such as RAM (Random Access Memory) and ROM (Read Only Memory).

Control bus is part of a computer system which is helpful to control the use of access to data buses and bus addresses.

In principle, the data channel and address channel are used simultaneously by all components, so that a control bus is needed to control their use. This control bus is equipped with command signals that specify the operations to be performed.

The address bus relates to the source or destination address on the data bus. It is used to select a memory location or port to perform write and read operations.

So that all devices connected to the computer system must have an address to be accessed. For example, the CPU will read a word from memory, and then the CPU will put the data address on the address channel.

It is part of a computer system which is the path for the movement of data contained in the computer system module. The data is transferred from the input device to the CPU or from the CPU to memory or from memory to the output device.

The bus width determines the amount of data that can be transferred at one time. Generally, the data bus consists of 8, 16, 32, 64 or more parallel lines.