What is MAN (Metropolitan Area Network) in Computer Network?

A metropolitan area network is a network that covers a larger geographic range by joining a multiple LAN to form a larger network. MAN usually connects multiple local area networks (LANs), using fiber optic cables, with a high-compact network framework. It can support uplinks to the wireless networks and the computer network. The MAN is set up in an area of more than 100 kilometres. It can include a combination of several hardware components and communication media. 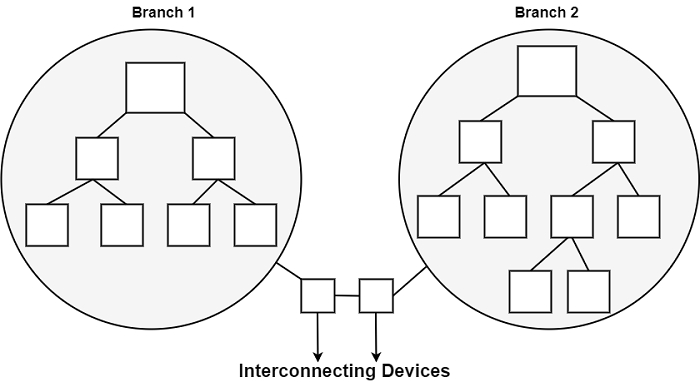 Branch 1 has its LAN, and Branch 2 has its LAN. To connect these two LANs, we create one MAN.

It resides between LAN and WAN. It assigns computers within a city or group of nearby corporate workplaces. It helps a dual queue dual bus protocol. The execution for MAN provides transfer rates from 34 Mbps to 150 Mbps which is not very moderate as compared to LAN. It is designed with two unidirectional buses and uses a unique protocol called dual queue dual bus protocol (DQDB).

The Standards for MAN are sponsored by IEEE, ANSI and Regional operating companies. The topology used by MAN is DQDB, which is Dual Queue Dual Bus topology. It operates two unidirectional buses that are independent of each other in the transfer of traffic. It can use an open bus architecture or a closed bus architecture, depending on the needs.

In a closed bus architecture, both the buses start and end at a control system called BUS CONTROL. 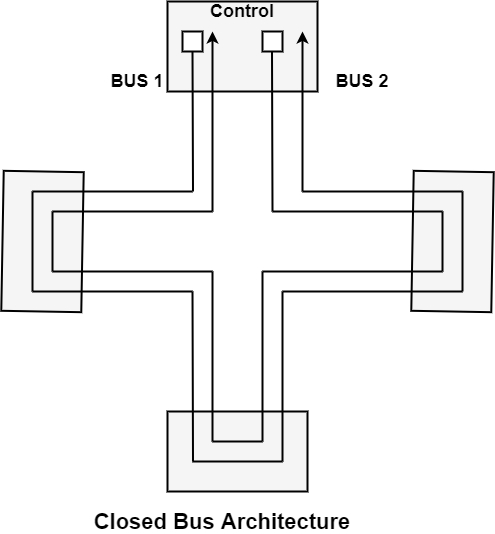