What is Ring Network Topology in Computer Network?

It is another popular technique for network configuration. The ring network topology is displayed in the figure below − 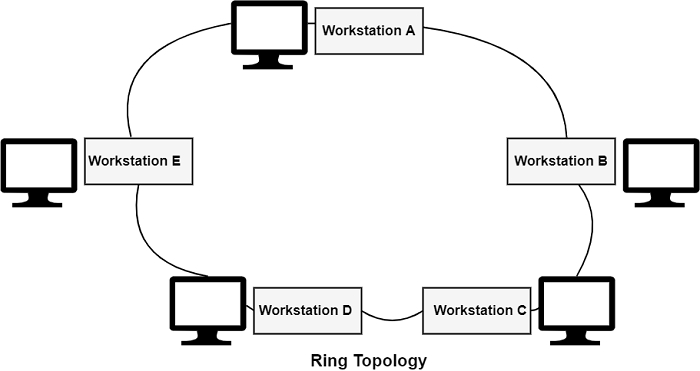 A ring network frequently uses a bit-serial transmission medium, including twisted pairs or coaxial cables. A master clock can be used to communicate to each station when to read and write bits, or the timing data can be encoded into the information as long as specific restrictions are met to keep up the ring from flooding.

Following are the advantages of ring topology −

Following are the disadvantages of ring topology −