What is Star Network Topology in Computer Network?

A star topology is constructed with each node such as offices, printers, laptops, servers, etc., connected directly to a central computer known as a network switch. Each office has a wire that goes from its network interface card (NIC) to a network switch. It is one of the most popular network systems. It includes various devices or computers linked to one centralized computer. This central mainframe is referred to as a server, and other computers connected to the server are referred to as clients or workstations. 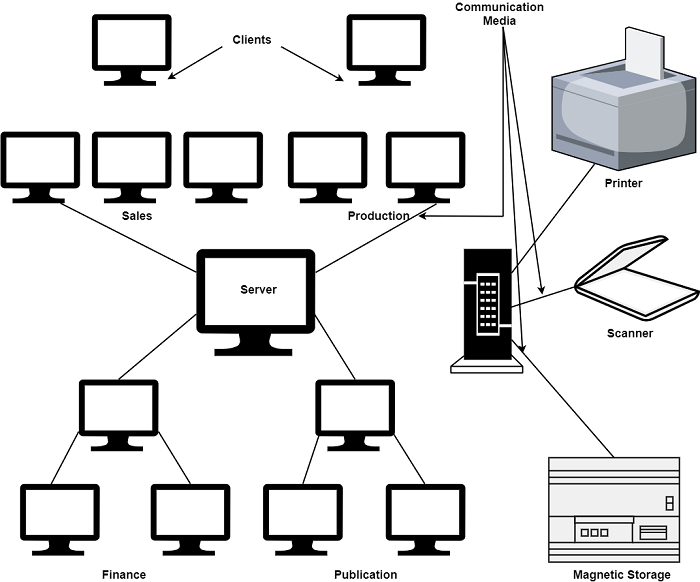 There are the following advantages of a star topology −

There are the following disadvantages of a star topology −