What is Bus Network Topology in Computer Network?

The bus network topology is also referred to as horizontal topology. This topology is very common among local area networks. In this network, every computer is linked to a single connection line or cable through an interface. Thus each computer can directly communicate with other computer or device in the network.

Each work station or node has a particular address, and to access a specific node, a user just needs to know its address. There is no concentration point in the network, and thus the problem of resolution is severe. Traffic flow among various computers in the network is relatively simple because it grants all stations to get each transmission. So a single station can broadcast to multiple stations.

This topology is shown in the figure. 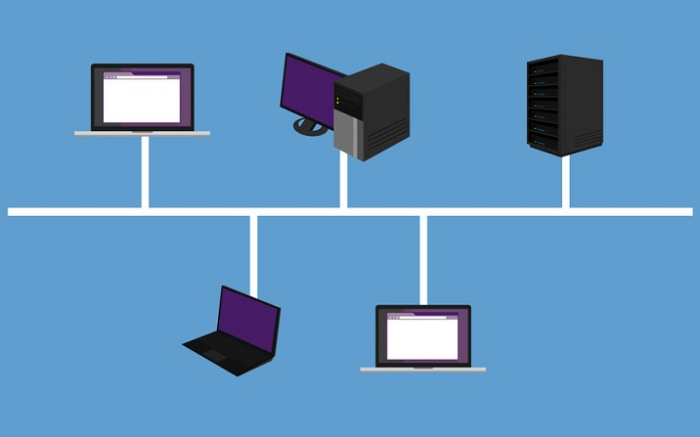 The advantages of the tree network topology are as follows −

The disadvantages of the tree network topology are as follows −