What are the best tourist place in Karnataka?

Karnataka is a south-western state in India which was formed on 1 November 1956. It has Maharastra to its north, Telangana and Andhra Pradesh to its east, Kerala to the south and the Arabian Sea to its west. Its capital is Bangalore with Kannada being the official language of the state.

The famous tourist spots in Karnataka are:

Hampi, the city of vestiges is a UNESCO World Heritage Site, attributable to the old sanctuaries, fortifications and different landmarks here. Hampi was the capital of the Vijayanagar realm around 1500 AD, and by a few records, the second biggest city in the world around them. 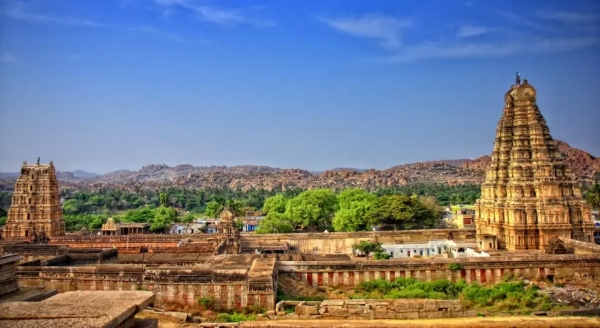 Throughout the following hundreds of years it dropped out of significance, and now you can investigate the remnants of many temples and different structures. The landscape around Hampi is as baffling as the remnants itself - the city is encompassed by rocks of various sizes, and you can reach the top with a little effort to get a dazzling perspective of the whole city and the topography. It is situated on the banks of the Tungabhadra River.

You can likewise discover the remains of the old water systems, waterways and military encampment and stables here. Hampi was proclaimed a UNESCO World Heritage site in 1986 and numerous endeavors have been taken to reestablish the lost transcendence of the place - exceptionally restricted modern foundations are permitted here.

Situated in the midst of forcing mountains in Karnataka with an interminable landscape, Coorg is the place to be for all the nature lovers. Coorg is an evergreen place attributable to its climate which stays wonderful consistently. Coorg, formally known as Kodagu, is the most prosperous hill station in Karnataka. It is outstanding for its amazingly colorful landscape and rich greenery. Hills filled with forest cover. It is also famous for spices and coffee plantations. Madikeri is the locale's inside point with all transportation for getting around beginning from here.

With its perfect beaches and amazing sceneries, Gokarna is a Hindu pilgrimage town and a recently discovered center for Beach lovers and many foreigners. Located on the shoreline of Karwar, Gokarna is a residential area in Karnataka, essentially known for two reasons - its shorelines and Temples. Gokarna can be of different things to various individuals. Consistently crowds of foreigners visit Gokarna looking for holiness and salvation on one hand and relief and unwinding on the other.

The away beaches are an inquisitive complexity to the life inside the town. Palm clad shorelines are dabbed with tourists in a greater part and not many Indians are seen over. Gokarna is not ordinarily touristy. Brimming with coconut and palm trees, the sea and clean sands, Gokarna is a 'one of its kind place' in the nation.

Anthargange is located in the Kolar region of Karnataka in the Shatha Shrunga range, around 70 km from Bangalore. The mountains at a height of 1712 meters from sea level with rough rocks, little caves, and thick plantations are one of the best getaways for trekking, rock climbing enthusiasts. 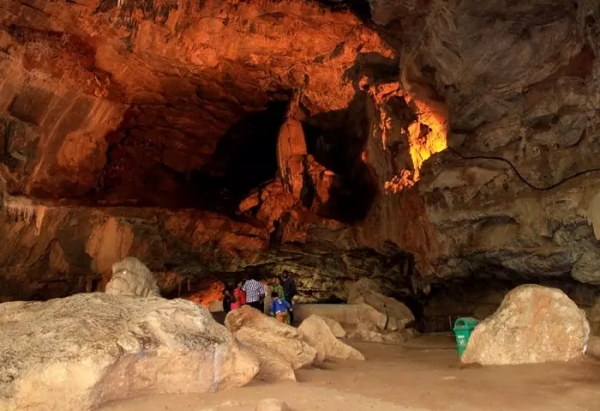 The name Anthargange alludes to the unending spring that moves through the stones from the center of the mountains. The name actually signifies 'Inner Stream' or 'Ganges from the profound' in Kanada. The cause of this stream is as yet a secret. It additionally houses the Kashi Vishweshwara Temple which pulls in devotees also.

With the guarantee of a beautiful perspective of a mountain in the state of a steed face, Kudremukh is popular for its biodiversity and picturesque excellence. 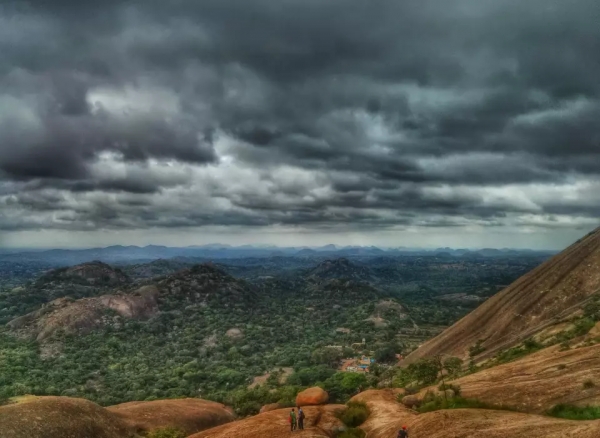 A prominent hill station among the Bangalore crowd, Kudremukh is situated in the Chikmagalur region of Karnataka. With its moving meadows, fields and thick woods, this place is a biodiversity hotspot.

Kudremukh is a captivating spot to visit, as yet holding quite a bit of its characteristic magnificence regardless of diligent dangers from different sources to its environment. At an elevation of 1894 m above ocean level, the Kudremukh Peak is heaven for trekkers and naturalists alike, with its bumpy ways and diversity.

Varaha Parvatha, another mountain range adjacent at an altitude of 1458 m above ocean level is a part of the UNESCO World Heritage Site.