We can connect any test circuit to an oscilloscope through a probe. As CRO is a basic oscilloscope, the probe which is connected to it is also called CRO probe.

We should select the probe in such a way that it should not create any loading issues with the test circuit. So that we can analyze the test circuit with the signals properly on CRO screen.

CRO probes should have the following characteristics.

The block diagram of CRO probe is shown in below figure.

CRO probes can be classified into the following two types.

Now, let us discuss about these two types of probes one by one. 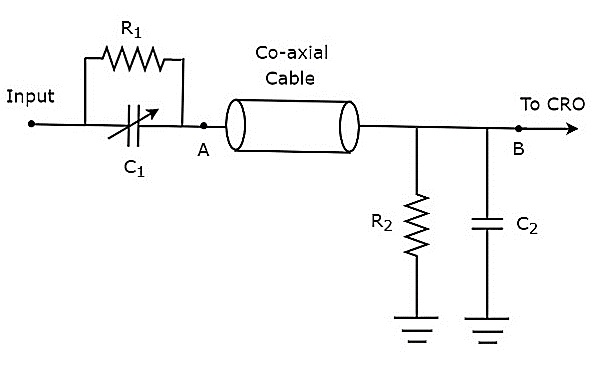 The above circuit diagram is modified in the form of bridge circuit and it is shown in below figure. 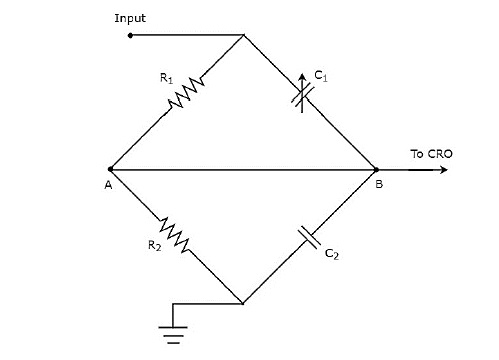 We can balance the bridge, by adjusting the value of variable capacitor, $c_{1}$. We will discuss the concept of bridges in the following chapters. For the time being, consider the following balancing condition of AC bridge.

By voltage division principle, we will get the voltage across resistor, $R_{2}$ as

If the probe head consists of active electronic components, then it is called active probe. The block diagram of active probe is shown in below figure.

The other two parts, such as co-axial cable and termination circuit remain same in both active and passive probes.