The World Press Freedom Day is observed annually on 3rd May across the world. The day celebrates the fundamental principles of press freedom. It also reminds that many journalists brave death or face jail to bring daily news to the public. 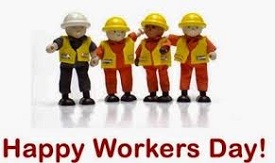 International Labour Day, known as May Day was celebrated on 1st May 2016. The theme of International Labour Day of 2016 is "Celebrating the international labour movement". It assumes further significance with economic relationships undergoing rapid change in the emerging global economic order. Around 80 countries across the world have declared it as national holiday.

Labour is one of the four key factors of production along with Land, Capital and organization. Effectiveness of workforce is the key to economic growth. May Day reminds all concerned of the need to ensure welfare of workers. 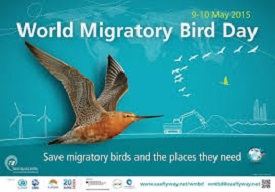 The World Migratory Bird Day (WMBD) was celebrated across the world on 10th May 2016. This year's theme was Stop the Illegal Killing, Taking and Trade of Migratory Birds. It is a 2-day event annually held on the second weekend of May to highlight the need to protect migratory birds and their habitats. The day is celebrated by organizing public events such as bird festivals, education programs and bird-watching excursions.

The Convention on Migratory Species (CMS) announced the creation of the Intergovernmental Task Force on Illegal Killing, Taking and Trade of Migratory Birds in the Mediterranean composed of Governments and the European Commission.

The President of India, Shri Pranab Mukherjee will attend the National Technology Day Celebrations at Vigyan Bhawan, New Delhi on May 11, 2016. 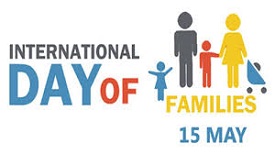 The International Day of Families is observed annually on the 15th of May. The theme for the year 2016 is Families, healthy lives and sustainable future.

The International Day provides an opportunity to promote awareness of issues relating to families and to increase knowledge of the social, economic and demographic processes affecting families. The Day was proclaimed by the UN General Assembly in 1993, reflecting the importance the international community attaches to families. 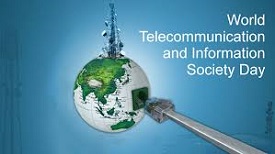 The World Telecommunication and Information Society Day (WTISD) is observed annually on 17th May. The theme for 2016 was ICT entrepreneurship for social impact.

The theme for 2016 is in line with the work of the International Telecommunication Union (ITU) in unlocking the potential of ICTs for young innovators and entrepreneurs, innovative SMEs, start-ups and technology hubs as drivers of innovative and practical solutions for catalyzing progress in achieving international sustainable development goals, with a focus on SMEs from developing countries.

News 7 - The World Hypertension Day observed on May 17th

The day was initiated by the World Hypertension League (WHL) to increase awareness about hypertension. The League is an umbrella to 85 national hypertension societies and leagues. The recommended blood pressures are less than 140/90 mm Hg for the general population and for the hypertensive population without any complications it is less than 130/80 mm Hg. 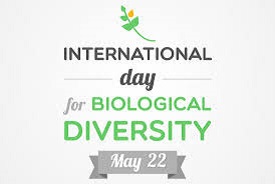 The International Day for Biological Diversity is observed annually on 22nd May to increase understanding and awareness of biodiversity issues. The theme for the year 2016 was “Mainstreaming Biodiversity; Sustaining People and their Livelihoods, highlighting the role of biodiversity in underpinning development”.

The UN also marked attention to the role of biodiversity in 2030 Agenda for Sustainable Development.

The 13th meeting of the Conference of the Parties to the Convention on Biological Diversity (COP 13) to be held in Cancun, Mexico from 4 to 17 December 2016 will focus on the mainstreaming of biodiversity within and across sectors, which is closely linked to this year’s IDB theme. 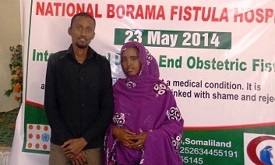