News 1 - Reliance Defence to tie up with 3 Ukranian companies 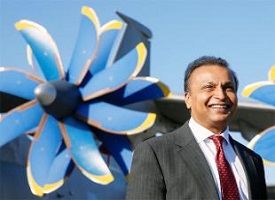 State Owned Ukroboronprom of Ukraine and Reliance Defence, made an effort to collaborate with Antonov for its range of military and commercial transport aircraft. They will unite for assembly, manufacture and maintenance, repair and overhaul (MRO) of Antonov series of aircraft to fulfil the requirements of the Indian market and also the agreed global markets.

The unity between Reliance Defence and Spetstechno Exports will focus on updated programs for the BMP 2 and armored vehicles, unmanned aerial vehicles and marine gas turbines for the Indian Navy's frigate program in India. This effort involves the public sector, private sector and global OEM as part of the 'Make in India' and 'Skill India' initiatives of the government with the value of programs exceeding Rs 50,000 crores.

This 105-metre new generation OPV will be commissioned into service in early 2017. The vessel is capable of cruising at a speed of 23 knots and has a range of 6000 nautical miles. It is powered by twin diesel engines and carries four boats for boarding party operations. It will be deployed for ocean surveillance and for monitoring sea lanes of communication. 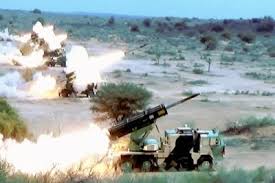 In a follow up to ‘Exercise Shatrujeet’ by the Strike Corps (Strike One) last month, the pivot formations held the fortnight-long military training exercise codenamed “Exercise CHAKRAVYUH-II” which concluded on 10th May in the general area of Suratgarh in Rajasthan.

The exercise conceptualized by the Pivot Corps involved rapid mobilization and execution of plans in sync with the Air Force in desert terrain and was declared a success. The exercise validated the battle readiness and operational effectiveness of the RAPID Division along with all its affiliated components. 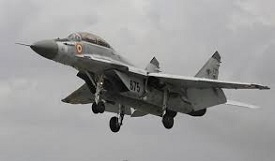 The aircraft was developed by the British in the 1960s. It is best known for its ability to take off and land vertically, and for being the only class of jet that can hover like a helicopter. The Sea Harrier was used by the British during the Falklands War. The retired aircraft will be put on display in museums. They were popularly known as 'white tigers'. The newly inducted MIG 29 Ks will be operational from INS Vikramaditya aircraft carrier. At present, 45 MIG 29K are being introduced. 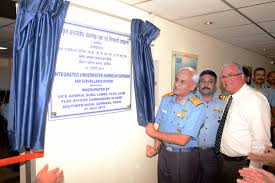 The IUHDSS is a multi-sensor system capable of detecting, identifying, tracking and generating warnings for all types of surface and underwater threats to Vizag harbour. The MWDC will collate, analyses and classify data collected by the Navy's Mine Hunting Ships from various ports along the east coast.

An Electronic Maintenance Management System (e-MMS) was inaugurated by the Chief of Air Staff, Air Chief Marshal Arup Raha at the Air Force Station in Pune. Project e-MMS was conceptualized to address the need of automating maintenance management process in the IAF. It is considered to be one of the biggest automated military maintenance systems in the world. The project has introduced some of the latest technologies like mobility devices and RFID technology to aid maintenance activities in the IAF.

The contract for the project e-MMS was signed with Wipro as a System Integrator (SI).

News 7 - Exercise Red Flag: The IAF Team Sets Course Back at the end of a ‘Perfect Flag’ 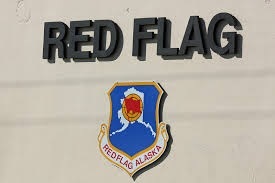 Red Flag Alaska 16-1, which was an advanced aerial combat training exercise hosted at Eielson Air Force Base, Alaska (a successor to the previous COPE THUNDER exercise series) concluded on 14th May 2016. The main phase of this exercise had commenced on 28th April 2016 with a mix of combat and support elements participating from IAF, USAF and USN.

The Exercise saw the IAF’s potent SU-30 MKI aircraft and the IAF Jaguars DARIN II perform their roles exceptionally well. The SU-30s will additionally participate in exercise ‘Desert Eagle II’ with UAE Air Force on their way back. 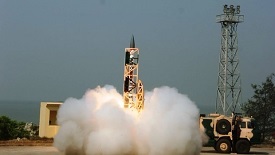 India on Sunday successfully test-fired its indigenously developed Advanced Air Defence Supersonic Interceptor Missile, capable of destroying any incoming hostile ballistic missile. The missile was test-fired from the Integrated Test Range of Abdul Kalam Island in Odisha. The missile has been named as Ashwin.

India became the fourth country to have successfully developed this anti-ballistic missile system, after United States, Russia and Israel. It was the twelfth test of interceptor missiles fired from a warship. 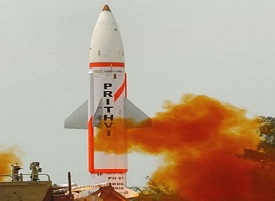 India has successfully test fired its indigenously developed nuclear capable surface-to-surface Prithvi-II missile as part of a user trial by army from test range at Chandipur in Odisha. Prithvi II is the first missile to be developed by DRDO under the prestigious Integrated Guided Missile Development Program.

This missile is thrusted by liquid propulsion twin engines and has a strike range of 350 kms. It is capable of carrying 500 kgs to 1,000 kgs warheads. The naval operational variant of Prithvi-II class missiles are known as Dhanush. 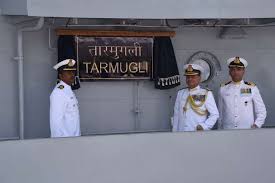 This ship is capable of operating in shallow waters at high speeds and is equipped with enhanced fire power, advanced MTU engines, water jet propulsion and the latest communication equipment. The ship is named after an island in the Andaman group. 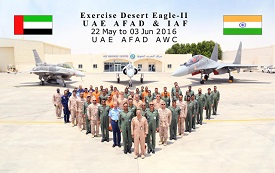 A bilateral Air Force exercise between India and United Arab Emirates (UAE) is underway at Al-Dhafra Air Base in UAE from 24th May 16 to 03rd Jun 16. The Su-30 MkI of the Indian Air Force and the Mirage 2000-9 along with the F-16 of the UAE Air Force are participating in this exercise.

The Desert Eagle – II will be played under multiple simulated scenarios which provides exposure towards mission planning and execution in a simulated high threat combat environment. it also helps to grow the bonhomie with friendly Air Forces of India and United Arab Emirates.