In this chapter, we shall discuss about the microwave components such as microwave transistors and different types of diodes. 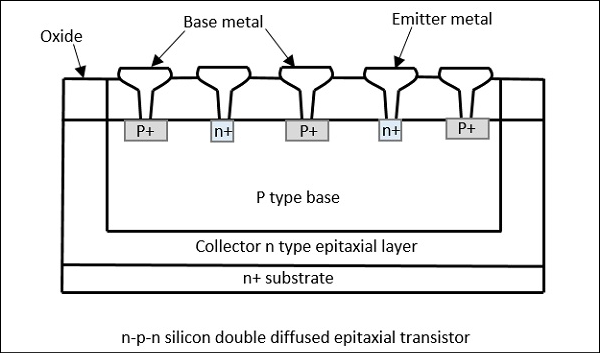 An n type epitaxial layer is grown on n+ substrate that constitutes the collector. On this n region, a SiO2 layer is grown thermally. A p-base and heavily doped n-emitters are diffused into the base. Openings are made in Oxide for Ohmic contacts. Connections are made in parallel.

Such transistors have a surface geometry categorized as either interdigitated, overlay, or matrix. These forms are shown in the following figure. 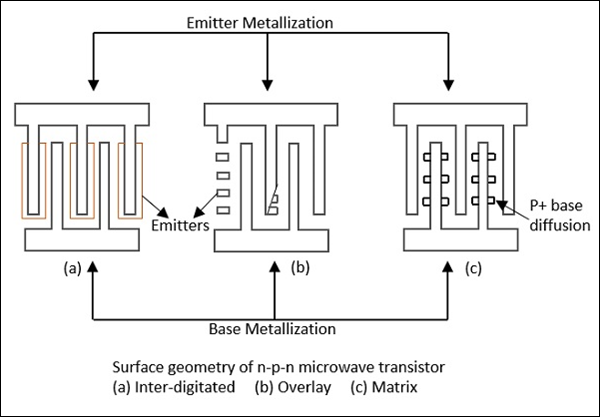 The matrix geometry is sometimes called mesh or emitter grid. Overlay and Matrix structures are useful as power devices in the UHF and VHF regions.

The classification of solid state Microwave devices can be done −

The types of diodes which we have mentioned here have many uses such as amplification, detection, power generation, phase shifting, down conversion, up conversion, limiting modulation, switching, etc.

The junction capacitance depends on the applied voltage and junction design. We know that,

The encapsulation of diode contains electrical leads which are attached to the semiconductor wafer and a lead attached to the ceramic case. The following figure shows how a microwave Varactor diode looks. 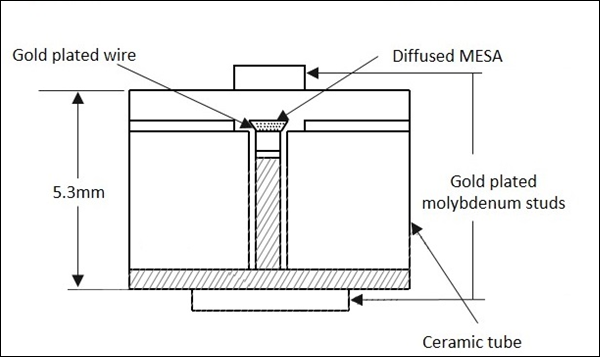 These are capable of handling large powers and large reverse breakdown voltages. These have low noise. Although variation in junction capacitance is an important factor in this diode, parasitic resistances, capacitances, and conductances are associated with every practical diode, which should be kept low.

Varactor diodes are used in the following applications −

This is a simple diode that exhibits non-linear impedance. These diodes are mostly used for microwave detection and mixing.

A semi-conductor pellet is mounted on a metal base. A spring loaded wire is connected with a sharp point to this silicon pellet. This can be easily mounted into coaxial or waveguide lines. The following figure gives a clear picture of the construction. 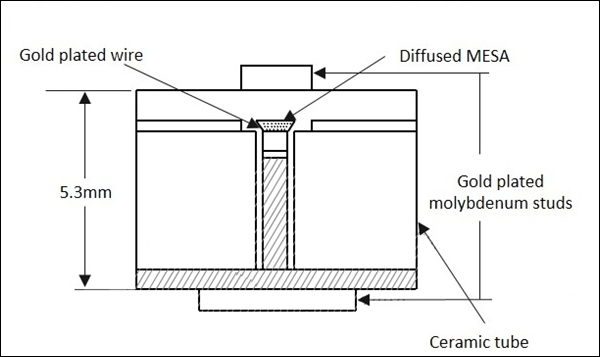 These are the following advantages.

These are the following applications.

J B Gunn discovered periodic fluctuations of current passing through the n-type GaAs specimen when the applied voltage exceeded a certain critical value. In these diodes, there are two valleys, L & U valleys in conduction band and the electron transfer occurs between them, depending upon the applied electric field. This effect of population inversion from lower L-valley to upper U-valley is called Transfer Electron Effect and hence these are called as Transfer Electron Devices (TEDs).

Gunn diodes are extensively used in the following devices −