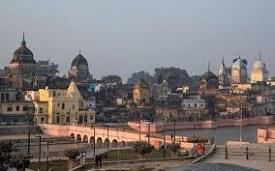 The Uttar Pradesh state government has approved five acre land to Sunni Waqf Board in Ayodhya. The cabinet meeting has approved the land at village Dhannipur under Sohaval Tehsil in Ayodhya district. The proposed land is 18 kilometer from Ayodhya.

The supreme court in its historic decision on 9th November 2019 had ordered to allot five acre land in Ayodhya to Sunni Waqf Board for construction of a Mosque. 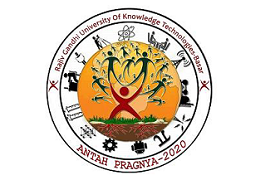 India’s biggest rural technical festival titled ‘Antahpragnya 2020’ was held in Telangana. The theme for the year 2020 was “Spot and encourage rural tech innovators”. The three-day technical fest displayed 300 plus prototype working models created by 4000 rural ignited minds from the RGUKT varsity. RGUKT is the first institute in India to implement Block-chain Technology. 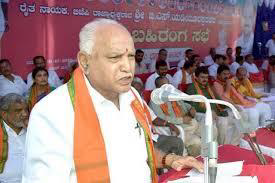 The Janasevaka scheme will enable citizens of the state to get home delivery of 53 important government services including issuance of ration card, health card, senior citizen identity card, revenue khatas and marriage registration certificate. The service will cost a citizen Rs 115.

6 - MP government to use drones for mapping villages 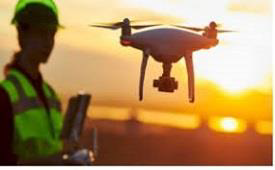 The Madhya Pradesh state government has decided to use drones for mapping villages. Currently, land survey work is being done either manually or with the help of satellite images in the state. 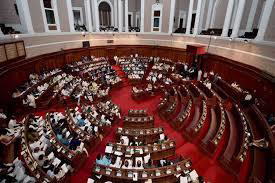 The West Bengal Finance Minister, Dr. Amit Mitra proposed 2,55,677 crore rupees budget for the next fiscal in the state assembly.

The Budget for 2020-21 shows a limited deficit of eight crore rupees. Dr. Mitra proposed Revenue Receipts of 1,79,398 crore rupees while receipts from public debt and loans around 80,000 crore rupees. The Budget puts emphasis on employment generation and economic development besides launching of several social sector schemes. A new incentive scheme for MSME named “Bangashree” and soft loan subsidy for the new income-generating project up to 2 lakh rupees was proposed. 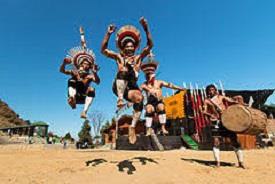 Tripura government for the first time organised two-day Hornbill Festival to raise awareness for forest bird conservation "Hornbill" and to boost the livelihood of the people through tourism. The first-ever hornbill festival in Tripura was celebrated at Barmura Eco park. Indian hornbill is the large and colourful forest bird, which is displayed in the folklore of most of the tribes among the tribals in northeast India. The northeastern region has the highest diversity having five hornbill species.

Various tourists including foreigners visited the park as a new conservation centre for hornbills is the major attraction. 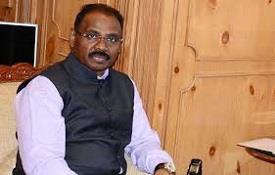 Lieutenant Governor G C Murmu will head 24 members reconstituted Jammu and Kashmir Science Technology and Innovation Council (STIC). Members of the council include five representatives from Jammu and Kashmir government, 10 from universities and research and development institutions and eight from the Science and Technology Department of the Central Government. Chief Secretary J&K B V R Subrahmanyam has been nominated as the chairman of the six-member executive committee of STIC.

J&K STIC endeavors to harness the potential of science and technology as an instrument of socio-economic change. The council conducts science popularisation programmes and confers awards to scientists. 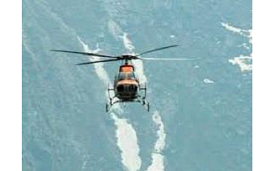 Ministry of Civil Aviation (MoCA) operationalised the first ever helicopter services from Dehradun’s Sahastradhara helipad to Gauchar, and Chinyalisaur under the Regional Connectivity Scheme – Ude Desh Ka Aam Nagrik (RCS-UDAN) of Government of India. The inauguration of the heli routes in the Uttrakhand region is in line with the objective of the Ministry of Civil Aviation to enhance the aerial connectivity of the hilly areas in the country. 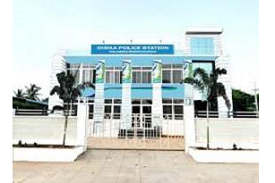 Disha station is first of the 18 police stations that are set to open up under the Disha Act which looks at the completion of an investigation of heinous crimes against women and children within seven days, trial in 14 working days and conviction in court to 21 days. 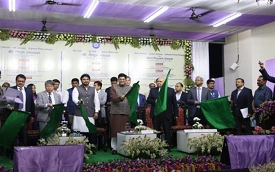 Railway Minister Piyush Goyal inaugurated the first phase of East-West Metro in Kolkata. It will be country's first underwater train lines where trains will play in tunnels under river Hooghly. The 4.88-km section of the metro corridor connects Sector V with Salt Lake Stadium.

The 16.6-km-long rapid transit system, connecting the twin cities of Kolkata and Howrah is expected to be completed by mid -2022. More than 2,400 crore rupees have been spent for first phase of East-West Metro. 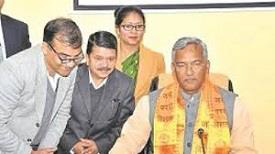 The web portal has been developed by Uttarkhand state National Informatics Centre. It will provide all the important information regarding Chardham yatra to the people from any part of the world. Badrinath and Kedarnath are one of the most visited pilgrimage centers of India, having recorded 10,60,000 visits. 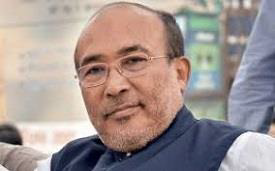 Manipur government has planned to provide irrigation water by the Minor Irrigation Department to places having adequate arable land and large number of farmers. The government has also taken up steps to produce sufficient quantity of fishes by providing loans to 800 selected fish farmers. 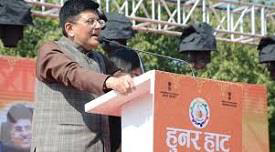 The 20th ‘Hunar Haat’ was held at India Gate Lawns, Rajpath, New Delhi. It was organised by the Ministry of Minority Affairs and the theme of the haat was ‘Kaushal Ko Kaam’.

Master artisans, craftsmen, and culinary experts from across the country participated in the haat. Similar ‘haats’ are being organised across India as part of an effort to empower master artisans. The next Hunar Haat will be organised at Ranchi from 29 February to 8 March, and in Chandigarh from 13 to 22 March. 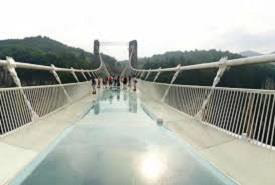 The Uttarakhand Government approved a glass-floor suspension bridge, to be built across the river Ganga in Rishikesh, Uttarakhand. It is first of its kind in the country to have a floor made of toughened transparent glass. The bridge is similar to the iconic Lakshman Jhula, almost 94 years old, which was closed in 2019 due to safety reasons.

Public Works Department has designed the bridge of 1.5m in width on both sides on 2.5m wide road. 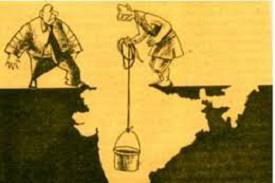 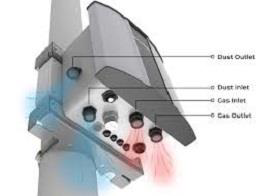 Mumbai witnessed particulate matter concentration rise by 80% from 2007 to 2018. Mumbai’s PM10 concentration was considered as highest in 20 years in 2018 at 162 microgrammes per cubic metre (µg/m3). 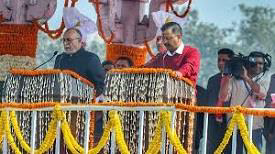 Mr. Kejriwal's first term lasted only for 49 days and completed the full tenure in the second term. The Aam Aadmi Party swept the Delhi assembly polls with 62 out of 70 seats.

20 - J&K, Ladakh to come under jurisdiction of CAT soon 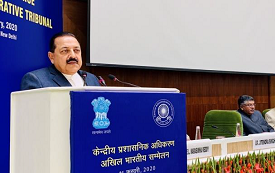 Union Territory of Jammu & Kashmir and Ladakh will soon be covered by the Central Administrative Tribunal (CAT). The CAT so far had jurisdiction only over central services issues in Jammu and Kashmir. Justice L. Narsimha Reddy is the Chairman of CAT.

An exclusive bench of the Central Administrative Tribunal will be set up in Jammu and Kashmir and till then the Chandigarh bench of the tribunal may attend to the service disputes and other cases from the Union territory. 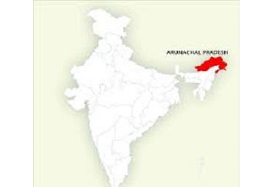 Arunachal Pradesh state government will form a committee on Stilwell Road Development and would appeal Government of India for prioritising on restoration of the road. Both India and Myanmar would be mutually benefitted by the road. The re-opening of the Stilwell Road would also act as catalyst for cross border trade.

The Historic Ledo Road or Stilwell Road was constructed by the Allied Soldiers lead by America during the Second World War. The road links northeastern India with the Burma Road (Myanmar), and from Myanmar to China. 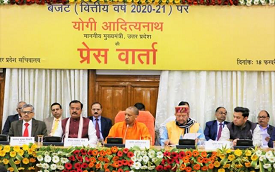 Chief Minister Yogi Adityanath-led Uttar Pradesh government presented a Rs. 5,12,860.72 crore budget for FY 2020-21 in the state assembly. The state government has made provisions worth Rs 10,967.87 crore for new schemes. 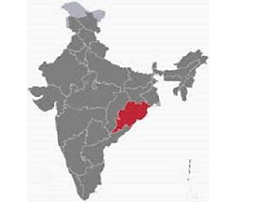 Finance Minister Niranjan Pujari presented the annual budget of the Odisha state for 2020-21 with an outlay of 1.5 lakh crore rupees. He had presented a 1.39 lakh-crore rupees Budget last year. 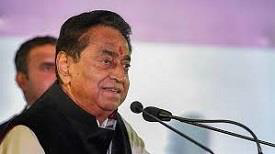 Madhya Pradesh has become the first state in the country to introduce the unified registration card and the second state to launch the unified driving license after Uttar Pradesh.

Ministry of Road Transport and Highways (MoRTH) had issued the guidelines to bring uniformity in driving licenses and vehicle registration cards across the country in March last year. These cards are being issued in compliance with these guidelines. The new cards will have more exhaustive information printed on both the sides of the cards. It will also bear a unique number recognised across the country. 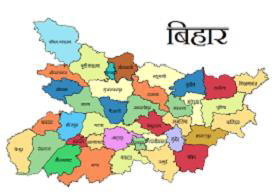 26 - NABARD sanctioned over Rs. 400 cr. to boost infrastructure in J&K

National Bank for Agriculture and Rural Development (NABARD) has sanctioned an amount of 400.64 crore rupees to UT of J&K during the current financial year for giving boost to the infrastructure in the rural areas. The funding is a part of the NABARD’s ‘Rural Infrastructure Development Fund (RIDF) - Trench XXV’.

The Bank has sanctioned 209.87 crore rupees for construction of 82 rural roads and 03 bridges and 143.66 crore rupees has been sanctioned for implementation of 38 water supply schemes. The Bank also sanctioned an amount of 47.11 crore rupees towards improving the Animal and Sheep Husbandry sectors. 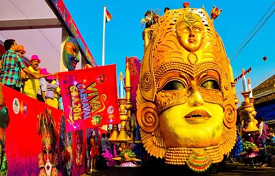 The world-famous Goa Carnival was celebrated across Goa including the capital Panaji. The festival, which displays Goan art and culture, is celebrated with fun, frolic, pomp and splendor. The four day carnival is said to be one of the few most glamorous carnivals in Asia and also the only carnival celebration in India.

Goa carnival is a colourful and vibrant celebration. It is usually held in the month of either February or March. Goa Carnival was brought to India by the Portuguese settlers. 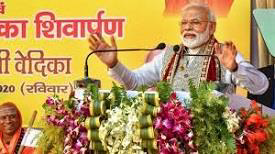 People witnessed launch of new scheme ‘One District, One Product’ (ODOP) in which one craft per district was identified. It was launched due to availability of more than 23 lakh artisans and weavers in Uttar Pradesh. 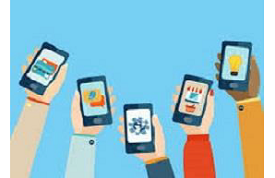 Kerala’s Chief Minister Pinarayi Vijayan launched “Yodhavu” (Warrior) mobile app (application) at Kochi, Kerala. 'Yodhavu' (Warrior) is a mobile app through which public can inform police about drug abuse and its distribution. It was launched with an aim to curb the growing menace in the State. The unique feature of app is that the informer's identity could be kept secret.

A most modern cyberdomcyber crime police station was also inaugurated in Kochi, Kerala. The model of Kochi city police's new police complex being constructed at Marine Drive was also unveiled at the launch event.

The 1st edition of the Bharat-Bangla Paryatan Utsav-Tourism festival started in Agartala, Tripura to promote tourism in Tripura. The festival was organised in remembrance of the contribution of Tripura in 1971 Bangladesh liberation war as well as to boost the tourism sector of Tripura.

The first-ever colourful Bharat-Bangla Paryatan Utsav registered massive gathering in the city. The artists from Tripura, Bangladesh and Kolkata enthralled the audience with their electrifying performances. Some of the tour operators and tourist guides were awarded in the programme. 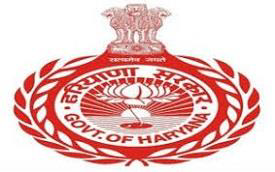 Government of Haryana announced to open Atal Kisan – Majdoor canteens across the state. Haryana will also open sugar mills across the state to provide affordable and cheap meals to farmers and laborers at a concessional rate of 10 rupees per plate. These canteens have started functioning at five Market Committees namely, Karnal, Bhiwani, Nuh, Panchkula, Fatehabad Market Committee Mandi and at Karnal Co-operative Sugar Mill.

Haryana government will also provide free and concessional travel facility to 41 different categories of residents in the ordinary buses of Haryana Roadways.

Maharashtra’s Upper House has unanimously passed the Maharashtra Compulsory Teaching and Learning of Marathi Language in Schools Bill, 2020. The Bill proposes to make Marathi a compulsory subject in all schools across the state.

According to the legislation, schools found in non-compliance with the provisions of the bill would attract penalty of upto 1 lakh rupees. The bill covers all schools irrespective of the boards they are affiliated to.