Central Board of Direct Taxes has issued clarification on the Finance Bill, 2020. It has proposed that an Indian citizen shall be deemed to be resident in India if he or she is not liable to be taxed in any country or jurisdiction.

CBDT noted that the interpretation that Indians who are bonafide workers in other countries, including in the Middle East, and who are not liable to tax in these countries, will be taxed in India on the income that they have earned there is incorrect. 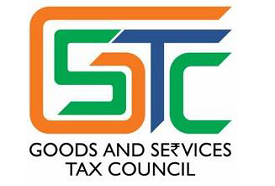 It is also the sixth time that the monthly GST revenue has topped Rs 1 lakh crore. The total revenue earned by the centre and state governments after regular settlement in January 2020 is Rs 45,674 crore for CGST and Rs 46,433 crore for SGST.

3 - India bans exports of all kinds of personal protection equipment 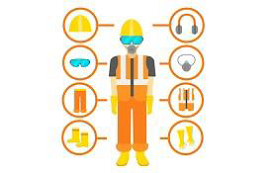 India has banned exports of all kinds of personal protection equipment, including clothing and masks used to protect people from air borne particles.

The move assumes significance as there could be a spurt in demand for such products due to outbreak of novel Coronavirus in China.

The Directorate General of Foreign Trade, DGFT, has also banned imports of stock lot papers. These are kind of discarded, improper sized and unused papers. The move aims at cutting down imports of non-essential items into the country. 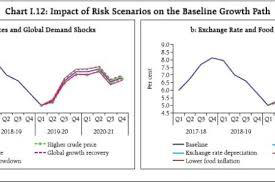 Macro-economic Framework Statement (MFS) 2020-21 predicted rebound of GDP growth from the first quarter of 2020-21 despite a temporary moderation in the GDP growth in 2019-20 owing to global headwinds and challenges in the domestic financial sector. 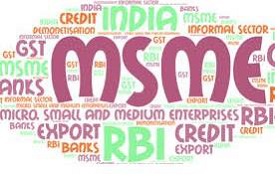 Union Budget proposed to raise by five times the turnover threshold for audit from the existing Rs. 1 crore to Rs. 5 crore so as to reduce the compliance burden on small retailers, traders, shop keepers who comprise the Medium, Small and Micro Enterprise (MSME) sector.

The increased limit shall apply only to those businesses which carry out less than 5% of their business transactions in cash, in order to boost less cash economy. Currently, businesses having turnover of more than Rs 1 crore are required to get their books of accounts audited by an accountant. 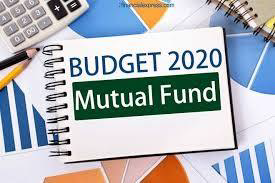 In order to increase the attractiveness of the Indian Equity Market, to provide relief to a large class of investors and to make India an attractive destination for investment, the Union Budget proposed to remove the Dividend Distribution Tax and allow deduction for the dividend received by holding company from its subsidiary. The removal of DDT will lead to estimated annual revenue forgone of Rs. 25,000 crore.

Further, non-availability of credit of DDT to most of the foreign investors in their home country results in reduction of rate of return on equity capital for them. 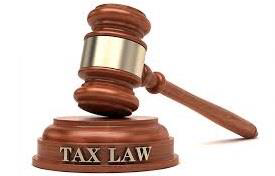 In order to incentivize the investment by the Sovereign Wealth Fund of foreign Governments in the priority sectors, the Union Budget proposed to grant 100% tax exemption to the interest, dividend and capital gains income in respect of investment made in infrastructure and other notified sectors before 31st March, 2024 and with a minimum lock-in period of 3 years.

A sovereign wealth fund is a state-owned investment fund that invests in real and financial assets such as stocks, bonds, real estate, precious metals, or in alternative investments such as private equity fund or hedge funds.

8 - Deadlines for relaxation for affordable housing extended by one year 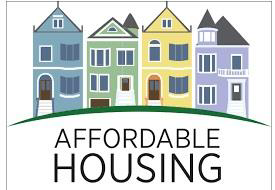 Finance Minister proposed to extend the date of loan sanction, for availing this additional deduction by one more year so as to ensure that more persons avail this benefit and to further incentivise the affordable housing.

For realisation of the goal of ‘Housing for All’ and affordable housing, an additional deduction of up to one lakh fifty thousand rupees for interest paid on loans taken for purchase of an affordable house was announced in budget. The deduction was allowed on housing loans sanctioned on or before 31st March, 2020. 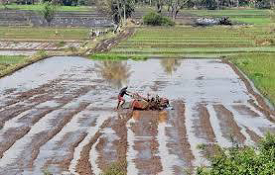 Action points are as follows: 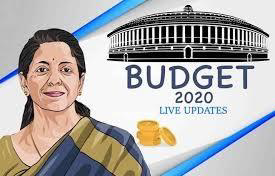 Union Finance and Corporate Affairs Minister, Smt Nirmala Sitharaman allocated a total outlay of Rs.99,300 crore for the education sector in 2020-21 and Rs.3000 crore for Skill Development. About 150 Higher Educational Institutions will start apprenticeship embedded diploma courses by March 2020-21 to improve the employability of students in the general stream.

A National Police University and a National Forensic Science University have also been proposed in the domain of policing science, forensic science, cyber-forensics, etc. In order to meet the requirement of qualified medical doctors, it is proposed to attach a medical college to an existing district hospital in PPP mode. 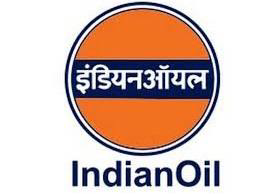 The agreement is a part of India’s strategy for diversifying the country’s crude oil supplies from non-OPEC countries. The crude oil, being sourced under the contract, will be loaded in Suezmax vessels at Novorossiysk port of Russia and will come to India, bypassing Straits of Hormuz. 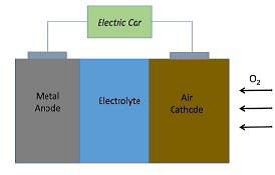 Indian Oil Corp has bought a minority stake in Israel's Phinergy and signed a joint venture deal to produce metal-air batteries, an alternative to more mainstream lithium technology. The IOC and Phinergy will set up a joint venture in India to manufacture Al-Air batteries and to facilitate development of supporting infrastructure.

Al-Air battery technology would complement lithium-ion batteries to provide a hybrid solution for the large-scale adoption of electric vehicles.

13 - Eastern Railways partnered with Amazon India to set up kiosk 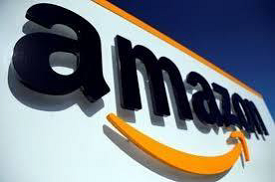 Amazon India entered into a partnership with Eastern Railways to set up a pick-up kiosk at the buzzing Sealdah railway station in Kolkata, West Bengal. The kiosk will be treated like a small open-fronted hut or cubicle from where newspapers, refreshments, tickets, etc., will be sold. The same initiative was also done by Mumbai across four railway stations.

Amazon.com, Inc. is an American multinational technology company based in Seattle. The Amazon India Shopping App markets over 17 crore products. 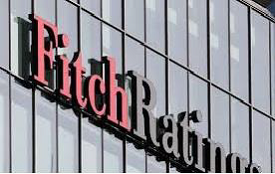 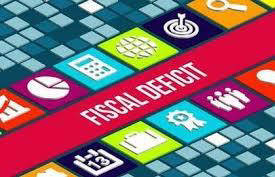 The government's fiscal deficit touched 132.4% of the full-year target at December-end mainly due to slower pace of revenue collections. 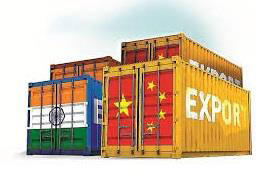 As a result, India’s trade deficit with China reduced from USD 63.05 billion to USD 53.57 billion in the said period.

17 - Decline in growth rate in Food and Grocery Retail Sector 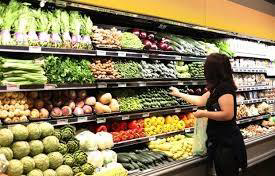 As per NAS 2019 estimates, the food processing sector is growing at the annual average rate of 8.19% during the last five years ending 2017-18. Data on growth rate specific to retail (food & grocery) sector is not available. For promoting growth in food processing sector, the Ministry of Food Processing Industries (MoFPI) is implementing an Umbrella Scheme-PRADHAN MANTRI KISAN SAMPADA YOJANA (PMKSY) with an outlay of ₹6,000 crore for its implementation during 2016-17 to 2019-20.

MoFPI is also implementing the scheme "Operation Greens" under the PMKSY since November 2018 for integrated development of value/supply chain exclusively of tomato, onion and potato (TOP) crops in selected States on pilot basis.

18 - Birla Estates introduced “LIDEA” on WhatsApp for its customers 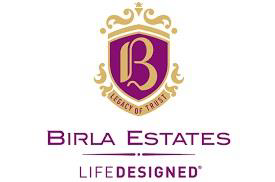 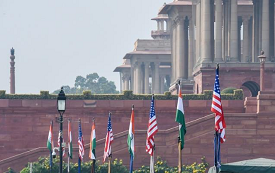 The United States has surpassed China to become India's top trading partner. According to the Commerce Ministry data, the bilateral trade between the US and India stood at nearly 88 billion dollars in 2018-19 fiscal. During the period, India's trade with China was at 87.1 billion dollars. 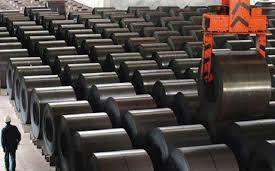 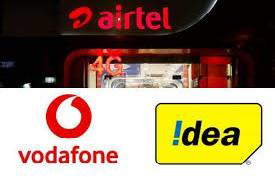 The Supreme Court directed the Managing Directors and Directors of telcos and other firms to pay adjusted gross revenue (AGR) of 1.47 lakh crore rupees to the Department of Telecommunications, DoT. The legal battle over the AGR controversy, a nearly 15-year-old dispute, came to an end in October 2019, when the apex court ordered that the telecom companies pay over Rs 1.4 lakh crore including the original demand, interest and penalty charges.

Telecom companies had approached the Supreme Court in January, seeking modification in its verdict to get more time to pay up. The court had rejected the plea. 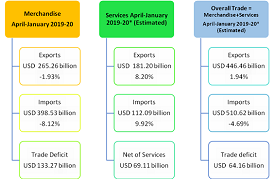 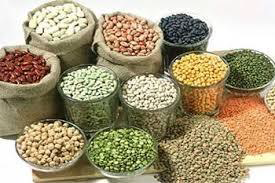 The rate of inflation based on WPI Food Index consisting of 'Food Articles' from Primary Articles group and 'Food Product' from Manufactured Products group decreased from 11.05% in December, 2019 to 10.12% in January, 2020. 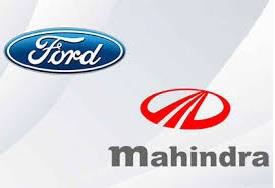 In October 2019 M&M said it would buy 51% stake in Ardour Automotive Pvt Ltd for around ₹657 crore. The automotive business includes vehicle manufacturing plants of Ford India in Chennai and Sanand.

25 - India out of US’ developing nations list for trade benefits 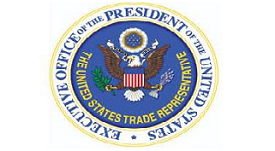 The office of the US Trade Representative (USTR) removed India from its list of developing countries that are exempt from investigations into whether they harm American industry with unfairly subsidised exports. This makes India ineligible for benefits given by Washington to developing countries.

The United States Trade Representative eliminated other such nations such as Brazil, Indonesia, Hong Kong, South Africa and Argentina. India was removed from the list and declared as ‘developed nation’ for being a G-20 member and having a share of 0.5% or more of world trade. 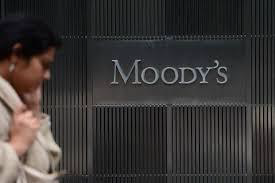 Moody's Investors Service has slashed India's growth forecast to 5.4% for 2020 from 6.6% projected earlier. In its Global Macro Outlook, Moody's highlighted India's economy has decelerated rapidly over the last two years and expects economic recovery to begin in the current quarter.

The growth projections are based on calendar year and as per its estimates, India has clocked a GDP growth of 5% in 2019. Global GDP growth forecast has been revised down, and Moody's now expect G-20 economies to collectively grow 2.4% in 2020, followed by a pickup to 2.8% in 2021.

According to industry body ISMA, India's sugar export may cross 5 million tonnes in the marketing year ending September 2019, on higher demand from overseas amid a global deficit of 8-9 million tonne. For the current year, the government has allowed export of 6 million tonne of sugar under Maximum Admissible Export Quota to help deal with the surplus sugar.

The country's sugar production has reached nearly 17 million tonnes till February 15 of the current marketing year. 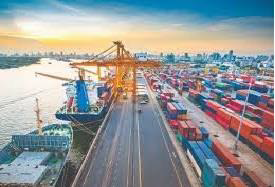 The Special Economic Zones (SEZs) have achieved 100-billion-dollar worth of exports in FY 2019-20,as on 17th February 2020. The services segment was driver of the export growth at 23.69%. There was almost 4% growth in manufacturing segment also. 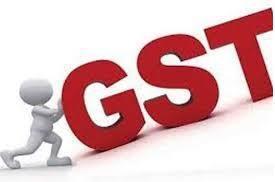