Step 1 − Create state table from the given NDFA.

Step 5 − Each time we generate a new DFA state under the input alphabet columns, we have to apply step 4 again, otherwise go to step 6.

Let us consider the NDFA shown in the figure below. 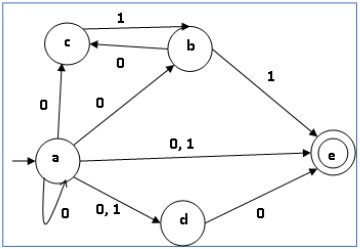 Using the above algorithm, we find its equivalent DFA. The state table of the DFA is shown in below.

The state diagram of the DFA is as follows − 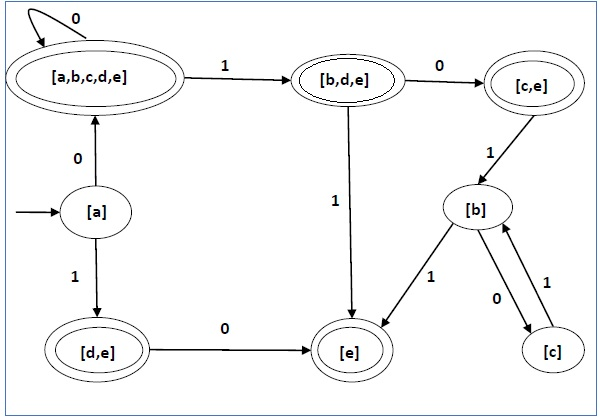