Definition − A context-free grammar (CFG) consisting of a finite set of grammar rules is a quadruple (N, T, P, S) where

A derivation tree or parse tree is an ordered rooted tree that graphically represents the semantic information a string derived from a context-free grammar.

If S → x1x2 …… xn is a production rule in a CFG, then the parse tree / derivation tree will be as follows − 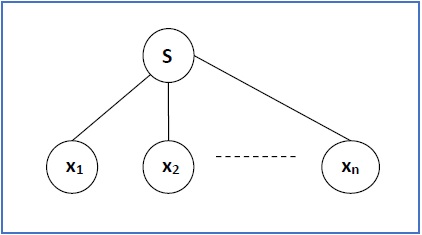 There are two different approaches to draw a derivation tree −

Derivation or Yield of a Tree

The derivation or the yield of a parse tree is the final string obtained by concatenating the labels of the leaves of the tree from left to right, ignoring the Nulls. However, if all the leaves are Null, derivation is Null.

One derivation from the above CFG is “abaabb” 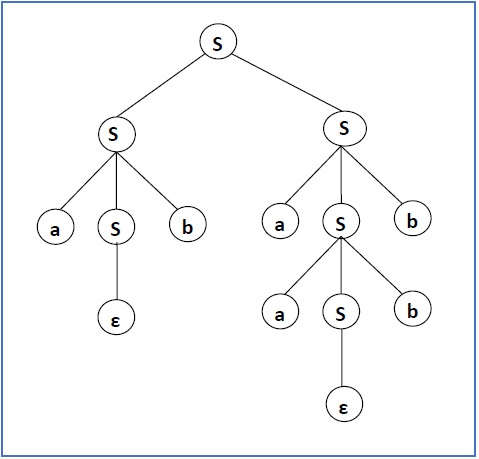 If in any CFG the productions are −

the partial derivation tree can be the following − 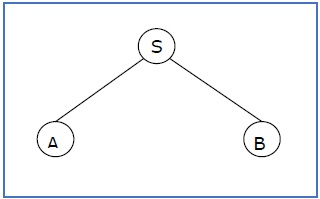 Leftmost and Rightmost Derivation of a String

Let any set of production rules in a CFG be

over an alphabet {a}.

The leftmost derivation for the string "a+a*a" may be − 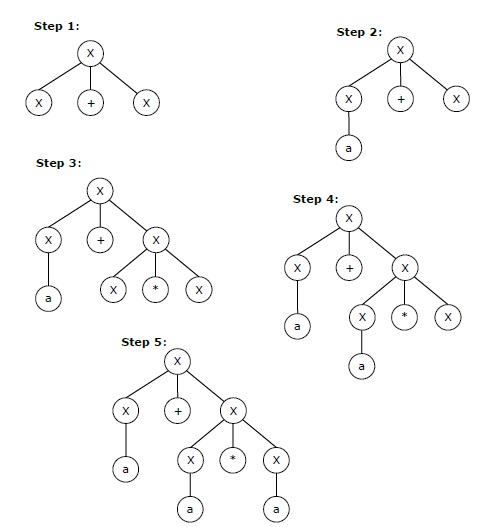 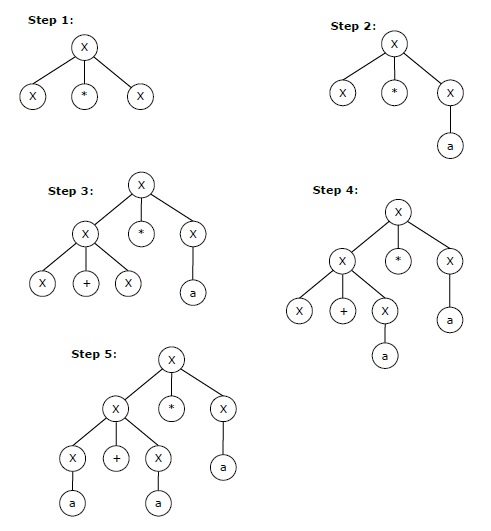