A language is called Decidable or Recursive if there is a Turing machine which accepts and halts on every input string w. Every decidable language is Turing-Acceptable. 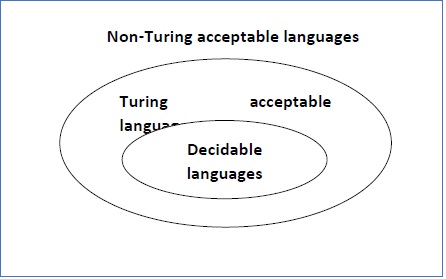 For a decidable language, for each input string, the TM halts either at the accept or the reject state as depicted in the following diagram −

Find out whether the following problem is decidable or not −

Hence, it is a decidable problem.

Given a regular language L and string w, how can we check if w ∈ L? 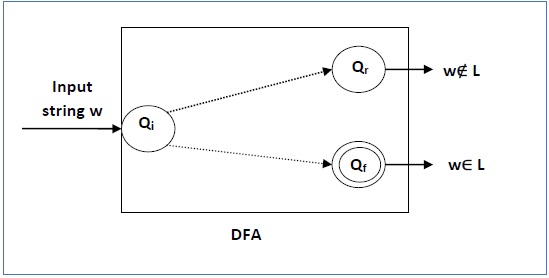 Some more decidable problems are −