All Android Apps have a manifest file commonly referred to as AndroidManifest.xml. The manifest file contains everything about the Android platform that an App needs in order to run successfully.

Here, we have listed down some of the important functions of a manifest file − 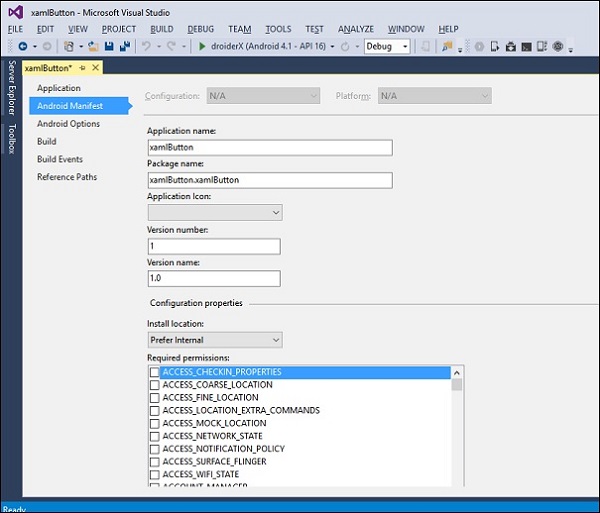 Application name − It refers to the title of your App

Package name − It is an unique name used to identify your App.

Application Icon − It is the icon displayed on the Android home screen for your App.

Version Number − It is a single number that is used to show one version of your App is more recent than another.

Version Name − It is a user-friendly version string for your App that users will see on your App settings and on the Google PlayStore. The following code shows an example of a version name.

Minimum Android Version − It is the lowest Android version platform which your application supports.

In the above example, our minimum Android version is API Level 16, commonly referred to as JELLY BEAN.

Target Android Version − It is the Android version on which your App is compiled against.