When a user navigates through an Android App, a series of events occurs. For example, when a user launches an app, e.g., the Facebook App, it starts and becomes visible on the foreground to the user, onCreate() → onStart() → onResume().

If another activity starts, e.g., a phone call comes in, then the Facebook app will go to the background and the call comes to the foreground. We now have two processes running.

When the phone call ends, the Facebook app returns to the foreground. Three methods are called.

There are 7 lifecycle processes in an Android activity. They include − 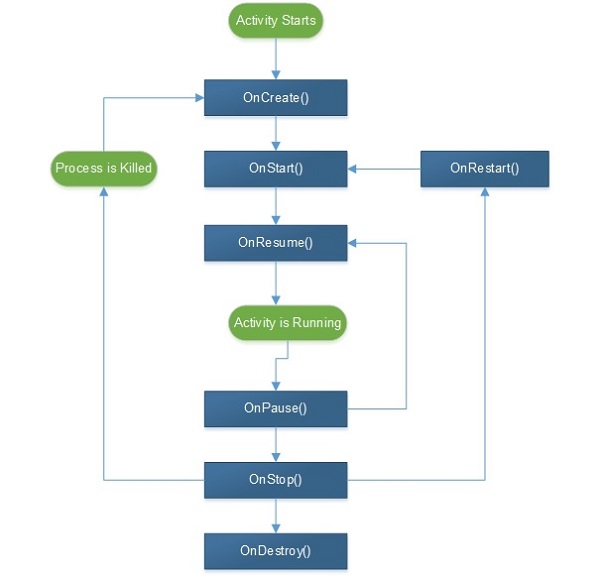